Are we looking at an Orlando false flag with the recent mass shooting at Pulse (a gay nightclub in Orlando, Florida) where over 50 people were reportedly killed?

False flag attacks happen in the US with a certain and predictable regularity. It has been awhile since the last major false flag attack on US soil (San Bernardino), interspersed with one in Europe (Brussels).

In recent years, the NWO manipulators throw a false flag operation into the mix every so often for numerous reasons.

A first is to ensure the public doesn’t forget about being scared of being attacked anywhere at any time in their home towns.

A second is to ensure the public doesn’t forget to continue being afraid of the bogeyman du jour (in this case ISIS or Islamic terrorism, better named Zio-Islamic terrorism in deference to the real force [Zionism] behind it).

A third is to target different places (schools, movie theaters, nightclubs, etc.) and different segments (gays, teachers, etc.) in and of society, so that everyone starts to feel personally threatened by the specter of a mass shooting or bombing, because they identify more with that type of place or segment.

A fourth is gun control: the continuing agenda which has been greatly accelerated under Obama for the US to override the 2nd Amendment, forbid gun ownership and bring US laws into “harmonization” with those of the Rockefeller-influenced UN.

A fifth is distraction: the NWO social engineers time these events to keep other important topics out of the news (such as the ongoing and nefarious efforts to pass the TPP, TTIP, TISA, CETA and other giant “free-trade” agreements to further enslave the average citizen).

There are other reasons, but that’s a brief summary.

The notorious G4s is a British multinational private security company, the world’s largest by revenue. It has already been exposed as having ties with Israel, and the security-intellignece apparatus of the US-UK-Zionist axis (CIA, MI6, Mossad).

For instance, G4S was helping Israel with its prisons before recently pulling out due to unfavorable publicity (thanks to the BDS movement). It is therefore rather intriguing that the suspected mass killer/shooter (or patsy) Omar Mateen, a 29 year old Muslim man, has been a G4S employee since 2007.

Here is the official statement from G4S:

“Omar Mateen was employed by G4S at a residential community in South Florida and was off-duty at the time of the incident. Mateen was subject to detailed company screening when he was recruited in 2007 …”

G4S is connected to 9/11 and Guantanamo too, as this article on Washington’s Blog states:

With so many of these false flag events, the killers or patsies are already known to the FBI or other intelligence agencies. The FBI knew about Mateen; they evaluated his potential for terrorism by interviewing him at least two different times.

You may recall that the FBI has become famous of late for its “sting operations”, where it has knowingly and willingly orchestrated fake terrorist acts to supposedly make us safer, while at the same time entrapping gullible people to play along and justifying its own existence.

You can read more on the subject here: 94% Of All Terrorist Attacks Are Invented By The FBI

Orlando False Flag Clue #3: Alleged Killer Shot Before He Could Speak or Be Tried

Dead men tell no tales. Omar Mateen has been shot, so we’re never going to hear his side of the story. This is certainly not the first time this has happened.

ISIS is the pet Frankenstein of the New World Order, so you can thoroughly expect the ISIS card to be played at false flag events to further (and falsely) cement in people’s minds the idea that ISIS is a real and imminent threat to America.

It is patently obvious to many by now that ISIS-IS-ISIL-Daesh is a US-Israeli creation. Just like Islamic terrorists supposedly chanting “Allah Akbar” every time before they kill, the pledge of allegiance to ISIS has become a standard ingredient in the recent Western false flag recipe.

You know the drill. Same time, same place, same event. With this Orlando mass shooting, there was a MCI (Mass Casualty Incident) drill that occurred 3 months ago, although there is not much information about the nature of it.

As with almost all false flag attacks, there is a numerological marker to the Orlando false flag event. The attack took place yesterday on June 12th, 2016, written in American English as 6/12/2016.

The occult symbolism of this number is painted all over Illuminati and other Secret Society events. Coincidence? You decide.

Another reason to suspect the official narrative of the Orlando mass shooting is simply the alleged numbers of dead victims.

More than 50 dead? The greatest number of dead people in the US since 9/11?

So how does a security guard manage to possess the training and prowess to kill that many people in that short a time?

We come across the same loophole in the official story of Sandy Hook, where skinny kid Adam Lanza is supposed to have shot and killed 26 people in record time.

“More than 50 dead? Only one shooter? And the guy was not even a special forces professional, but a flaky security guard?! (Who just happened to be on all the National Security radar screens, like so many others now-proven patsies.) Sorry, MSM, that doesn’t pass the smell test.

“It’s funny how almost all “Muslim terrorists” are either ridiculously ultra-competent supermen able to take down skyscrapers and blow up the Pentagon using a couple of package-openers as their only weapons; kill ludicrously large numbers of people in mass shootings without any military training; or otherwise perform amazing feats of mass carnage… or else they are the world’s LEAST competent destruction-wreakers, dufuses who can’t get a match lit to try to blow up their own shoe, or who pack their underwear with sterno camping fuel and no detonator and somehow expect their crotch to explode.”

Bonus! Clue #8: One of the First Eyewitnesses to the Orlando Attack is An Actor

As this article details, one of the first Orlando shooting eyewitnesses interviewed by the MSM is an actor. 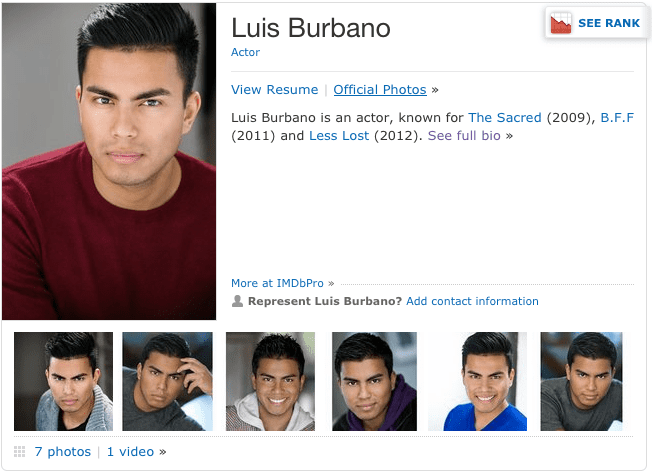 His name is Luis Burbano and you can see his IMDb profile here. This is not the first time that an actor is involved in a false flag event.

During the Sandy Hook operation, David and Francine Wheeler (both actors) have allegedly lost a son during the “shooting.” Unfortunately for them, David Wheeler was also spotted playing the role of an FBI agent in the same event.

Ever since the false flag, they have traveled the country as paid anti-gun lobbyists. You can read more here.

Steven Spielberg was photographed during the Boston Marathon false flag, trying to blend in the crowd and allegedly carrying to safety a “wounded” person.

The inconsistencies with these false flag events are so many, that I invite you to browse the ‘False Flags’ category on my website and revisit some of the older articles.

Multiple eyewitnesses are saying there is more than one shooter. Here’s one example:


Conclusion: Question Everything about the Orlando Mass Shooting

As always, you have to question everything about these attacks. If you want the truth, you’ll get more of it by flipping or inverting everything the MSM (Mainstream Media) says, and using that as your starting point for investigations, rather than the other way around.

Stay tuned for more evidence as the situation unfolds.

Akon Has Done More for Africans in ONE Year Than Most Charities Have Done in DECADES Previous post
Orlando ISIS Shooter Closely Connected to US Government: Ex-CIA Contractor Next post