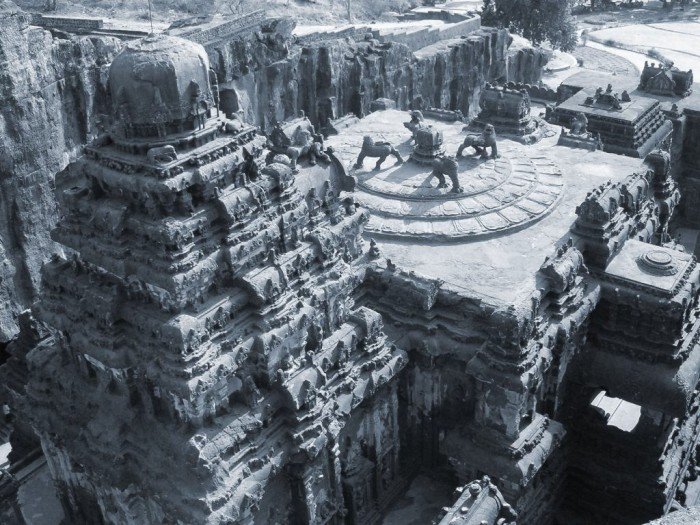 Ancient Engineering Wonders: This 1,200-Year-Old Temple Was Carved Out of Solid Rock!

Many archaeological discoveries and ancient monuments that survived to the present day suggest that our ancestors were far more advanced than we think.

Massive and sometimes “impossible” structures make us wonder how the ancient people built something like this thousands of years ago, without the sophisticated construction equipment we have today.

One of such structures is the majestic Kailasa temple, which was carved out of a single rock 1,200 years ago. 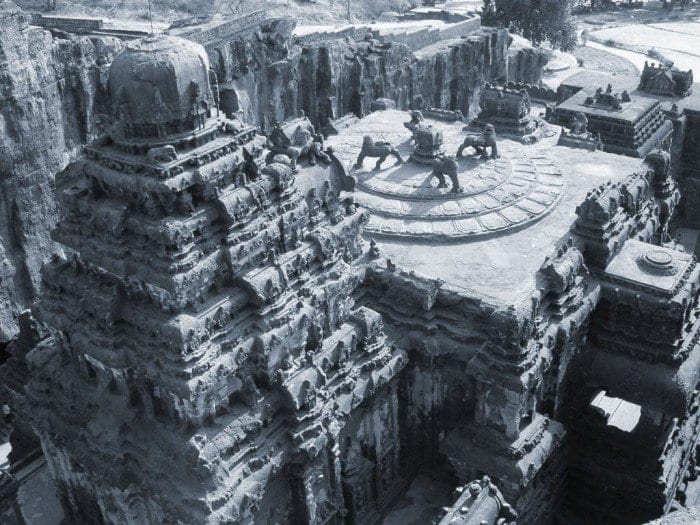 Located in the Maharashtra state in western India, it’s definitely one of the most impressive ancient Hindu temples.

It’s a part of the famous Ellora Caves, an area that extends over more than two kilometers (1,2 miles) and includes the total of 34 monasteries and temples.

The Kailasa temple is 164 feet deep, 109 feet wide, and 98 feet high, which makes it one of the largest monolithic structures in the world.

It is oriented towards the Mount Kailash, which is the home of the god Shiva, according to the Hindu beliefs. 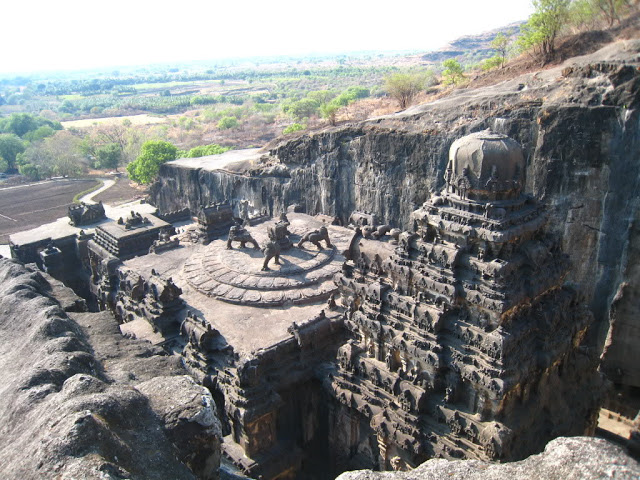 The huge monolithic pillars in the courtyard, which are flanking the entrance on both sides, are particularly striking.

It is estimated that about 400,000 tons of rocks were cooped out to build this amazing monolithic structure.

The walls were carved with extreme precision from top down, with a vertical excavation method. No surprise that this challenging task took centuries of human labor to complete. 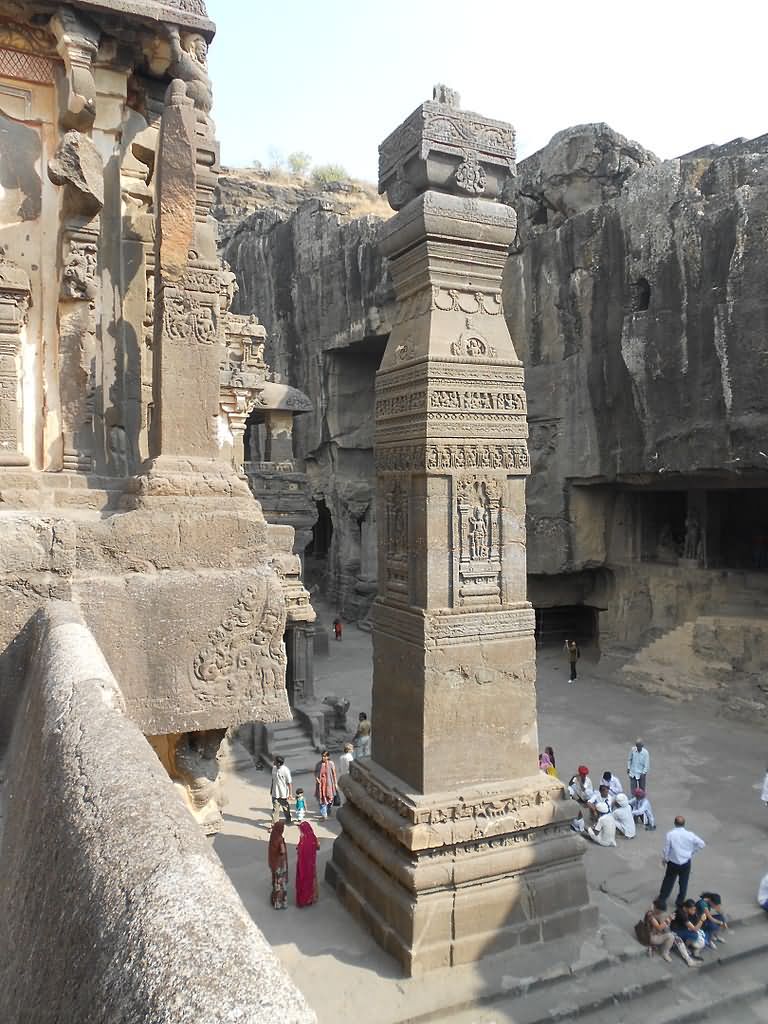 Most archaeologists believe that the Kailasa temple was completed in the 8th century, during the reign of King Krishna I of the Rashtrakuta dynasty. It is also thought that the earliest carvings were made back in 300 BC.

K. Dhavalikar, a retired Professor of Archaeology and the Director of the Deccan College Post-Graduate Research Institute in Pune, India, wrote a book based on the results of his research in the Ellora Caves.

According to him, “all these shrines and the Kailasa were not excavated at the same time, but belong to different periods.” (“Ellora”, M. K. Dhavalikar, 2003, p. 44).

Despite all the research efforts, the archaeologists are clueless as to who built the temple and for what purpose.

The only certain thing is that the builders of the Kailasa temple had truly remarkable skills since they managed to create such a huge monolithic structure using just a few hand tools like hammers, chisels, and picks. 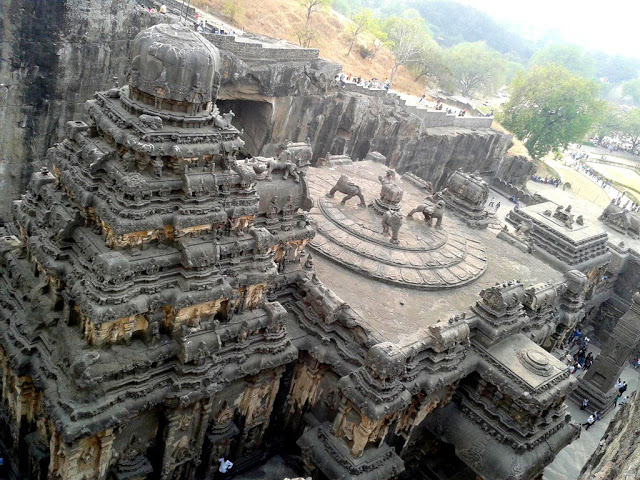 There are still many questions that remain unanswered about the origin and builders of the temple. Some people even argue that it was built with the use of alien technologies.

You can learn more about this theory in the video below:

Black Budgets: This is What the ‘Secret Government’ Doesn’t Want You to Know Previous post
Consciousness and the Unified Field Next post