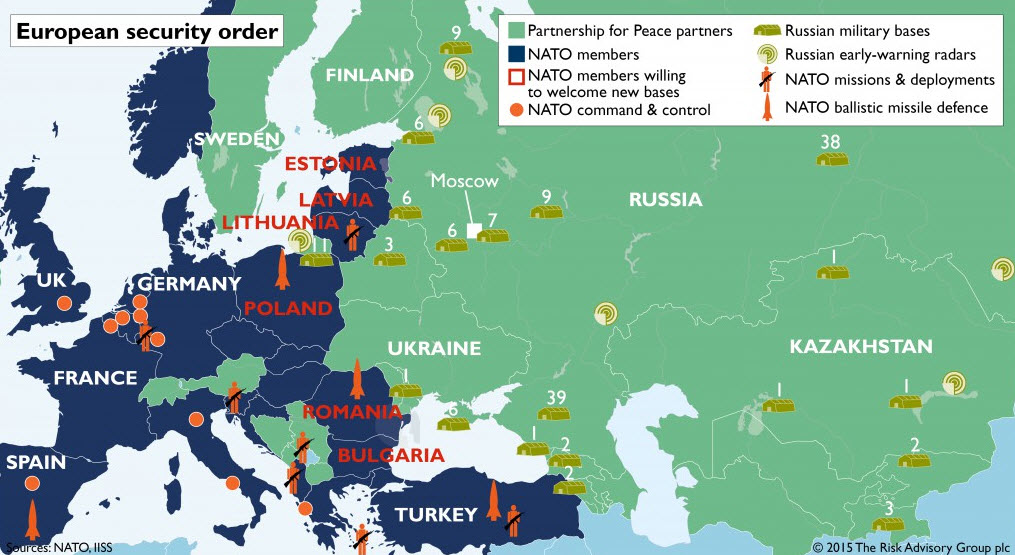 As we reported in just the past week, not only has NATO accelerated its encirclement of Russia, with British soldiers deployed in Estonia, US soldiers operating in Latvia and Canadians in Poland, while combat units are being increased in the Mediterranean…

…but even more troubling, was NATO’s assessment that it may now have grounds to attack Russia when it announced that if a NATO member country becomes the victim of a cyber attack by persons in a non-NATO country such as Russia or China, then NATO’s Article V “collective defense” provision requires each NATO member country to join that NATO member country if it decides to strike back against the attacking country. 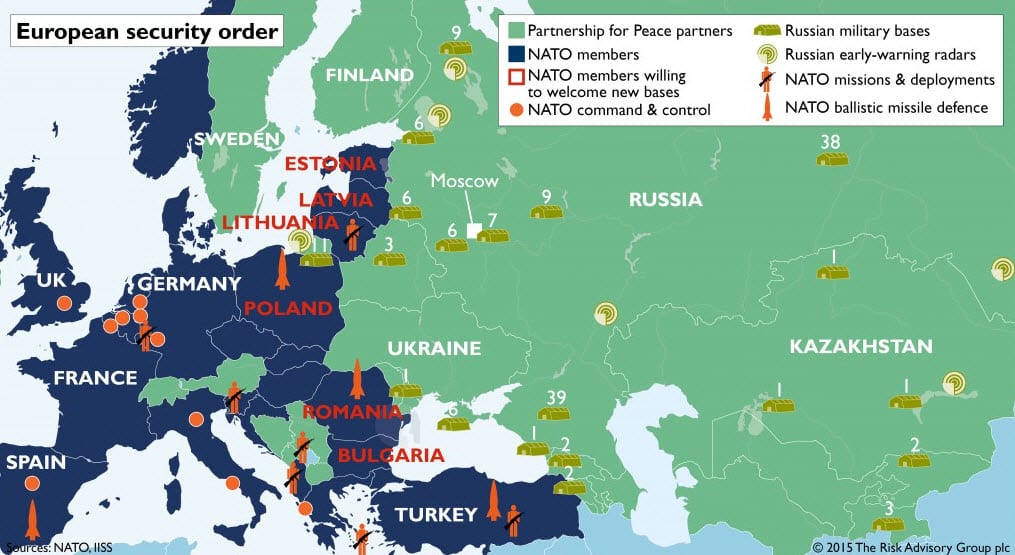 Specifically, NATO is alleging that because Russian hackers had copied the emails on Hillary Clinton’s home computer, this action of someone in Russia taking advantage of her having privatized her U.S. State Department communications to her unsecured home computer and of such a Russian’s then snooping into the U.S. State Department business that was stored on it, might constitute a Russian attack against the United States of America, and would, if the U.S. President declares it to be a Russian invasion of the U.S., trigger NATO’s mutual-defense clause and so require all NATO nations to join with the U.S. government in going to war against Russia, if the U.S. government so decides.

Also recall that the attack on the DNC servers which leaked the Democrats confidential files on Trump and Hillary donors lists were also blamed on “Russian government hackers”, before it emerged that the act was the result of one solitary non-Russian hacker, but not before the US once again tried to escalate a development which may have culminated with war with Russia!

Throughout all of these escalations, the popular narrative spun by the “democratic” media was a simple one: it was Russia that was provoking NATO, not NATO’s aggressive military actions on the border with Russia that were the cause of soaring geopolitical tension.

Ignored in the fictional plot line was also Russia’s clear reaction to NATO provocations that it would “respond totally asymmetrically” an outcome that could in its worst oucome lead to millions of European deaths.

Still, no matter the risk of escalation, one which just two weeks ago led to assessment that the “Risk Of Nuclear Dirty Bomb Surges On Poor US-Russia Relations,” NATO had to maintain its provocative attitude .

All NATO had to do was assure that all alliance members would follow the lead, and nobody would stray from the party line.

And then everything imploded when none other than the Foreign Minister of NATO member Germany, Frank-Walter Steinmeier, criticized NATO for having a bellicose policy towards Russia, describing it as “warmongering”, the German daily Bild reported.

And just like that, the entire ficitional narrative of “innocent” NATO merely reacting to evil Russian provcations has gone up in flames.

As AFP adds, Steinmeier merely highlighted all those things which rational persons have known about for a long time, namely the deployment of NATO troops near borders with Russia in the military alliance’s Baltic and east European member states. 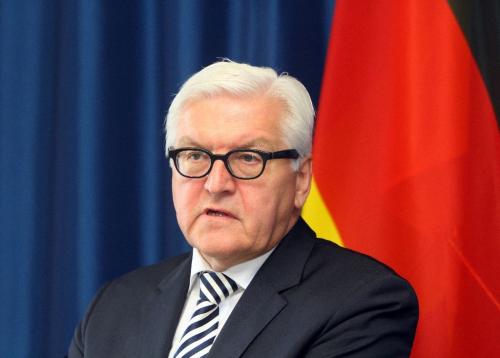 However, since it comes from a NATO member, suddenly one can’t accuse Russian propaganda. In fact, NATO has absolutely no planned response to just this contingency.

“What we should avoid today is inflaming the situation by warmongering and stomping boots,” Steinmeier told Bild in an interview to be published Sunday.

“Anyone who thinks you can increase security in the alliance with symbolic parades of tanks near the eastern borders, is mistaken,” Germany’s top diplomat added.

Needless to say, Russia bitterly opposes NATO’s expansion into its Soviet-era satellites and last month said it would create three new divisions in its southwest region to meet what it described as a dangerous military build-up along its borders.

This is precisely what NATO wants as it would be able to then blame Russian effect to NATO cause as an irrational move by the Kremlin, one to which the kind folks at NATO HQ would have no choice but to respond in their caring defense of all those innocent people, when in reality it is NATO that is desperate to provoke and launch the conflict with Russia.

And now even its own members admit it!

In its latest ridiculous escalation, blamed on Russia no less, NATO announced on Monday that it would deploy four battalions to Estonia, Latvia, Lithuania and Poland to counter a more assertive Russia, ahead of a landmark summit in Warsaw next month.

Well, as Steinmeier made it very clear, NATO’s deployment to provoke Russia was precisely that.

As a result a Russian “assymmetric” response is assured, and this time it may even spill over into the combat arena, something which would bring infinite delight to Washington’s military-industrial complex neocon puppets.

In an interview with Bild on Thursday, NATO chief Jens Stoltenberg said Russia is seeking to create “a zone of influence through military means”.

“We are observing massive militarisation at NATO borders — in the Arctic, in the Baltic, from the Black Sea to the Mediterranean Sea,” he told the newspaper.

How do we know Steinmeier hit it nail on the head?

The neocon Council of Foreign Relations trotted out its “fellow” who promptly took to character assassinations and demanding Steinmeier’s resignation, instead of asking if perhaps a NATO-member country accusing NATO of being a warmongering provocateur, is not the real reason why Europe is back deep in the cold war, with an escalating nuclear arms race to go alongside it, courtesy of the US military industrial complex whose profits are entirely dependent on war, conflict and the death of civilians around the globe.

If Steinmeier calls it “warmongering” to push back agst Putin, he should step down — that’s not German policy. https://t.co/4V2iLCYvtx

As for the unprecedented reality in which NATO’s biggest and most important European member is suddenly and quite vocally against NATO and as a result may be pivoting toward Russian, we for one can’t wait to see just how this shocking geopolitical debacle for western neocons and war hawks concludes.