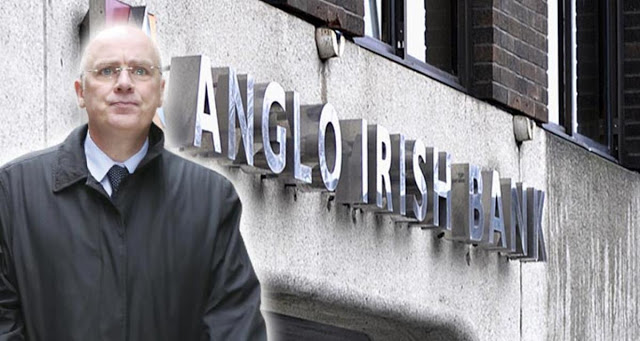 United States citizens feel helpless against both the 100 year old wall street banking cartel and easily bought political elections. Juxtapose Ireland… where their countrymen are taking down those who are responsible for destroying their lives and livelihood.

Shocking! … Former Irish Bank leader, David Drumm, has been extradited from the U.S. and brought in front of a Dublin District Court Magistrate to face charges for his part in the 2008 financial crisis felt round the world.

The former chief executive of Irish Anglo Bank was found in Boston in late 2015 and arrested. 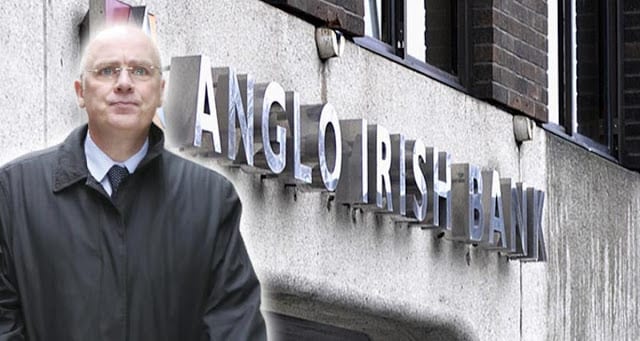 Held in Federal Custody, Drumm originally fought extradition to Ireland but recently withdrew his plea and returned to his home country on March 15, 2016.

The People vs. The Bankers

Iceland’s move to hold the bankers criminally accountable has led the way for Ireland to do the same.

“The CEO of Anglo Irish Bank from 2005 until December 2008, Drumm faces 33 charges related to a circular lending scheme that involved authorizing billions in loans to be invested back into the bank, artificially propping up its share price.”

As expected, Drumm is far from talking truth and is denying any wrongdoing regardless of the fact that his actions are linked to financial transactions prior to the collapse of Anglo, according to the Irish Times.

Prosecutors fear his “capacity to marshal significant sums” of money adds to the possibility Drumm could easily disappear into the hidden recesses of the global community.
Considered A High Flight Risk

Prosecutors consider Drumm a flight risk based on the fact that he sought to hide within the United States.  Based on his behavior, the court only allowed him to post bail based on the stringent condition that he must forfit his passport, which is currently being held by the Gardaí (Garda Síochána, or Irish Police).

The court further required Drumm to swear under oath that he would not apply for another passport and does not possess a U.S. passport.

Also under terms of the bail agreement, Drumm will be staying in the seaside town of Skerries, north of Dublin, and must sign in twice a day at a local Garda station.

Four relatives of Drumm’s put their houses up as “security” for his bail.

With the complexity of this case and the “more than 400 phone calls, millions of pages of evidence, and potentially well over 150 witnesses” … the judge acknowledge to the court that the trial may not begin until 2017.

An Adult Game Of Hide-And-Seek

After the catastrophic financial debachel rose to unavoidable global exposure in 2008, Drumm fled to the United States in early 2009 and reportedly remained hidden and refused to cooperate with any investigation into his part in the wrong doings.

Drumm brazenly attempted to file for bankruptcy in the U.S. in mid 2009 after Anglo filed civil action against him in Dublin. Both his original bankruptcy filing and a subsequent appeal were rejected.

With that, Drumm fell into seclusion…

Then on October 10, 2015, U.S. Marshals arrived at his Wellesley home with an extradition request from the Irish government.  Drumm began a series of court requests to fight extradition and be allowed bail.

For five months he has been under arrest in the U.S. and “detained in at least four prisons, including the Plymouth County Correctional Facility.”

On February 11, 2016, during a U.S. District Court Hearing in Boston, Drumm waived his rights to fight extradition and agreed to return home to Ireland to address the charges facing him.

“During the hearing, he signed an affidavit which stated, in part, “that probable cause exists to believe that I committed the 33 offenses for which extradition was requested.”

The Cost Of Prosecution

The former banking executive has not yet entered a formal plea.

“Each of the offenses carries a five- or 10-year jail term, except for a single count of conspiracy to defraud, which has a maximum penalty of an “unlimited term of imprisonment” under Irish law.”

Iceland, and now Ireland, have taken action to hold criminal bankers accountable for their direct role in the economic devastation which enveloped most of the world beginning in 2008 — the exact opposite of what the U.S. does.

The U.S. has essentially rewarded and excused the choices made by bankers and decision makers that caused our global financial crisis.  Government handouts were given … regardless of public outcry.

Adding to the offense, millions ended up being used as bonus money given to the same banking executives and decision makers that created the financial disaster.

Separate from the top-tier corporate and political machine is the working class.  This manufactured climate is designed to make U.S. citizens pay to feed their own by handing over hefty taxes to fund social programs.

Never will the top-tier corporations or political machine hand over bail outs to the working class.

This manufactured social climate was started just before the 1930’s economic crash.  Watch the story of how this most recent game of political and financial chess began.

The Corporate Takeover of Our Government (FULL) — Robert F.Kennedy Jr. (29:39)

Top Psychiatrist: 'Mental Illness is Demonic Possession' Previous post
Consciousness and Unified Physics are the Keys to Our Future Next post