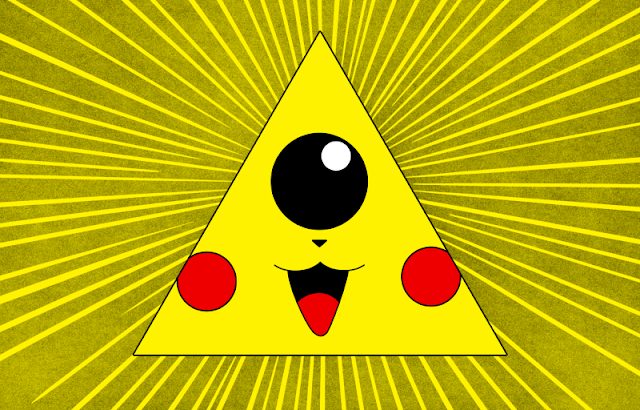 Less than a week after Pokémon Go’s launch, our streets are already filled with packs of phone-wielding, Weedle-catching zombies.

Pokémon Go is turning us all into an army of narcs in service of the coming New World Order. Allow me to explain. 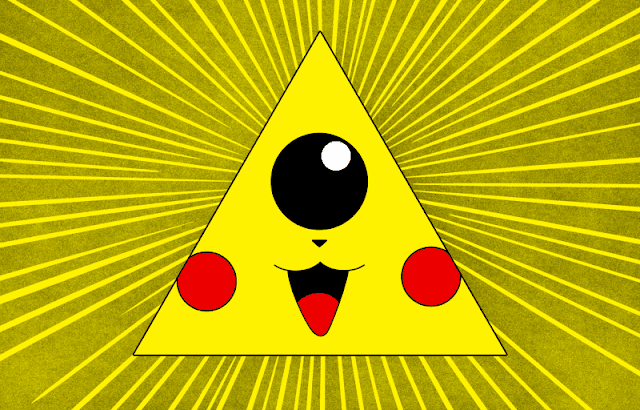 Lots of apps have sketchy privacy policies, that’s nothing new. But the first set of alarms go off as soon as you realize that Pokémon Go’s policy does seem a bit more liberal than most, because not only are you giving Pokémon Go access to your location and camera, you’re also giving it full access to your Google account (assuming you use that to sign in).

There’s one section of the privacy policy in particular that seems to be getting the conspiracy theorists of the world up in arms and which Reddit user Homer_Simpson_Doh calls “very Orwellian”:

Most Orwellian of all is this line:

“We may disclose any information about you (or your authorized child) that is in our possession or control to government or law enforcement officials or private parties.”

As TechCrunch explained, Pokémon-loving millennials are far less likely to object to a few extra permissions when its Squirtle staring them in the face as they abandon their every god-given freedom than they do when Google reads their email.

And it’s not like Pokémon Go itself doesn’t already have a direct(-ish) line to the CIA. After all, Pokémon Go was created by Niantic, which was formed by John Hanke.

Now, Hanke also just so happened to help found Keyhole. What does Keyhole do, you ask? I’d tell you to go to Keyhole’s website — but you can’t. It just takes you straight to Google Earth. That’s because Keyhole was acquired by Google back in 2004.

Before that, though, Keyhole received funding from a firm called In-Q-Tel, a government-controlled venture capital firm that invests in companies that will help beef up Big Brother’s tool belt.

Still unsure if Pokémon Go’s creator is a government spook? Check out this excerpt from the NGA’s in-house publication, Pathfinder Magazine: 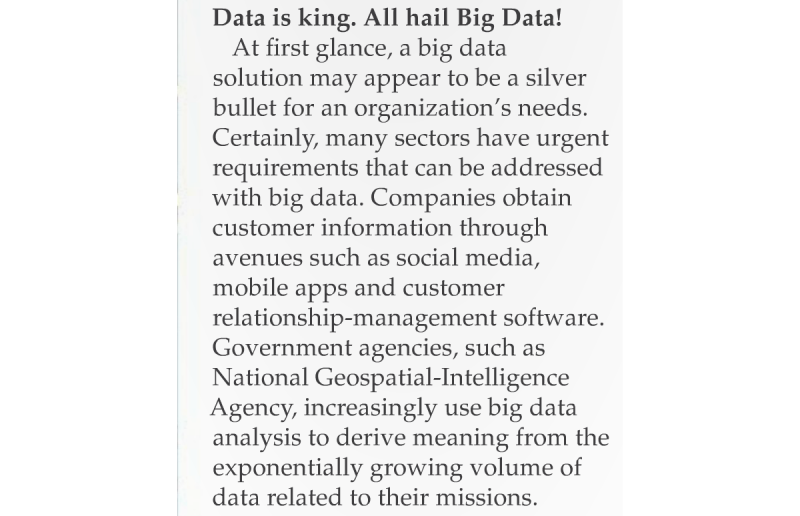 Companies obtain customer information through avenues such as social media, mobile apps, and customer relationship-management software. They might as well be talking about Pokémon Go itself.

So what exactly is the New World Order planning to do with our precious and meticulously collected data?

They could take a few different paths, though they all boil down to the fact that we’re all cogs in Professor Willow’s great, big government machine.

Considering that one of Big Brother’s favorite pastimes is watching its citizens at all times always and forever, Pokémon Go is an ideal vessel for its many, many eyes.

It’s addicting (kids, adults, and conspiracy-loving bloggers for Gawker.com can’t seem to put the thing for more than ten minutes at a time).

And it has access to pretty much our entire phone, meaning tons of personal data and monster tracking capabilities:

@Viss @da_667 this plus “camera”, just enough to remind me not to install it 🙂 pic.twitter.com/dGNhKpjDxj

Granted, Pokémon Go has a perfectly legitimate reason to want access to things like your location and camera. It needs the former to put you on the right map and the latter to make use of its augmented reality feature.

But with those allowances, Pokémon Go (or rather, its parent company Niantic) not only knows where millions of people are at any given point, they could also very well figure out who they’re with, what’s going on around them, and where they’re likely headed next.

Remember, it doesn’t take that much to hunt someone down. All it took was one absentminded tweet for Vice to accidentally reveal the location of former fugitive and bath salts-enthusiast John McAfee.

“Obviously intelligence agencies have gained a lot of info from google maps and its street view, but this data was collected easily with driving cars. Intel agencies may see google maps and street view as just an outline or a skeleton of the whole picture. Getting more data, particularly that off the street and inside buildings, requires tons of man hours and foot work. a logistical nightmare.

“Enter Pokemon GO, where if you are an intel agency and you want photos of the inside of a home or business, you just spawn desirable pokemon or related objects there, and let totally unaware and distracted citizens take the photos for you, with devices they paid for, and those citizens pay for the experience.

“Imagine all these photos going back to some database (with the augmented Pokemon removed obviously. All these photos are probably GPS tagged, as well as having the phones internal gyro embed x/y/z orientation of the camera angle in the phone. These photos could be put together, much like google street view.”

So as you’re “catching ‘em all” with all the other sheep, you very well may be creating a cache of high-res, data-rich images to get siphoned directly into the CIA’s greedy little pockets.

Just picture it, a year from now when Trump-appointed CIA Director Liam Neeson is trying to figure out who helped The Washington Post reporters escape from prison, all he has to do is call over to Deputy Director Sutherland.

“Check the Pokédex,” he’ll say, and up springs a Google Street View-esque simulation of every building, nook, and closet within a five-mile radius — all updated in real time.

Meaning that, should Director Neeson need eyes somewhere, all he as to do is tell the game to stick a Pikachu in the room and some unassuming schlub will send him a photo in no time. (…)

But I want to play

If, after all this, you’re still jonesing to go Pidgey hunting despite the Truth, Reddit user leocusmus has a few safety tips:

“Just like ingress. Either use a spare phone or buy a cheap used one off eBay. Set up your main phone with a VPN, turn I Wi-Fi hotspot, and play from your spare phone with a dummy gmail account.”

Which is more likely to keep you hidden from Big Brother’s prying eyes, sure, but it’s important to remember that, even then, you’re still not really safe. You’re never really safe.