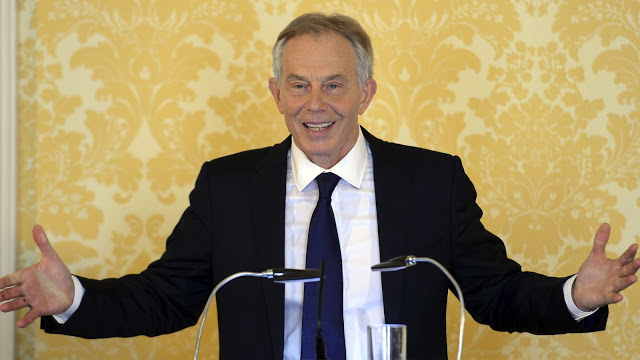 This week, we really got to see “the freak show”, appropriately coined by George Carlin, in its full glorious splendour. Which classic bedtime story were we offered this time?

Well, boys and girls, we had the spectacular live matinee press conference from the villain at the heart of this week’s pantomime, Anthony Charles Lynton Blair.

The show itself was agonising to watch and not recommended for viewing by children (unless used as education material in psyche class). 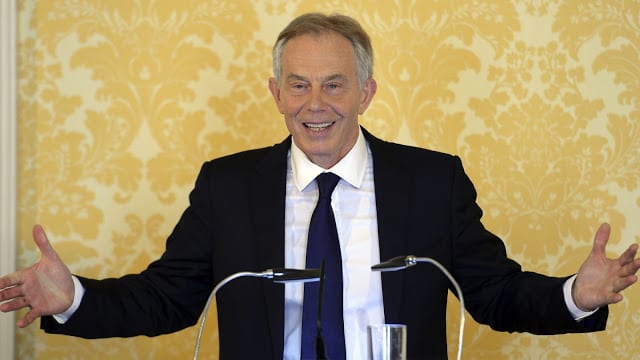 With the sickly yellow flowery wallpaper and single podium, the scenery had a great deal to be desired, but when we were finally treated to the reading of the script, it was evident the bulk of the production costs were spent on that and Mr. Blair’s suit.

I must stress though, it is not a comfortable watch. A visibly aged Blair standing solitary, doing his shtick.

It’s not that we’ve not seen and heard it all before during the entire ice age it’s taken for the Chilcot report to be published, giving us ample time to hear this grinning loon’s deluded drivel that makes it uncomfortable, it’s because its the establishment’s final chapter on the saga. As with the 9/11 report, once the official ruling is in print, the end of the story.

Nevertheless, it is somehow guiltily pleasurable to watch a wilful liar squirming so uncomfortably in front of a trial by media. It’s truly engrossing in how we get to see a true psychopath at work.

Blair is still unable to apologize for the devastating war he co-led, the only apology incredibly coming about the poor planning, and even more incredibly the only thing that apparently keeps Blair up at night is his bad choice of military decisions.

He candidly speaks of the real evil men which are in far away lands and how he slayed the true dragon, former puppet Saddam Hussein.

I imagine he still sees himself as the white prince that rode in on horseback and saved us all from the horrible nasty brown people.

He probably still thinks we should be praising him for making the world a better place and should be beset upon erecting gargantuan golden statues of him, where we can pray to him and adorn the effigies of him with gifts of money.

With every treasonous bead of sweat that dripped off his guilty brow, with every poisonous utterance from his Cheshire-cat grin and with every deceptive shard of his corrupted soul on view, a piece of democracy, a piece of liberty and a piece of justice died.

Master War Criminal Blair has risen spectacularly lofty since when he became Glorious Leader of New Labour, after ex-leader John Smith died suddenly on 12th May 1994 at 8:05 a.m., whilst in his Barbican flat, suffering a fatal heart attack.

Untimely for Smith, timely indeed for Blair, as he grabbed his chance and won the leadership of the party.

Smith’s death was not seen as suspicious, but a quick glance at his Wikipedia page, reveals “certain coincidences”.

For instance, “On 9 October 1988 he [Smith] had complained of chest pains. He was examined at the Edinburgh Royal Infirmary by an ECG. The doctor who examined him said ‘Whatever it is, we don’t think it is your heart’”, and “Smith made modifications to his lifestyle by going on a 1,000-calories per day diet, cutting down on rich foods and fine wines, giving up smoking and taking up Munro bagging by the time of his death”.

Also, strangely, “On the day of his death, the BBC 9 O’Clock News was extended to an hour as opposed to the usual half-hour. This replaced the medical drama which was due to follow at 9:30, coincidentally entitled ‘Cardiac Arrest’”.

After he slaughtered hundreds of thousands of Iraqi men, women and children, Blair was triumphantly crowned “Middle East Peace Envoy“.

The man who burnt Iraq to the ground was now, according to the powers that be, the right man to mend relations with them.

The same people who were burning effigies of him and Bush after the war because of the devastation left behind, are now to embrace him in the road to peace and reconciliation.

And just when you think the plot couldn’t possibly thicken, our weaselly protagonist was named “Philanthropist of the Year” by GQ Magazine for “his tireless charitable work”, and later awarded Save The Children’s “Global Legacy Award” at a gala charity at The Plaza in New York.

They give this particular accolade, presumably, to the white man with the most infanticides beside his name.

The Chilcot report is aptly named, for it has served an icy chill up the spines of the establishment.

Of course, they will once again escape any real punishment for their despicable crimes, with the Chilcot report being merely a retrospective analysis from a former civil servant, nothing legally binding here.

There may of course be, and rightly so, a civil litigation against Mr Blair and his cronies from the families of the dead soldiers, who it has been proved now were duped into a deceptive war, and if they choose that course of action I sincerely hope they succeed and they can finally lay their loved ones to rest.

However, I fear for their chance of success. The establishment do not like bringing their own to account for their actions, no matter how monstrous the consequences of those actions may be.

What is more incredible though, is that prosecutors at the International Criminal Court will sift through the 2.3 million word report for war crimes committed by the soldiers, and not by the men who put them there.

It is yet another reminder we live in Topsy-Turvy land.

Where the people walk upon their heads,
The sea is made of sand,
And the children go to school by night.
And the guilty people go unpunished, whilst they murder the innocent. 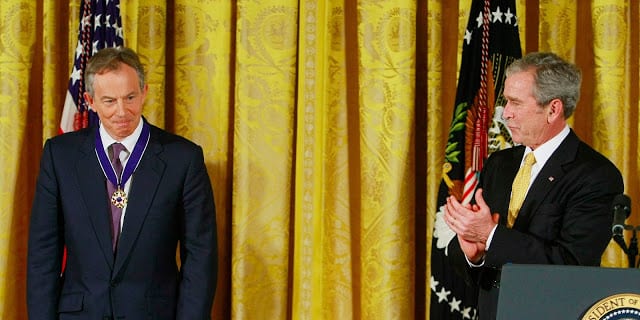 Until next time,
Sweet dreams, children!
The End.