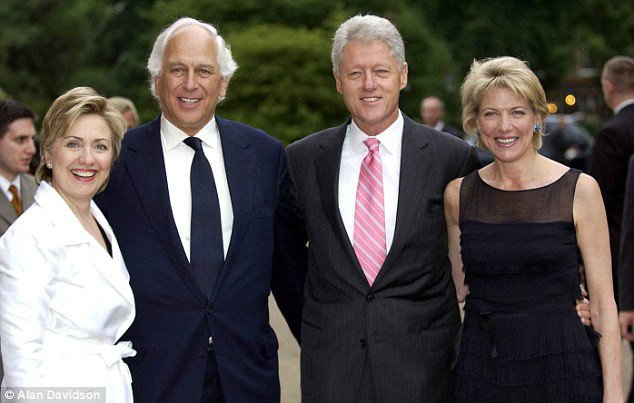 They’re Selected Not Elected – Rothschild Hosts $100,000 A Plate Dinner For… Guess Who

Politicians are literally walking billboards for giant corporations who dish out millions of dollars in campaign contributions.

This year’s campaign saw massive amounts of attention paid to this fact, and the idea that U.S. elections are actually rigged.

Even if you don’t believe they’re rigged, the superdelegate process alone completely undermines democracy. Elections in the U.S. seem to be a form of entertainment, a mere distraction, more so than a real process of democracy and election.

Every time elections come around, we are witnessing the illusion of democracy, and it’s not a secret. 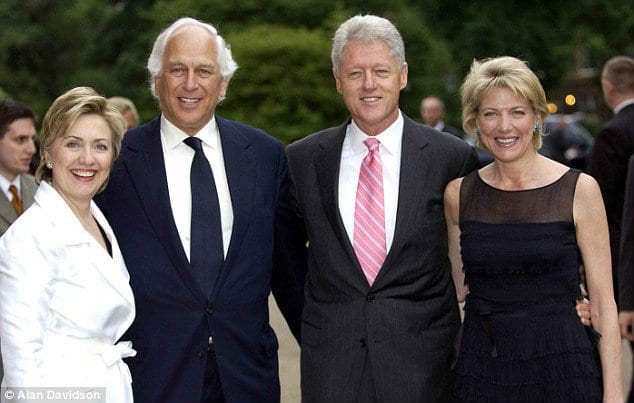 Politics, elections, and government policy are not controlled by the politicians; they seem to be the ‘fall’ people. They too take orders, and have a ‘boss.’

Above the government sit the corporations, and above them the big banks. This is the current power structure of modern day global dominance. Foster Gamble from Thrive gives an excellent visual depiction of it in this clip from the Thrive documentary.

Apart from corporate sponsors like big oil and energy companies, it’s not a secret that Hillary has the banking of those who literally control the supply of money, those who basically created this entire system.

A great example comes from a $100,000 a head fundraiser at the home of Lynn Forester de Rothschild, a prominent New York businesswoman, and a member of the famous Rothschild banking family.

A family that has been accused of, as Jay Syrmopoulos from The Free Thought Project puts it, “pulling the strings of many different governments through their control of various economic systems throughout the world.”

Prior to this fundraiser, Wikileaks Clinton emails release shed further light on Hillary’s relationship with the Rothschild family.

Politicians are for sale. A 2014 study from Princeton University revealed that the United States is not a democracy or a republic, but rather an oligarchy where the balance of power and control of global resources lies within the hands of a very small, tight-knit group of people, and that these groups of people basically control and dictate government policy.

You can see corporate influence in so many areas; the TPP is one out of many great examples.

The 29th president of the United States, Theodore Roosevelt might have said it best by stating that “presidents are selected, not elected” and that “behind the ostensible government sits enthroned an invisible government owing to allegiance and acknowledging no responsibility to the people.” (source)

Even the very first British MP, Benjamin Disraeli, wrote that “the world is governed by different personages to what is imagined by those who are not behind the scenes.” (Coningsby, Book 4, Chap. 15.) – Page 131

Senator Daniel K. Inouye told the world that “there exists a shadowy government with its own Air Force, its own Navy, its own fundraising mechanism, and the ability to pursue its own ideas of the national interest, free from all checks and balances, and free from the law itself.” (source)

In the informative video below, journalist Abby Martin of The Empire Files tells it like it is, explaining that Hillary Clinton is the top pick by big corporations to keep the American empire running.

It has become almost commonplace to say that we live in a ‘corporatocracy,’ not a democracy, and more people are coming to understand that whoever is ‘elected’ to be president will have been selected to be there by those who control the seat of the presidency: the financial elite.

I’ll leave you with one last quote that relates to what I am getting at here.

The real menace of our Republic is the invisible government, which like a giant octopus sprawls its slimy legs over our cities, states and nation… The little coterie of powerful international bankers virtually run the United States government for their own selfish purposes.

They practically control both parties… [and] control the majority of the newspapers and magazines in this country.

They use the columns of these papers to club into submission or drive out of office public officials who refuse to do the bidding of the powerful corrupt cliques, which compose the invisible government.

It operates under cover of a self-created screen [and] seizes our executive officers, legislative bodies, schools, courts, newspapers and every agency created for the public protection. (source)(source)

The quote above comes from John F. Hylan, who was the Mayor of New York City from 1918-1925. To see more quotes that are similiar, you can read this article.


If we want to combat environmental issues, war, poverty, and all of our other problems, we can’t keep looking to political ‘leaders’ like Obama and international organizations like the UN, who simply give their speeches as they’ve always done, year after year.

None if it ever seems to change anything at all. They know of the solutions, and have known for years. These are people/organizations who act as puppets and mouthpieces for those in real power, those who apparently care little about us or the planet.

The people we think are in power are like gaudy jewels meant to catch the eye and distract the mind. The people who are actually in power are clever, fooling us with words that resonate with the soul and make headlines.

Dark acts are always done in the disguise of good deeds, capturing people’s hearts. Don’t continue to be bamboozled. Turn your eye away from them, change will not come from them, it never has and it never will. Change can only come from you and me.

If we keep looking to them to provide the solutions and take care of our planet, the planet will continue to get trashed as it always has. It’s how we got here in the first place.

We cannot continue to give our power away and charge others with taking care of our planet. The only way things are going to change here is if we come together as one human race.

Governmental policy reflects nothing but corporate interest, and we simply can’t afford to sit around much longer, letting our planet suffer.

“Democrats and republicans are two wings of the same bird, and the flight path doesn’t change.”  – Unknown

How Do We Address This Problem? What’s The Solution?

Awareness is the first step. There are still too many thinking that the United States is actually a democracy.

Awareness alone has and will create a global shift in consciousness, which alters the way the masses look at the western political process. That fact that not everything is as we are told it is will continue to come to light.

Although this is just one area, politics, it’s important to at least identify the problem and it seems that we are still in the process of doing just that.

This is why it’s important to share and engage with/in alternative media.

As far as solutions go, there are many. From developments like those that could completely wipe out the fossil fuel industry and more, the solutions are there.

The problem is implementation, and the tremendous power these financial elite have with regard to delaying and silencing these solutions so they can keep their place atop the pyramid.

It’s not going to happen overnight, and although an ultimate solution to remove these people from their place of power seems to be unidentifiable right now, staying quiet is definitely not an option.