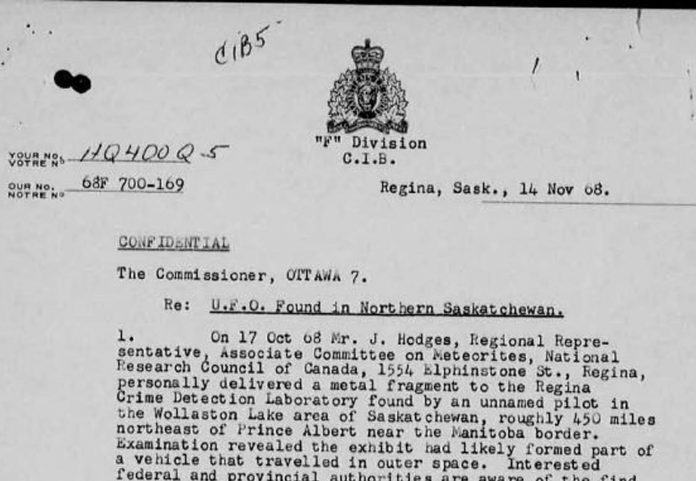 Another top secret document leaked by a UFO researcher is seen as the first convincing evidence that parts have been found of a flying saucer on Earth.

During the first Canadian hearing on UFOs in Ontario, Victor Viggiani revealed a confidential memo dated November 14, 1968. The memo is about a UFO that is found in the north of the Canadian province of Saskatchewan. 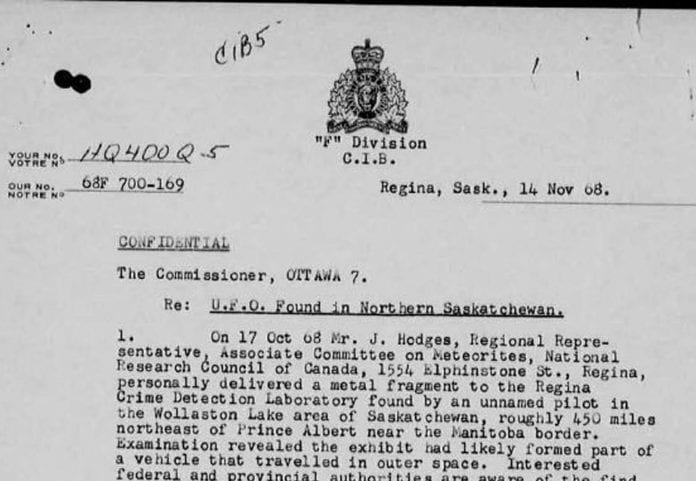 On October 17 that year, J. Hodges of Canada’s National Research Council would have delivered a metal fragment that was found by a pilot. The fragment was found in the area around Wollaston Lake.

Research then showed that the fragment was probably part of a vessel which traveled through space. The authorities were aware of the findings, according to the memo. 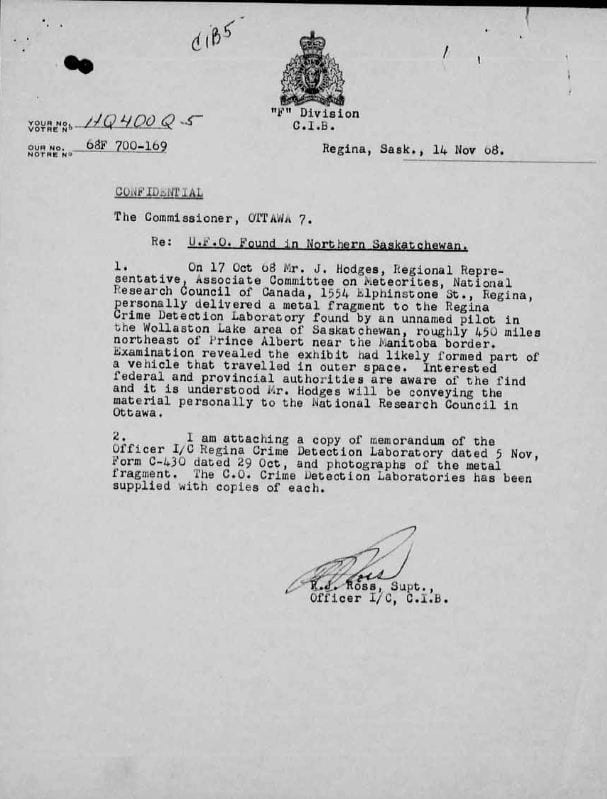 It is unclear whether more research has been done on the piece of metal. There were also photos made, but have not surfaced yet. UFO researchers see it as proof that the Earth has been visited by intelligent aliens.

Skeptics argue that it is a possible component of a satellite or a missile which is launched by people, and then is burned out in the atmosphere.

“I Dare the US Government to Charge Me”

Activists Expose Monsanto's Senate Lackeys Minutes Before DARK Act Vote Previous post
Putin LOSES IT, Warns Journalists of War: 'I Don't Know How to Get Through to You People' Next post