DEA Says Marijuana Will Remain Illegal at the Federal Level

The Drug Enforcement Administration (DEA) also announced on August 11 that marijuana would remain illegal under federal law. Other Schedule I substances include heroin, LSD, peyote, ecstasy, quaaludes, and bath salts, among others. [1]

In a notice posted in the Federal Register, the DEA said that it consulted with the Health and Human Services Department and to reach its conclusion.

The decision means that marijuana is still considered by the federal government to have “no accepted medical use in the United States.”

The Basis of the DEA’s Conclusion

The decision comes on the heels of 2 recent petitions asking the agency to reconsider the designation for the benefit of scientific research. In that regard, the DEA offered a tiny olive branch, saying it would try to make cannabis more accessible to researchers. [2]

The DEA’s statement reads, in part:

“The DEA and the FDA continue to believe that scientifically valid and well-controlled clinical trials conducted under investigational new drug (IND) applications are the most appropriate way to conduct research on the medicinal uses of marijuana.”

The DEA said the evaluation showed that marijuana has no “currently accepted medical use” because “the drug’s chemistry is not known and reproducible; there are no adequate safety studies; there are no adequate and well-controlled studies proving efficacy; the drug is not accepted by qualified experts; and the scientific evidence is not widely available.”

Marijuana has a high potential for abuse and can result in psychological dependence. 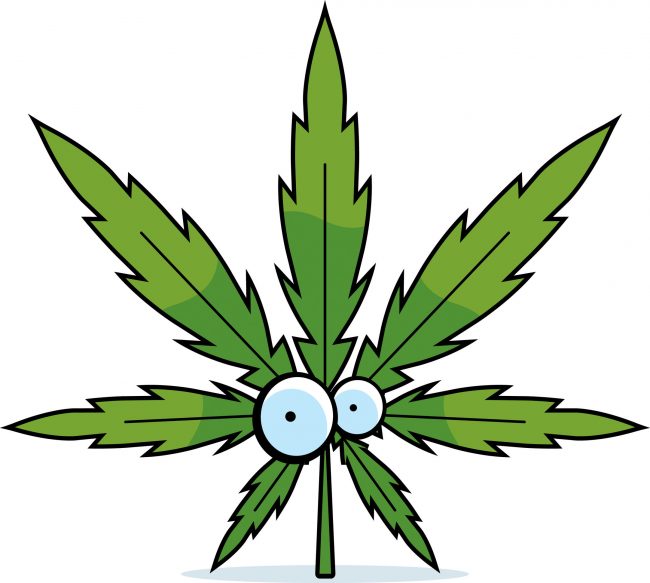 In 2012, around 19 million people in the U.S. used marijuana on a monthly basis, and contemporaneous studies showed some 4.3 million users met diagnostic criteria for marijuana dependence. [2]

What the DEA Neglected to Mention

The claim that marijuana is not accepted by qualified experts is especially troublesome, as it simply isn’t true.

A group of more than 50 physicians, including former Surgeon General Joycelyn Elders, along with some of the leading academics in the nation, called on the federal government earlier this year to decriminalize marijuana in the interest of public health.

David L. Nathan, founder and board president of the group, dubbed Doctors for Cannabis Regulation, said at the time:

“You don’t have to be pro-marijuana to be opposed to its prohibition.”

And a 2014 Medscape/WebMD poll revealed that 56% of doctors in the U.S. approve of medical marijuana.

The DEA opted not to reschedule marijuana, also, because:

“There is no evidence that there is a consensus among qualified experts that marijuana is safe and effective for use in treating a specific, recognized disorder.” [3]

The report went on to say that there is not sufficient evidence that the medical benefits of marijuana outweigh the risks in well-controlled clinical trials.

It’s Not All Bad

The DEA did offer one positive finding: marijuana is NOT a gateway drug. The report stated:

“Little evidence supports the hypothesis that initiation of marijuana use leads to an abuse disorder with other illicit substances.” [3]

That conclusion is shared by the National Institute on Drug Abuse (NIDA).

This tidbit is in stark contrast, however, with what the Drug Abuse Resistance Education program (D.A.R.E.) has to say on the subject.

Only a few months ago, the anti-drug group – one of the largest in the world – stated that it “considers marijuana to be a dangerous drug for youth of the United States and the world!”

The statement was made after DARE accidentally omitted marijuana from the list of gateway drugs on its website.

The positive thing about the DEA’s ruling (yes, there is one), is that companies that wish to use cannabis as a medicine will have to go through the same stringent scientific assessment as traditional pharmaceutical drugs.

“This is a vindication for science and for people who have said to go slow. I think it’s a bad day for legalization efforts and a good day for scientists.”

Either way, it’s a slap in the faces of those who struggle to gain access to medical marijuana, even in states where it has been legalized.

Tom Angell, chairman of Marijuana Majority, which advocates for removing marijuana from the drug scheduling restrictions, argues that Congress should bar DEA and other federal agencies from interfering with the implementation of state marijuana laws.

“President Obama always said he would let science — and not ideology — dictate policy, but in this case his administration is upholding a failed drug war approach instead of looking at real, existing evidence that marijuana has medical value.

“A clear and growing majority of American voters support legalizing marijuana outright and the very least our representatives should do is let states implement their own policies, unencumbered by an outdated ‘Reefer Madness’ mentality that some in law enforcement still choose to cling to.”

“this decision doesn’t go far enough and is further evidence that the DEA doesn’t get it. Keeping marijuana at Schedule I continues an outdated, failed approach – leaving patients and marijuana businesses trapped between state and federal laws.” [2]