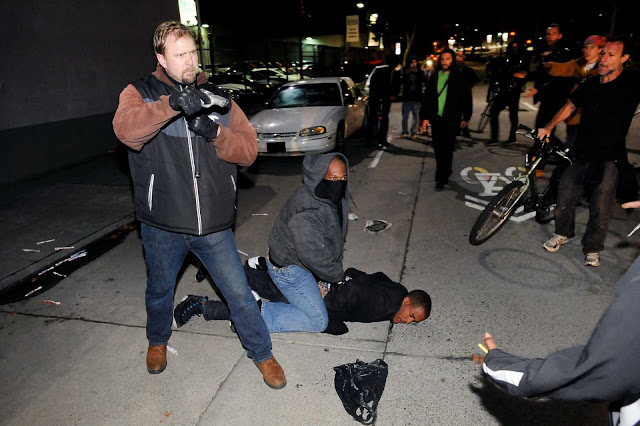 Divide and Conquer: The Agent Provocateur

Agent Provocateur: a person employed to encourage others to break the law by pretending sympathy with their aims to incite them to some incriminating action so that they can be arrested.

In recent years, mostly due to the rise of internet accessibility, the American people have been undergoing a rapid awakening.

Some stories once considered so absurd that only the truest “conspiracy theorist” would dare give them mention, have been vindicated; and not only was the government aware of these misrepresentations, it was complicit in their cover-up.

National debt as well as wealth inequality continue to climb and many highly educated economists warn of the US dollar’s impending collapse. 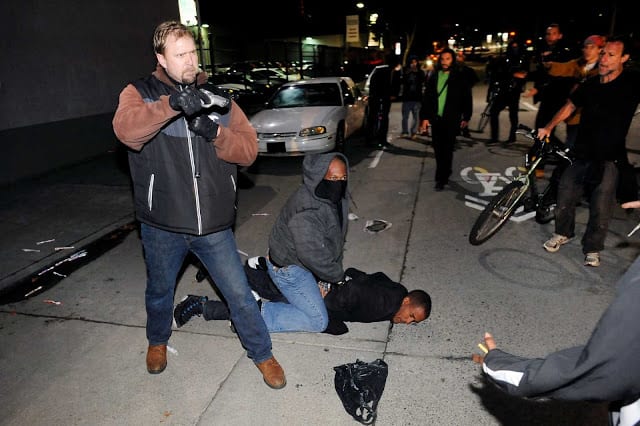 Few would disagree that the United States has lost its way, as more reasons for security are declared and more constitutional rights ignored.

This decline in rights has given way to a rapid rise in community and nationwide protests.

With so many beginning to become vocal about the ineptitude of the Federal Government, and many more awakening to the cause, it has become a national security priority for the US government to put an end to this subtle yet increasingly worrisome uprising of awareness.

The most effective and direct action is to cast these Truth speakers and activists in the light of the biggest bogeyman of modern times: terrorism.

Most modern protestors and activists are acutely aware of the presence of the provocateur, and it is for this reason that they will not allow for these events to turn violent, knowing full well this will give the government the very reason it needs to label them as enemies of the state.

This is the exact purpose for the provocateur, to incite violence where none exists in order to both, give them an excuse to shut down the demonstration, as well as to demonize the movement to those yet to awaken to the mainstream propaganda machine.

This is what happens during protests where the Police is not operating against the people (no violence, no arrests):

This would divide the people on the issue and allow for the government to appear the savior, effectively conquering the awareness uprising.


Once the American people are indoctrinated with the kind of intolerance already being seen in regards to the Muslim faith (this coming from the nation of so-called religious tolerance), the time will be right to begin using the new CISA bill in combination with the Patriot act to unduly an unjustly detain and desist protesters, activists and Truth bloggers who are only exercising their first amendment rights.

They are already beginning to be cast as anti-American or even terrorists by many of the more radical officials. With provocateurs and false flag events rising in frequency, one should begin to view any publicized event through a lens of skepticism.

There have been many documented incidents of government agents infiltrating peaceful protests pretending to be part of the movement, even going as far as to break the law themselves in order to incite crime or violence that might not have erupted otherwise.

This effectively casts those simply wishing to express their concerns with a steadily eroding constitution, as what is now being labeled domestic terrorism.

As can be seen in a Congressional hearing, when Ed Royce likened bloggers, conspiracy theorists and people who challenge establishment narratives on the Internet, to ISIS terrorists.

An example of this already taking place is when the Department of Homeland Security (DHS) released their “domestic terrorist list” via the Southern Poverty Law Center.

We Are Change, an alternative news site dedicated to covering the stories mainstream media intentionally ignores, was on that list beside neo-nazis.

Now whether one agrees with the content, the site is by no means breaking the law or committing an act of terrorism, yet the owner is now labeled as one, in a situation shockingly similar to that of the Red Scare.

The action of labeling a journalist as a domestic terrorist is a scary precedent to set and does not embody a democratic society.

Simply reviewing the content will clearly demonstrate, that however controversial some topics might be, Mr Rudkowski is no terrorist. Quite the contrary; many proclaim writers such as Luke Rudkowski as some of the few patriots left.

Others in the current spotlight of the fight against tyranny are the Bundy family and their seizing of a government building. Some claimed immediately that the family was a psyop designed to cast the idea of a militia and the second amendment in general, in a bad and terroristic light.

This does not appear to be the case, however ill-advised this occupation might be, but that is yet to be seen.

Whether or not the the Bundy’s occupation is a government operation, the principle of standing up for one’s beliefs and constitutional rights against a tyrannical government is a one of paramount importance in modern America and should not be disregarded.

The overreaching government arm that is the Bureau of Land Management (BLM) is one of the primary reasons for this event.

In July the Hammond family was sentenced for arson for setting a regular backfire that got out of control. The BLM charged them as “Arsonal Terrorists” because it spread onto BLM lands. Some would suggest that it was because the BLM wanted their land and would go to extreme lengths to get it.

This was the original reason the Bundy’s decided to get involved, to protest their injustice.

Following the Hammond’s arrest, the BLM began to burn the very same lands that the Hammond family was arrested for and this time it was unsupervised, in July, without fire safety procedures to protect the life and property of residents.

Homes were burned down, cattle was burned alive, and the BLM warned that if any resident interfered they would be arrested.

So the families were left to scramble for what was left of their belongings and hope other live stock would survive. This is a disgusting display of totalitarian justice that should shock any who value their constitutional rights.

Now whether the Bundys legitimately desire to help the Hammonds or this was just the right opportunity to interject their intentions, this move will only serve to inadvertently further push the divide and conquer agenda.

It is not hard for those who still believe in the constitution to agree with the passionate actions of the Bundys, yet this haphazard move leaves them no action except violent stand-off, and that is exactly what the establishment wants.

Then came the Oath Keepers, the Three Percenters, the Pacific Patriot Movement, and many others as they flock to be a part of the show; some claiming to be there in support, others claiming their primary objective is to mediate.

Make no mistake, government agents are on the scene, most likely posing as supportive militia, until the opportune moment to lead those who will follow astray. The Bundys have been vocal about wanting the other militias to leave despite their original call for all like-minded militia to join them.

Which would further suggest that one or more of the groups is not like-minded or an insurgent. Either way the risk of violent action grows with every group that arrives.

Those watching from home do not differentiate between these groups, due to the coverage of the corporate media. So action from any of them, currently represents all of them, as far as the media is concerned.

Pull back your community and reestablish what you as a community feel is the appropriate path.

Similar to the peaceful revolution of the Marijuana Movement, which many feel is the catalyst that started this mass awakening to begin with.

With so many moving parts in this situation, one cannot be sure who is and who isn’t legitimate. It is possible that this entire event was orchestrated to set the stage for the next big move.

An important aspect to consider is that there is misinformation being spread by the very ones meant to inform.

The most important thing for the modern American to remember is that what is being sold, to put it gently, is a fugazy, a fraud, bursting at the seams with counterintelligence.

Many will continue to call this another “conspiracy theory” and they have a right to their opinion, however misguided. Yet the very use of “propaganda” was legalized in 2012, in an amendment proposed by Mac Thornberry (R-Texas) and Adam Smith (D-Wash.) and passed in the House.

It effectively nullifies the Smith-Mundt Act of 1948, which explicitly forbids information and psychological operations aimed at influencing U.S. public opinion.

That which was once considered to be immoral and illegal by politicians of the past, had been quietly legalized. This is documented, yet shockingly unreported by the corporate media.

There are no doubt those within the system who genuinely have the best interest of the American people in mind. However, it is becoming apparently clear that if there are those still fighting for the America we once knew, they are vastly outnumbered.

When one simply considers the recent actions of Congress, an institution meant to represent the will of the people, it becomes clear where their loyalties lie; the secret TTP deal, the manipulative way CISA was passed (added last-minute to an omnibus bill designed to avoid government shutdown) despite massive resistance by voters, and the passing of a bill that allows for the pollution of a public area to not be investigated, among many others.

None of these bills were designed with the average citizen in mind, to the contrary, in every way perceivable, they help corporations and hurt everything else. This is what this nation has become.

Following 9/11, the clear line was drawn that one was either for the war, or for terrorism, and this was absolute political genius while simultaneously, diabolically evil.

Nothing is that black and white yet Americans were turning on their neighbors exclaiming them terrorists for exercising their right to speak out against their government.

The common phrase was uttered, “if you don’t like it then move somewhere else!” The absolute idiocy and mindless compliance this statement exudes foreshadows times to come.

Despite what one chooses to believe, there is a battle for your mind, and what you choose to believe, in the coming years, will define the world in which you live.

In the world they wish to create, one will either be for or against America, there will be no third option.