It’s time to tell you something that perhaps a lot more people are finally ready to hear:

Every institution in America is sold out, corrupted and politically rigged to favor Big Government and Big Business.

“The total corruption of every public and the private institution is complete. Nothing remains but tyranny. And lies. Endless lies.”

CNN, Reuters and the Associated Press are all now shameless promoters of every big lie across every sector of society, from jjabs and GMOs to elections and politics.

The federal government itself is incapable of doing anything other than lying, and it has totally corrupted the entire realm of science by pulling the strings of funding via the National Institutes of Health and the NSF.

The FDA is entirely corrupt, as is the USDA. Both function now as little more than marketing propaganda pushers for Big Pharma and Big Biotech.

Similarly, Google, Facebook and Twitter are all rigged, too, censoring the voices they don’t want anyone to hear while highlighting the establishment lies they wish to promote.

Here’s what “rigged” really means… the tools of tyranny

When I say “everything is rigged,” what does that mean, exactly?

• All “official sources” are ordered to constantly lie about everything, weaving illusions to push a chosen narrative rooted in fiction (from “there are no Islamic terrorists” to “carbon dioxide is poison to the planet”).

• All voices of reason and sanity are silenced. Only the most insane, irrational voices are allowed to be magnified through any media (including social media). This is also true across the sciences, where real science has been all but snuffed out by political agendas (biosludge, GMOs, glyphosate, mercury in dentistry, etc.).

• All facts are obliterated by propaganda. Facts have no place in any debate, and those who invoke facts are shamed and silenced (or even fired from their jobs, expelled from their schools or bullied into a state of suicide on social media).

Anyone who invokes facts on things like the actual statistics of police shootings is told they are “part of the problem” because they have the “wrong attitude” about social justice.

• Every branch of government is weaponized against the people and used as an assault tool against political enemies who threaten the status quo. (IRS, FDA, FTC, DEA, EPA, USDA, etc.)

• All science is distorted into absurd, politically-motivated conclusions about everything the government wants to use to control the masses: Vaccines, climate change, GMOs, fluoride, flu shots, chemical agriculture, carbon dioxide and so on.

• Every branch of medicine is hijacked by globalist agendas to make sure medicine never makes anyone healthier, more alert or more cognitively capable of thinking for themselves.

• Every “news item” that’s reported from any official source is deliberately distorted to the point of insanity, turning many facts on their heads while attacking anyone who might offer something truly constructive to the world.

(Such as reporting that Clinton was “cleared” by the FBI when, in fact, she was indicted by the very facts the FBI presented!)

• All voices of truth are silenced, then replaced by meaningless, distracting babble (Kardashians) or meaningless, tribal sports competitions (the Rio Olympics). The point is to dumb down the entire population to the point of cultural lunacy. 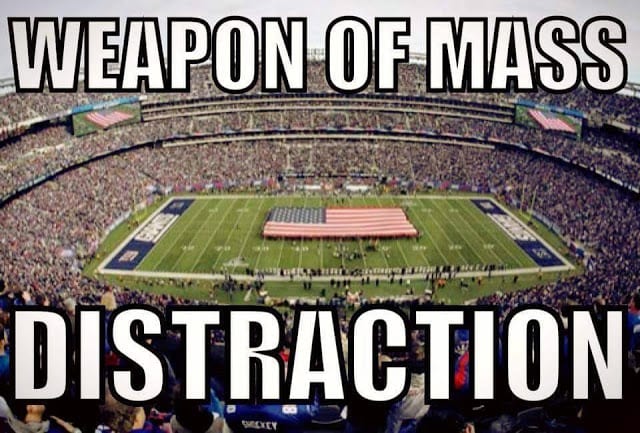 “Films, Football, Beer and above all Gambling, filled the horizons of their minds.
To control them was not difficult.” — George Orwell, 1984 novel

• Any true reports that contradict any official narrative are immediately censored. For example, radio host Michael Savage just got blocked by Facebook for posting a true story about an illegal alien who committed murder in America.

• Emotions are used as weapons to manipulate the masses. For example, when the mom of a Benghazi victim shares her grief with the world, she is ridiculed and shamed.

But when a radical Muslim father who’s trying to bring Sharia Law to America attacks Trump by expressing his loss of his soldier son, the media turns him into an instant celebrity, praising his “courageous voice” for daring to speak out. The media hypocrisy is enough to make you vomit…

What exactly is rigged?

• Weapons manufacturers and war corporations
• The illegal drug trade (it’s run by the government)
• Political elections (all 100% rigged at the federal level)
• Political polls (now rigged by Reuters, too)

By Mike Adams (excerpt) / Everything is Fake: Top 40 Pieces of Fakery in Our World

DHS Purchases Chemical Weapons, Bayonets, Guns, Tanks Previous post
71 Years Ago, The US Govt Carried Out One of the Worst Terrorist Acts in the History of the World Next post