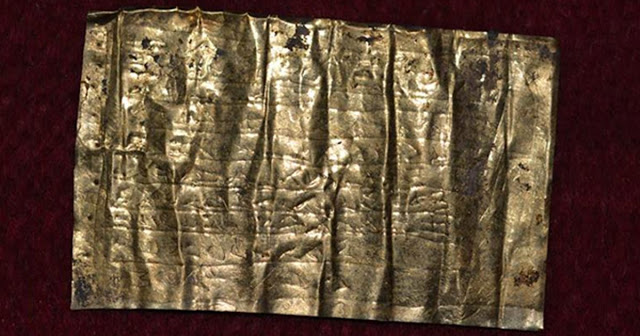 The tablets contain inscriptions in long-forgotten languages with strange magical symbols calling upon both gods and demons to unleash ill-health, punishment, and death upon enemies, unrequited lovers, bad neighbors and relatives.

NBC reports that the curse tablets were found in Roman tombs at the Viminacium archaeological site, the ancient capital of the former Roman province of Moesia Superior in Serbia.

The territory was under Roman (and later Byzantine) rule for about 600 years, from the 1st century BC until the Slavic invasions of the 6th century. 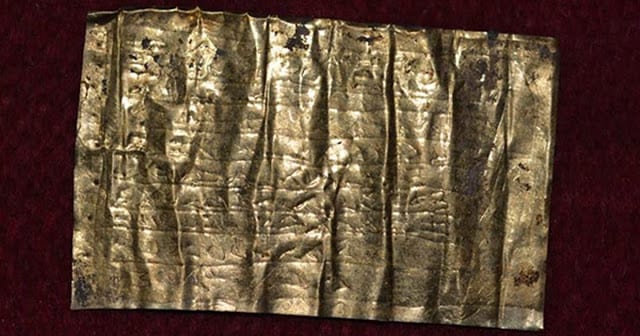 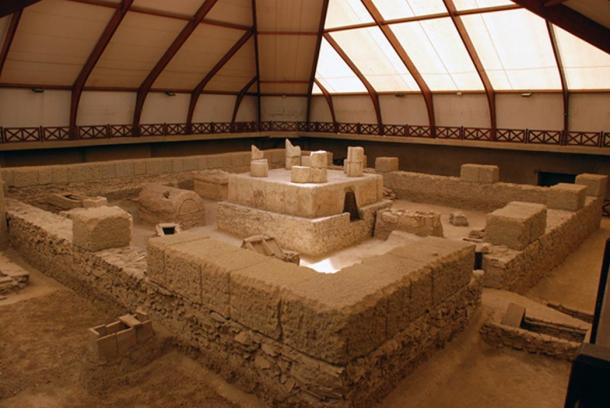 Ruins of a mausoleum at Viminacium (public domain)

Most Roman curse tablets were inscribed in lead, cut from hammered or thinly-cast sheets, and then trimmed to produce flat, rectangular tablets.

Other materials, such as wood, papyri and stone, were also used. However, in the latest discovery, researchers found curse tablets in both gold and silver.

“This is a very important archaeological discovery because it shows us how luxurious the life in Viminacium was or how much hope they had in the ‘curse tablets’ so that they used precious metals,” Miomir Korac, the chief archaeologist at the Viminacium site, told NBC News.

“According to my knowledge, such tablets have never been found inscribed in gold anywhere. According to the Roman customs, gold was never put into graves.”

The curse tablets are written in ancient Greek, in addition to other incomprehensible languages, and contain magical symbols. One of them reads: “Let all the forces and demons help that…”

The wishing of ill-health and death on a person is typical of many Roman curses. One tablet found in Bath, England, reads:

“To Minerva the goddess Sulis I have given the thief who has stolen my hooded cloak, whether slave or free, whether man or woman.  He is not to buy back this gift unless with his own blood.”

Some of them reveal the intensity of the victim’s anger:

“…so long as someone, whether slave or free, keeps silent or knows anything about it, he may be accursed in (his) blood, and eyes and every limb and even have all (his) intestines quite eaten away if he has stolen the ring or been privy (to the theft).”

In the ancient city of Amathus in Cyprus, a curse tablet was found in 2008 bearing the inscription: “May your penis hurt when you make love.” 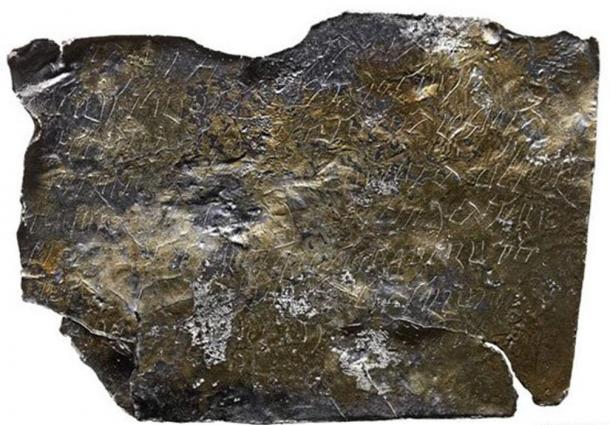 The precious artifacts reveal a changing religious landscape in which Christianity was taking over the old pagan religion, but the pagan practices had not yet been abandoned, as both Christian and pagan gods are invoked.

“Opposing deities appear on these tablets, as if invoking both Christ and the Antichrist today, or Christ and pagan gods, and that is weird. This shows us that the process of converting to Christianity was slow,” said Korac.

In the ancient city of Viminacium, archaeologists have found Christians and pagans buried together, and this suggests that, at least for a time, they were living together in harmony and tolerance.

By April Holloway / Top image: A gold curse tablet dating back to 4th century AD. Institute of Archaeology, Belgrade. This article was originally published on Ancient Origins and has been republished with permission.