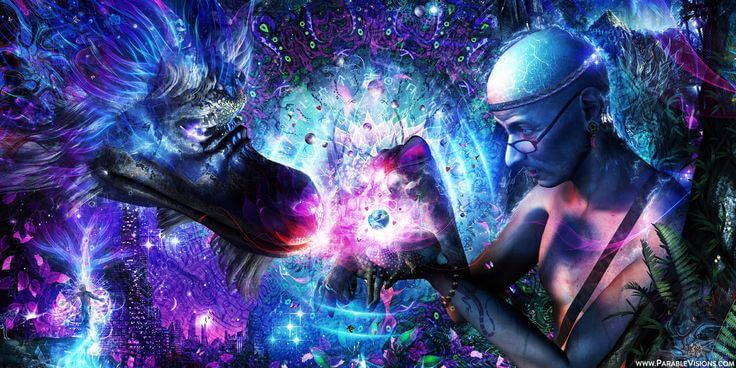 Graham Hancock: DMT (dimethyltryptamine), the most powerful hallucinogen known to science, is a rocket-ship to the other side of reality — and that other side is incredibly interesting!

I’ve had the privilege of undertaking multiple DMT journeys and can confirm the reports of the volunteers cited in an important new study, namely that with DMT there is an overwhelming sense of entering into a seamlessly-convincing ‘alternate universe’ that feels ‘more real than real’, often densely populated with a variety of strange objects and other highly complex visual content, including what appear to be sentient ‘beings’, coupled with the equally overwhelming sense of receiving a download of structured and significant ‘information’ most of which, however, proves difficult to retrieve once back in the ‘normal’ alert problem-solving state of consciousness.

Part of the problem is that the rocket ship to the other side of reality returns us to this ‘normal’ state of consciousness VERY quickly – usually within less than 10 minutes because the effects of injected or smoked DMT, although extraordinarily powerful, are of extremely short duration. 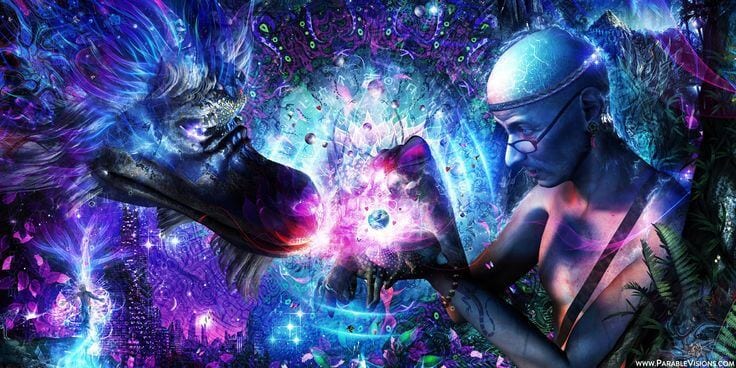 The duration can be extended with monoamine oxidase (MAO) inhibitors, as in the Amazonian visionary brew Ayahuasca.

However the nausea and physical discomfort that accompanies Ayahuasca can detract from focus on the visionary elements of the experience, and besides the MAO inhibitors in the vine themselves possesses psychoactive properties and may potentiate the effects of other psychoactive alkaloids in the plant mixture, with the result that the subjective effects of Ayahuasca differ from those of pure DMT.

Furthermore it is not possible to precisely regulate and maintain the optimum concentration of DMT in the brain with an oral preparation.

But what if we could stay continuously in the pure DMT state, at the peak of the experience, for HOURS? Or even DAYS? Might we not then become the first true astronauts of inner-space?

The new system of continuous administration revealed in the linked study, by neurobiologist Andrew Gallimore and DMT research pioneer Rick Strassman, is based on the technology developed to maintain a stable concentration of anaesthetic drugs during surgery – only in this case what will be continuously administered is not an anaesthetic but pure DMT.

We don’t know yet what the mysterious DMT realms are. Perhaps they’re just ‘our brains on drugs’ as many hard-line materialists believe, but we cannot exclude the possibility that they are indeed, as experienced, freestanding alternate REALITIES inhabited by intelligent entities that wish to communicate with us and that may indeed be ‘the ancient teachers of mankind’ (as I described them in my 2005 book ‘Supernatural’).

I suggest, if we are to ever properly to understand the human condition – and the nature of ‘reality’ — it is a matter of vital priority that we thoroughly investigate and explore these realms of inner space.

In my opinion this should be at least as high a priority, and at least as well funded, as NASA’s current exploration of outer space, and is likely to produce much more exciting and world-changing results.

It would call for great psychic fortitude to undertake a peak DMT experience lasting many hours, but who knows what information might be brought back from such sustained and in-depth exposure?

I can just about handle 10 minutes but I find the prospect of a much longer journey rather terrifying! Any courageous and intrepid volunteers to to be amongst the world’s first true DMT astronauts?

Rick Strassman’s DMT: The Spirit Molecule, and Graham Hancock’s Supernatural can be both purchased from Amazon or any good bookstore.For the latest news on forbidden history, please visit Graham Hancock’s website.

Before America Wanted to Eradicate Them, the U.S. Military was Weaponizing the Zika Mosquito Previous post
6 Anti-Clinton Activists Have Been Murdered or Died in Mysterious Circumstances Over the Last Month Next post