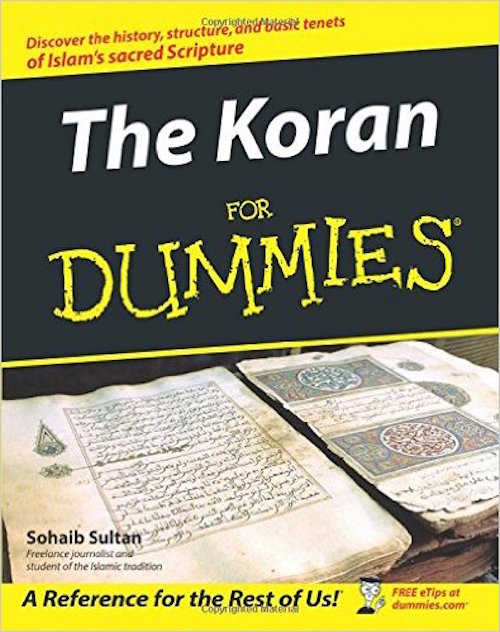 ISIS recruits were exposed earlier this year, in a batch of leaked ISIS documents in March 2016, as people who have so little knowledge about Islam that some of them ordered “Koran for Dummies” and “Islam for Dummies”.

The story is making its round in the media right now. The leak was another crushing blow to the Islamic terrorism and ISIS psyop themes, and yet more evidence that ISIS is not the radical and fanatically religious group we have been led to believe.

It is, rather, an entertaining CIA-MI6-Mossad cover story whose usefulness may be running out (this is not to say ISIS doesn’t exist or doesn’t really kill people, but rather that the whole operation is controlled by a hidden hand).

It turns out that the ISIS recruits featured in these leaked docs have little connection to Islam at all, and most certainly do not have the conviction of belief to become suicide bombers or sacrifice themselves in this life to get 100 virgins in the next. 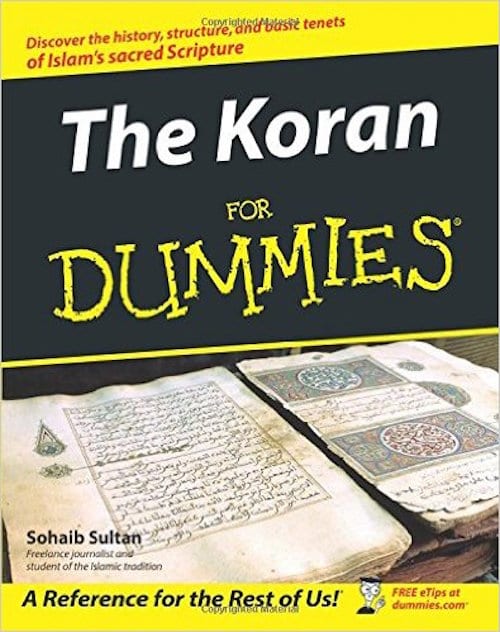 A leak of documents earlier in 2016 showed that few ISIS recruits know anything of Islam –
another blow to the Islamic terrorism and ISIS psyop theme.

Of course, this kind of deception and fakery (recall the fake green screen beheadings) is par for the course for the New World Order cabal, who constantly need to invent new enemies to distract people and justify harsh law and endless war.

Majority of ISIS Recruits Have No Knowledge of Islam

The ISIS recruits revealed in these documents are a motley crew for sure. According to NBC:

“The applicants came from all job sectors. Listed occupations included beekeeper, perfume salesman, airline steward, Saudi intelligence worker, soldier in the Tunisian army. One reported he was in “counter-narcotics,” another that he was a hashish dealer … “

And this is from the Daily Mail:

“Leaked ISIS documents have shown that 70 percent of recruits have hardly any knowledge of Islam and that some even had to read ‘Islam for Dummies’ or ‘The Koran for Dummies’ to learn about the religion.

“An analysis of recruitment forms from the terror group has revealed that many of its militants do not even have a basic knowledge of the Koran or hadith – the sayings and actions of the Prophet Muhammad.

“The documents were acquired by the Syrian opposition site Zaman al-Wasl and shared with the Associated Press.”

Ever since the 9/11 false flag attack, the Islamic terrorism psyop has had one major flaw in it; unfortunately for the propagandists, the alleged “terrorists” ain’t very “Islamic”.

Some of the 9/11 terrorists were seen in nude bars and strip clubs in Las Vegas and Florida before the event.

Even the 9/11 commission, as tightly manipulated as it was, said that two of the alleged Saudi 9/11 hijackers, Satam Al Suqami and Salem Alhazmi were “unconcerned with religion and, contrary to Islamic law, [were] known to drink alcohol.”

Many have claimed that the purported 9/11 ringleader, Mohammed Atta, was a chain-smoking beer drinker who gambled and partied with his American girlfriend.

The so-called “principal architect” of the 9/11 attacks (if you exclude the real principal architects like Bush, Cheney, Rumsfeld, Netanyahu and other NWO gofers) Khalid Sheikh Mohammed had a nephew called Ramzi Yousef – who got life in prison for his role in the 1993 World Trade Center bombing.

He was apparently often spotted in Manila’s red-light district, and the FBI agent who hunted Yousef said that he “hid behind a cloak of Islam”.

Hiding Behind the Cloak of Islam

We have to face the truth that ISIS appears to have little or nothing to do with Islam itself, but is rather using religion as a tool for its own ambitious, political, violent and destructive ambitions in trying to forge a new territory or caliphate.

It’s all about using the cloak of Islam, just as other cults use the cloak of religion and spirituality to attract new members to their cause.

The ISIS recruits who get suckered into this scheme are not doing it for the love of Allah or out of piety, but because ISIS promises them adventure and glory, and an apparent way out of their dull and meaningless lives.

“As Atran pointed out in testimony to the US Senate in March 2010: “… what inspires the most lethal terrorists in the world today is not so much the Quran or religious teachings as a thrilling cause and call to action that promises glory and esteem in the eyes of friends, and through friends, eternal respect and remembrance in the wider world”.

He described wannabe jihadists as “bored, under­employed, overqualified and underwhelmed” young men for whom “jihad is an egalitarian, equal-opportunity employer… thrilling, glorious and cool”.”

Conclusion: Beware of the ISIS Psyop

Given all this, it’s important to keep your wits about you whenever you read stories about Islamic terrorism and ISIS. As this information about ISIS recruits shows, things are not what they seem.

We live in an age where Islam, Muslims and Islamic terrorism are the new bad guys, and although is it certainly fair to be concerned about aspects of regressive sharia law and the Muslim migrant rate epidemic in Europe, the propagandists are also exploiting Western people’s fear of the “other” and fear of the unknown to justify their geopolitical schemes.