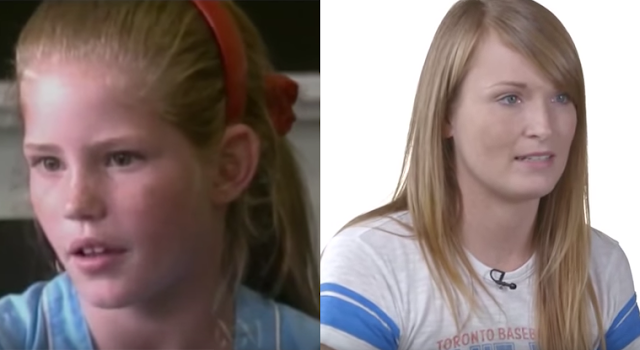 At first as a child and now again, Emily Trim shares her incredible story of one of the most well known ET and human encounters ever released.

The UFO phenomenon is taken very seriously these days.

It’s no longer a fringe topic, and the existence of UFOs has been confirmed by dozens of governments, thousands of previously classified UFO files, and testimony from several hundreds of high ranking military personnel — and that’s not even accounting for the testimony that’s been offered from multiple academics and politicians.

You can see some of those statements at the bottom of this article about Carl Sagan, or find more links to evidence, documents, and more by visiting the exopolitcs section of our website. 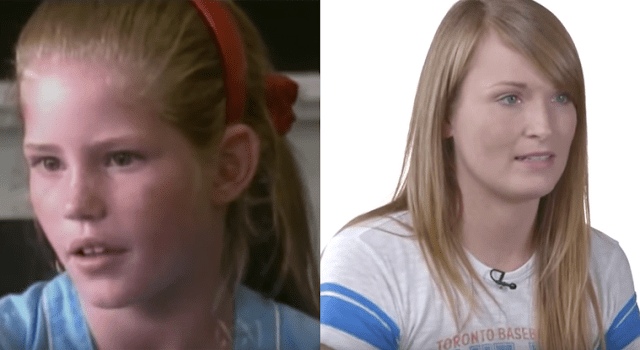 This is what happens when the military tracks a UFO on radar.

Dismissing someone claiming to have had contact with extraterrestrial beings as ‘crazy’ is ignorant in this day and age. It shows how much the world still has to learn about the subject, and we hope to help with that.

After all, this information has been deliberately obscured and manipulated, which former head of the CIA Roscoe Hillenkoetter made evident in 1960 when he told the world that “high ranking air force officers are soberly concerned about UFOs. But through official secrecy and ridicule, many citizens are led to believe the unknown flying objects are nonsense.”  (source)

Along with many other people, former Chariman of the NATO Military Committee, Chief of Defence Staff, and 5 Star Admiral of the Royal Navy Lord Admiral Hill Norton has said that:

“There is a serious possibility that we are being visited and have been visited for many years by people from outer space, from other civilizations” and that we should “find out who they are, where they come from, and what they want.”

He went on to emphasize how “this should be the subject of rigorous scientific investigation and not the subject of ‘rubbishing’ by tabloid newspapers.” (source)

Below is a video of Emily Trim, who was part of one of the most outstanding UFO/extraterrestrial experiences in modern history. The encounter took place on September 16th, 1994 and included approximately 60 schoolchildren between the ages of 5 and 12 years old.

All of them were playing outside their school when they witnessed a large craft, several other, smaller crafts gliding all around, and then intelligent (assuming extraterrestrial) beings emerge from them.

The remarkable thing about this story is that all of the children told the exact same story, precisely, as if what had happened really did occur; they were being completely sincere about their experience.

Another remarkable fact about this case is that the children’s drawings of what they saw were also extremely consistent with one another.

This case was so serious that multiple psychologists were involved with examinining the children, one of whom was Harvard psychologist and Pulitzer Prize winner Dr. John Mack.

He determined that “these are people of sound mind telling me something… they describe these events like a person talks about something that has happened to them.” – Watch

He describes extraterrestrial contact in general as both a literal and psychological experience:

“It’s both literally, physically happening to a degree; and it’s also some kind of psychological, spiritual experience occurring and originating perhaps in another dimension.

“And so the phenomenon stretches us, or it asks us to stretch to open to realities that are not simply the literal physical world, but to extend to the possibility that there are other unseen realities from which our consciousness, our, if you will, learning processes over the past several hundred years have closed us off.” (source)


(The transcript of the video can be found here).

Note the emotion shown in this video. Many of us cannot even imagine what it would be like to meet a being from another world, universe, or dimension. It’s simply incomprehensible to us.

And on a collective level, it’s still not something we’re not ready to accept — but we’re getting there. We have to recognize what’s happening eventually, and I don’t think this needs to be a scary process.

Thanks Emily for sharing your story with the world! 🙂

More On The Story

“Until this day, he has never stopped talking about it.” – mother of one of the children (source)

Some of these children were so taken aback by their experience that they ran into the school crying.

According to one of the teachers from the video below, the children came running back into the school in “such a panic” that “even if we staged it, they could have not all run together like that.”

Enthusiastically, she compared the children to a living snake, and that it was during a staff meeting that they “just heard them screaming and screaming… a child cannot make that up.”


What Happened? Why Were They There?

Some of the children were asked what they got from the experience. One of them answered that the beings were here to tell us that “we don’t look after the planet properly.”

The child was stricken with a horrible feeling and vision that the world might end, that “all the trees would go down and nobody would be able to breath,” making one wonder, were these extraterrestrial beings trying to get children to think about what we are doing to our planet?

Among the various extraterrestrial encounters that have been reported, this theme pops up time and time again.

Yet there are still so many questions to be answered. Did the beings come upon these children accidentally, or did they seek them out? Or were they there for some other reason altogether?

The fact that all of the adults were in a staff meeting is also intriguing; did they intentionally time their appearance for when there would be no adults around? What do you think the purpose for such an encounter could be?

Here are a few comments from some of the children more recently, recounting what happened:

“All of a sudden it was just like imaging going through my head, a message, telepathic communication.” (source)

“We met up on many occasions after that, hugged and shook our heads and said that was the most amazing experience of our lives wasn’t it?” (source)

It’s not uncommon for children to make up stories, but when you have more than sixty children doing it with such accuracy and consistency between them, it’s difficult to believe that something extraordinary didn’t happen here.

Some of the Children’s Drawings 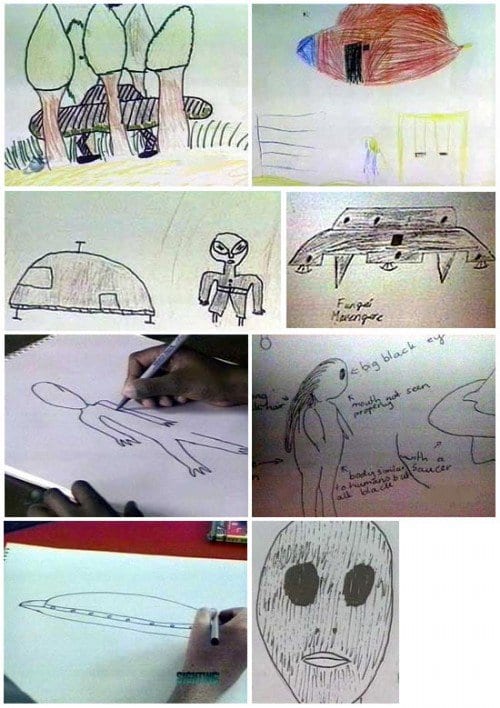