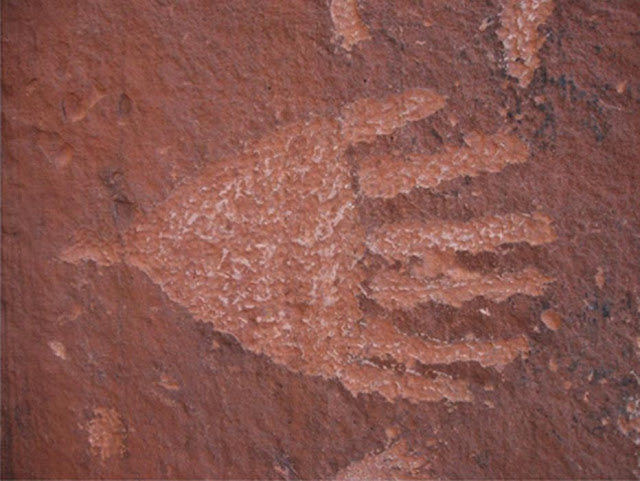 Ancient people of the Pueblo culture of Chaco Canyon, in what is now New Mexico, decorated their houses with six-digit handprints and footprints.

Although it is not really known why these images were depicted in homes, researchers suggest that having an extra finger or toe made the person more important and respected in this society.

According to National Geographic, researchers were aware of the examples of polydactyly (‘many fingers’) among the Pueblo culture for many years.

Several skeletal remains showing extremities with extra toes and fingers have also been found. One of the discovered remains had an ornate anklet around its six-toed foot but carried no such offering on its five-toed foot. 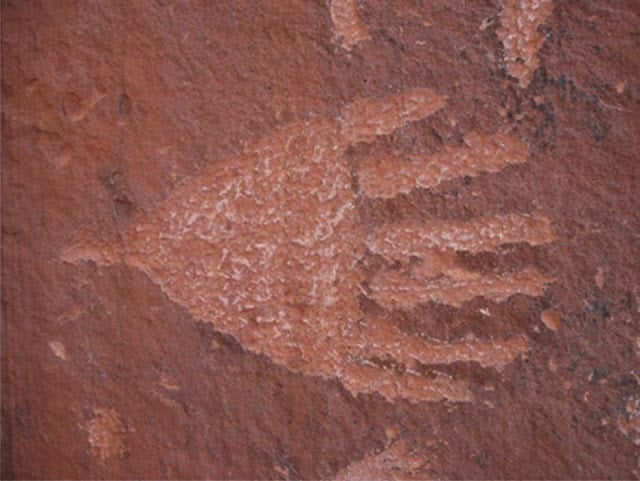 The team of researchers, led by anthropologist Patricia Crown of the University of New Mexico conducted the project, initially intrigued by the evidence that divine powers were attributed to polydactyls among the pre-Columbian tribes, such as the Maya.

However, according to the report, the Puebla culture did not view six-toed individuals as supernatural like the Maya, but this form of polydactyly did grant people exalted status in life and in death.

The researchers maintain that people with six toes were usually associated with important ritual structures and were buried with high-status objects like turquoise.

The researchers also sought to determine how common polydactyly was among the Puebla people. They analyzed 96 skeletons excavated from the Pueblo Bonito site, the largest great house in Chaco Canyon.

In this group of remains, they identified three individuals with a sixth toe on the right foot, which equates to 3.1% of the sample. 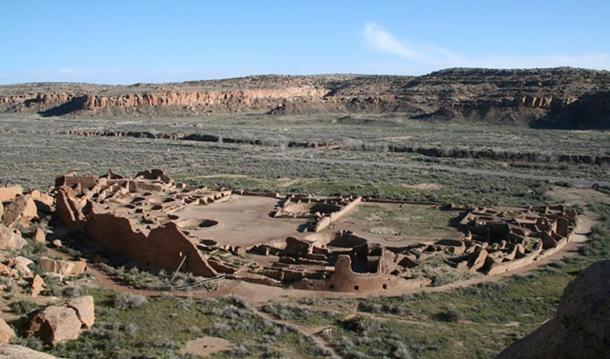 The researchers identified several handprints and footprints plastered into the walls and floors throughout the great houses.

Moreover, an abundance of sandals, sandal-shaped stones, and images of sandals, which all include evidence of a feature to accommodate an extra toe, have been found.

The 6-toed footprints and 6-fingered handprints were clearly honored elements in the society and could have held a ritual meaning.

“What is important about this study is the strong case the authors make for significance and meaning. Using biology, art, architecture, and spatial distribution… they have built a substantial body of evidence where we only had some intriguing hints before.” 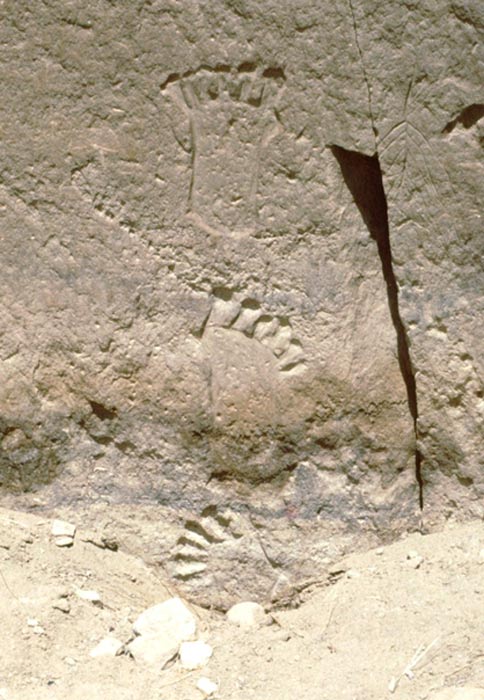 The researchers still don’t understand why the rate of polydactyly was higher among the Chacos than other tribes.

It is also unclear whether the rate of polydactyly found in the skeletal remains from Pueblo Bonito is fully representative of the living population at the time. Therefore, the research will be continued.

The prehistoric Pueblo culture dominated the high desert of the Chaco Canyon circa 1,000 years ago. The Puebla people are still very mysterious.

“For over 2,000 years, ancient Pueblo peoples occupied a vast region of the south-western United States. Chaco Canyon, a major center of ancestral Pueblo culture between 850 and 1250 AD, was a focus for ceremonials, trade and political activity for the prehistoric Four Corners area.

The Puebloans quarried sandstone blocks and hauled timber from great distances, assembling fifteen major complexes that are thought to have been the largest buildings in North America until the 19th century.

The massive multi-storied buildings oriented to solar, lunar, and cardinal directions, the high level of community social organization, and its far-reaching commerce, created a cultural vision unlike any other seen before or since in the country.

However, all of this suddenly collapsed in the 13th century when the centers were mysteriously abandoned and were never revived. 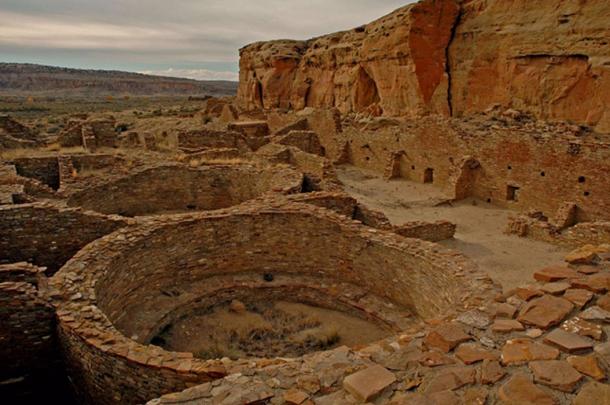 The long-held theory is that the downfall of the Chaco Canyon culture occurred because of the poor land-use and deforestation that took place to build the cities.

It is popularly cited by environmentalists and others as an example and warning of how human society employs unsustainable land-use practices.

However, new research published in the Proceedings of the National Academy of Sciences has drawn this perspective into question.

According to a report published in Popular Archaeology, the study conducted by scientists from the Department of Anthropology, University of New Mexico, shows that there is no substantial evidence to support the claim that the ancient Puebloan peoples, who constructed highly advanced towns and cities, simply overused their resources.”

The results of the latest research were published in the journal American Antiquity.

By Natalia Klimzcak / Top image: A petroglyph of a six-fingered hand. Red Tank Draw, AZ (Hand)
This article was originally published on Ancient Origins and has been republished with permission.