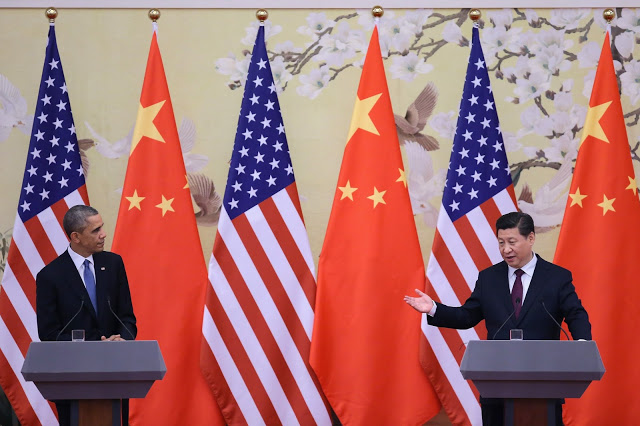 US-China tension in the last few months has sharply increased, with both nations exchanging some heated dialogue over the contested issue of the South China Sea.

Although the prospect of the US and China actually engaging in battle is still an abstract idea, the notion became a little more concrete recently with the decision of the RAND corporation (long-time New World Order think tank) to release a study entitled War with China – Thinking Through the Unthinkable.

The RAND corporation has been intimately involved with US military intelligence ever since its inception after World War 2, and has a history not of reactively responding to trends, but rather proactively shaping them.

I would suggest this is yet more evidence that the Anglo-American-Zionist NWO manipulators are now actively working on causing US-China tension, in order to bring China into a potential conflict that could become World War 3. 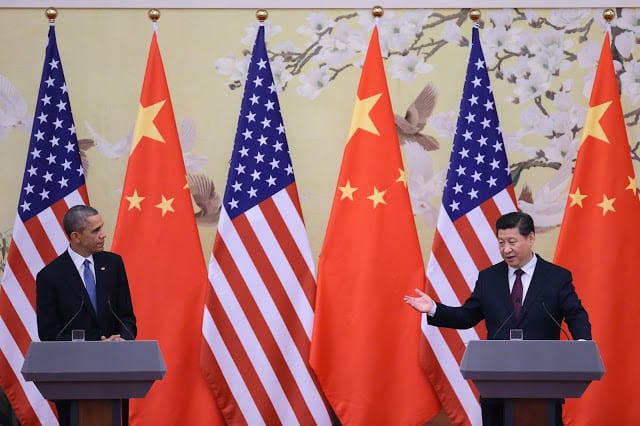 Having spent a lot of the last 5 years (since the invasion of Syria in 2011) aggravating Russia and being in an indirect proxy war with the Russians, the US has now turned some of its attention to China as well.

Clearly, WW3 with China is no longer “unthinkable” since it is now being openly discussed and evaluated.

RAND Study: US-China War Would Be “Prolonged, Destructive and Inconclusive”

The authors of the RAND study claim that “while neither state wants war, both states’ militaries have plans to fight one” and that “Chinese losses would greatly exceed U.S. losses, and the gap would only grow as fighting persisted. But, by 2025, that gap could be much smaller.

Even then, however, China could not be confident of gaining military advantage, which suggests the possibility of a prolonged and destructive, yet inconclusive, war.”

This isn’t the first time RAND has been preoccupied with US-China tension. This recent 2016 has been preceded by many easier studies, such as this 2015 study entitled The U.S.-China Military Scorecard – Forces, Geography, and the Evolving Balance of Power, 1996–2017 which states:

“Despite U.S. military improvements, China has made relative gains in most operational areas, in some cases with startling speed…

“The U.S. military should adopt operational concepts and strategies that capitalize on potential advantages and utilize the geographic size and depth of the theater, as well as areas of particular U.S. military strength.”

There is also this 2015 study entitled China’s Incomplete Military Transformation – Assessing the Weaknesses of the People’s Liberation Army (PLA) which states:

All in all, the trend is that China is rapidly improving its military strength and capability, but RAND’s conclusion is that the US is still superior, although if war were to break out, it may be decided by non-military factors such as economic ones. 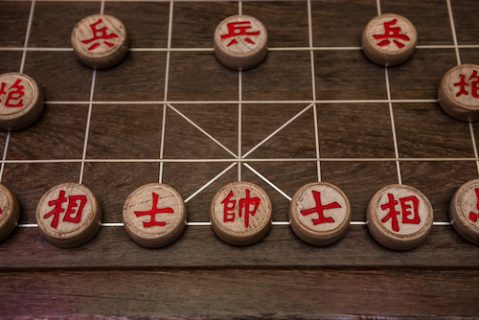 US-China tension: evidence of the pieces and players being moved in preparation for WW3

Rekindling the Cold War, This Time with Russia and China

Last month the Hague Tribunal ruled on the issue of the disputed territory of the South China Sea. It concluded that “there was no legal basis for China to claim historic rights to resources within the sea areas falling within the ‘nine-dash line’”.

The nine-dash line was a demarcation China made on the map in 1947 to claim their supposed territory. The Hague ruling angered China, who boycotted the hearings and ignored the decision on the basis that the Tribunal has no jurisdiction over the matter.

The issue over the South China Sea didn’t have to be America’s issue; according to renowned journalist John Pilger, Hillary made it so, and the current Obama administration has made a point of focusing on enlarging its forces in South East Asia in its Pivot to Asia:

“As her emails show, Clinton appears to want to destroy Syria in order to protect Israel’s nuclear monopoly. Remember what she did to Libya and Gaddafi. In 2010, as secretary of state, she turned the regional dispute in the South China’s Sea into America’s dispute.

“She promoted it to an international issue, a flashpoint. The following year, Obama announced his “pivot to Asia,” the jargon for the biggest build-up of US military forces in Asia since World War Two.

“The current Defense Secretary Ash Carter recently announced that missiles and men would be based in the Philippines, facing China. This is happening while NATO continues its strange military buildup in Europe, right on Russia’s borders.”

The US is not the only one building up forces. China has been building artificial islands in the aforementioned South China Sea’s Spratly Islands by digging up underwater sediment and depositing the material on reefs.

Then, China has built air strips and has test landed planes there, much to the ire of Vietnam. Pilger is currently working on a film The Coming War on China which will tell the story of why US-China tension has been escalating.

As Pilger writes, the film will reveal that:

“… the US is preparing for a new provocative cold war that has every chance of becoming a hot war. Washington has begun to move its main missile and naval forces into the Asia-Pacific in order to surround and ‘confront’ China, whose extraordinary economic rise in recent years is regarded in Washington as a threat to American dominance.”

In commenting on these ominous indications, Peter Symonds of World Socialist Web Site writes that:

“The RAND Corporation paper is a chilling confirmation of the warnings made by the International Committee of the Fourth International (ICFI) in its statement of February 18, 2016 titled “Socialism and the Fight Against War.”

“The statement notes that at a certain point, military fatalism becomes a significant contributing factor to the outbreak of war. It cites an international relations specialist who wrote:

“Once war is assumed to be unavoidable, the calculations of leaders and militaries change. The question is no longer whether there will or should be a war, but when the war can be fought most advantageously.”

It is a massive step backwards in the evolution of humanity for the world’s greatest superpower, the USA, to be following the Wolfowitz Doctrine and rekindling the Cold War, after the Soviet Union finally collapsed in 1991.

There is no good reason for the US to make more enemies, when Russia and China would willingly cooperate with it.

Russia’s Putin has repeatedly expressed his desire to peacefully coexist with the USA. However, as always, US foreign and military policy is not being driven by true American national interest. 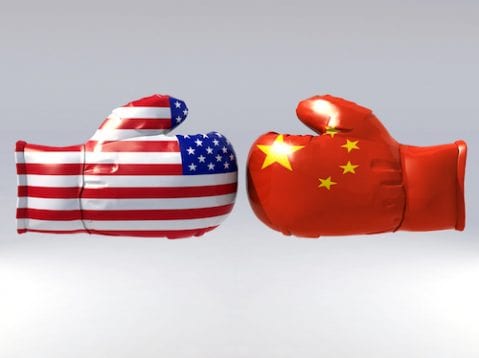 US-China tension is part of the larger strategy of the New World Order:
a Global Government on the ashes of chaos.

US-China Tension: On a Deeper Level — Exposing the Rothschild Involvement

If RAND is correct in their assessment that a WW3 scenario between US and China would be long and inclusive, that may suit some people just fine.

I am referring to the NWO cabal of international bankers and unelected shadowy figures who have no allegiance to particular countries.

The chief family of the NWO, the Rothschilds, have a documented history of funding both sides of wars (as they did in WW1 and WW2).

That way, they make lots of money while countries fight each other, and they also get to determine who wins by denying credit to the side they have designated to lose.

Since the Rothschilds, who have now intermarried and interbred with the Rockefellers and other rich families to some degrees, control the central banks of so many countries around the world, will they be able to pull off this same strategy once again?

Or will enough people realize what’s going on and stop the rush towards war?