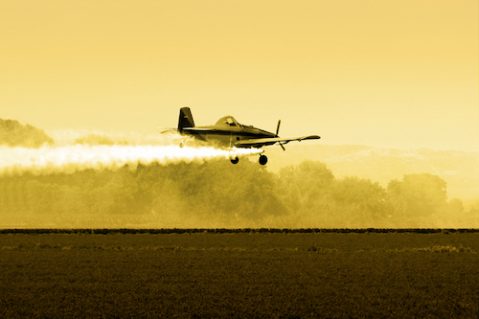 Big Pharma-Big Agra mergers have accelerated recently, with Syngenta being bought by ChemChina (China National Chemical Corporation), Dow Chemical merging with DuPont, and Monsanto agreeing to be acquired by Bayer on Sept. 14th 2016 for US$66 billion.

Bayer and Monsanto have signed off on the deal. Syngenta had previously rejected a $47 billion takeover bid by Monsanto last year in 2015. Now US and EU regulators will examine the Bayer-Monsanto deal.

This would constitute a massive consolidation of power into the hands of a few, a power which would determine who gets seeds to grow food to eat, and who doesn’t. 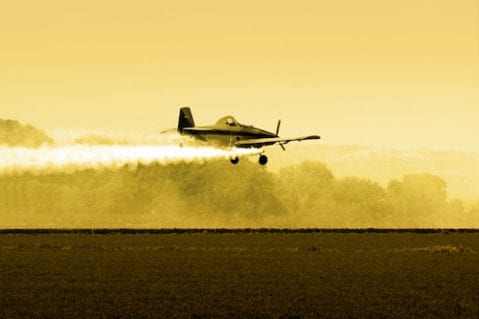 A crop duster sprays toxic chemical pesticides over a field of food to be eaten by humans.
Yep, this is “normal” on planet Earth.

Big Pharma and Big Biotech are in the same kind of industries – using synthetic, artificial and chemical techniques to “hack” life and duplicate products which are of inferior quality to the original – and more harmful.

Big Pharma-Big Agra mergers are therefore to be expected, although that doesn’t make them any less dangerous.

History repeats itself. The trend towards consolidation and centralization of power occurred in the US MSM (Mainstream Media), where the total number of media outlets went from around 50 in 1983 to 6 by 2011.

The Syngenta-ChemChina, Dow-DuPont and Bayer-Monsanto mergers or acquisitions mean that instead of 6 now just 3 companies will dominate the commercial agricultural seeds and chemicals industry.

It used to be Syngenta, Bayer, BASF, Dow, Monsanto and DuPont who prior to these mergers owned 60% of commercial seed and over 75% of agrochemical markets.

If you dig a little further, you will find that many of the owners of these multinational media and chemical corporations are the very same groups and people.

Colin Todhunter writes in his article Monsanto And Bayer: Why Food And Agriculture Just Took A Turn For The Worse:

“These corporate managers belong to a global agribusiness sector whose major companies rank among the Fortune 500 corporations.

“These companies are high-rollers in a geo-politicised, globalised system of food production whereby huge company profits are directly linked to the worldwide eradication of the small farm – the bedrock of global food production, bad food and poor health, inequitable, rigged trade, environmental devastation, mono-cropping and diminished food and diet diversity, the destruction of rural communities, ecocide, degraded soil, water scarcity and drought, destructive and inappropriate models of development and farmers who live a knife-edge existence and for whom debt has become a fact of life.” 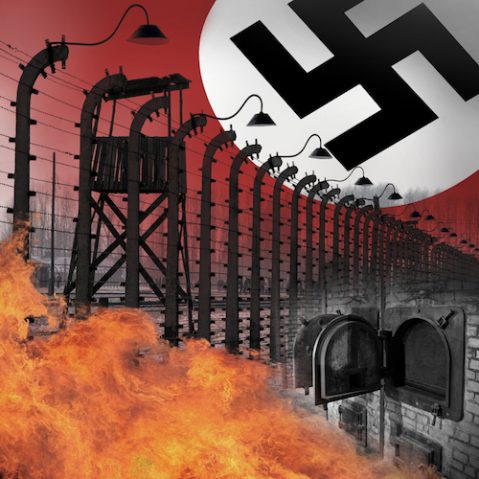 The history of Bayer is the history of IG Farben, the Nazis and the NWO American businessmen who funded them.

A Brief History of Bayer and Monsanto

Bayer used to be part of the Nazi chemical war conglomerate IG Farben (Interessen-Gemeinschaft Farbenindustrie, or the “Community of Interests” of chemical dye-making corporations) which was formed in 1925 through the mergers of major German chemical companies.

After the defeat of the Nazis at the end of WW2, IG Farben was split into many parts, 4 of which became Bayer, BASF, Sanofi and AGFA. Hitler’s partner in crime, fascist Italian dictator Mussolini, famously defined fascism as the merger of State and corporate power.

Today’s Big Pharma is directly derived from these all-powerful chemical companies which ruled alongside the government of their times. From Truthwiki.org:

“The Nuremberg War Criminal Tribunal convicted 24 of the I.G. Farben executives for mass murder, slavery and other crimes against humanity; however, in less than 7 years, every single murderer was released, and began consulting American corporations.

“From 1950 to 1980, Bayer, BASF, and Hoechst filled their highest position, Chairman of the Board, with convicted mass murderers. Fritz ter Meer, convicted of mass murder, served just 5 prison years, then “conveniently” became the chairman of Bayer’s supervisory board.

“Kurt Blome, who admitted to killing Jews with “gruesome experiments,” was hired in 1951 by the U.S. Army Chemical Corps to work on chemical warfare.

“Today, these companies send lobbyists to Washington D.C. with millions (if not billions) of dollars to influence regulatory decisions made by the FDA and the CDC. These companies today are more powerful in and of themselves than I.G. Farben ever was during WWII.”

Monsanto, hailed as the most evil and hated company in the world, hardly needs much of an introduction.

In its brief history it has already brought to the world agent orange, DDT pesticide, rBGH (Recombinant Growth Bovine Hormone), the artificial sweetener aspartame, terminator seeds, GMOs and glyphosate (the main ingredient of its infamous RoundUp).

Monsanto has such power over the US government that it gets it to start trade wars with non-GMO nations. As a reminder from my glyphosate article:

“Glyphosate depletes micronutrients (such as calcium, zinc, magnesium, sulfur and cobalt, just to name a few) which are essential for health in plant and animal organisms.

“Specifically, glyphosate interferes with the shikimate pathway, a metabolic function in plants which allows them to create essential amino acids or proteins. Without this pathway functioning properly, the plant cannot survive.

“Although animals and humans don’t have a shikimate pathway, here comes the glyphosate problem: the bacteria in our gut (microbiome or microbiota) do have this pathway, and we are reliant upon this microbiome in our gut for our health, immunity and our “second brain”.

“When we allow glyphosate to infiltrate our system, it destroys our gut and subsequently our immune system.” 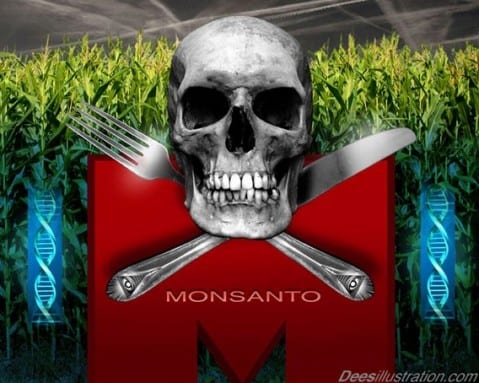 Complete History of BAYER: One of the Biggest Depopulationist Companies in the World

The agreed Bayer-Monsanto merger is wider than just Bayer or Monsanto, and broader than just Big Pharma-Big Agra mergers. Renowned and outspoken doctor Rima Laibow has labeled the phenomenon as the Big Agra-Big Biotech-Big Pharma Cycle of Death.

Here’s how it works: the giant multinationals of the corporatocracy buy up a massive share of the food production industry.

Then, through genetic engineering and mass spraying of toxic pesticides, they produce poisoned food (either pesticide-laden conventional crops or GMOs) which weaken the body in one way or another when ingested at the dinner table.

You either get food devoid of essential nutrients, or GM food, which Laibow calls “phude” because it is not real food but rather fake engineered food.

Of course, the end result of eating too much of this stuff is chronic inflammation and disease, and then the same corporate conglomerate, through its Big Pharma arm, is happy to step in and give you “medicine” (which doesn’t really heal you) that you wouldn’t have needed in the first place had you just eaten natural, unadulterated food!

Interestingly, Laibow has also suggested that autism is being deliberately engineered (via jjabs and other environmental toxins) to create delta drone personalities (as referred to in Huxley’s Brave New World) to form a docile, obedient workforce.

The rate of autism is rising all the time, and now a shocking 1 in every 68 US children is autistic according to the CDC.

Some of the very same ingredients like cancer-causing fluoride are used both in Big Pharma “medicine” (antibiotics) and Big Agra pesticides. It’s one giant industry, and it’s one giant cycle of death.

Their business models are based on making an artificial, synthetic and inferior version of something that is freely and naturally available, then getting a patent on it and establishing a monopoly on it (through mergers and acquisitions).

All the while, they put out deceptive propaganda and PR lies designed to lead you away from the original, natural, superior version to the artificial, unnatural and inferior one.

This involves denigrating organic food while hiding the toxicity of GM food, putting down homeopathy and other natural modalities while bolstering Rockefeller allopathic western medicine, and criticizing traditional and natural farming methods while promoting chemical pesticides which poison and kill.

Their scheme is obvious, once you have the eyes to see it.

How much longer until a critical mass grasps the madness of the synthetic agenda?

Dr. Newport Reversed Her Husband's Alzheimer’s With 4 Tbs of THIS Oil Per Day Previous post
Blushwood Berry Proven to Treat 75% of All Types of Cancer Within 25 Days Next post