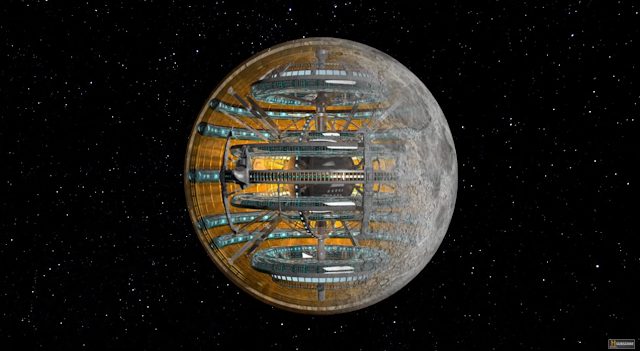 That’s No Moon — It’s an Alien Observatory Created to Keep an Eye on Us!

Sure, claiming the Moon is artificial might sound crazy, but why does it ring like a bell when struck?

Previous expeditions to the Moon have brought back considerable amount of information, but our planet’s natural satellite still remains mostly a mistery for researchers.

The first man ever invested by NASA to head the Commission of Lunar Exploration, Dr. Jastrow, referred to the Moon as “the Rosetta stone of the planets.”

Many UFOlogists are convinced that the Moon, who everybody believes to be a natural satellite, was in fact built by a more advanced civilization as a study base where they could document the behavior of our species. 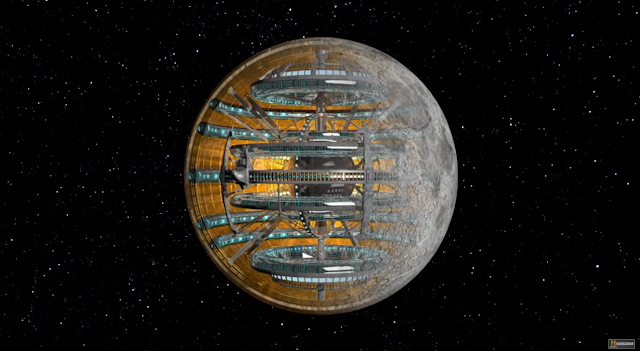 Others believe the aliens aren’t that interested in our society as they don’t understand intra-racial violence, so the Moon serves as a simple watchtower that would let them know if mankind would ever try to leave Earth and travel through space.

Moderate theorists say its body is covered by a rocky layer, which could measure more than 3 miles from the surface, sitting on top of a shell, made out of extremely durable chemical components, that could even withstand a large scale impact like with an asteroid or a comet without sustaining much damage.

A NASA researcher named Robin Brett once stated that:

“It seems easier to explain the non existence of the Moon than its existence.”

Here are some strange facts that make us believe the Moon was actually built from scratch.

In 1969, the United States built a module for the sole purpose of crashing it into the Moon in order to study the after effects. The estimated power it packed upon impact was said to be that of one thousand Kilograms of TNT.

After the controlled crash, experts observed the waves generated by the shock and were amazed. The Moon made a sound resembling that of a gigantic bell, and the echo went on for more than half an hour.

Ken Johnson, the man supervising photo and information stated that the Moon also vibrated or “wobbled” in a symmetric manner, “ almost as though it had gigantic hydraulic damper struts inside it”.

Alexander Shcherbakov and Mikhail Vasin published an article sometime in the 70s, named “Is the Moon the creation of Alien Intelligence?”

In the article, they ask some very legitimate questions and expose known facts that defy any logical explanation.

The surface of the Moon, the only part that could be studied, contains minerals and is mostly made up of uncommonly hard matter.

Samples retrieved from the Moon have also been found to hold forged metal material, which couldn’t have formed there or arrive by itself.

Scientists found parts of highly processed Uranium that science has never been able to achieve via natural processes.

They have also found traces of radioactive metals normally used to produce Plutonium on a large scale. This is all clear evidence that the Moon is not as inactive as we’re being led to believe. 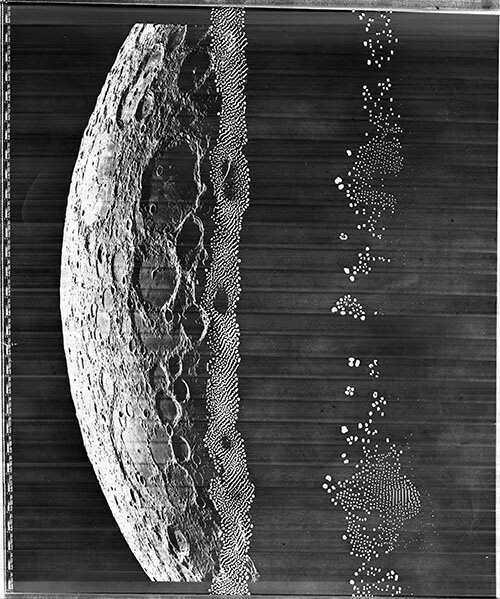 It is common knowledge that our moon doesn’t have a hard nucleus as other planets or natural satellites do and the mass is concentrated in a number of points, most of which are located at a very low depth.

Another well known fact is that the Moon is older than 4 and a half billion years, which makes it older than our planet by almost a million years. It is different from any other satellite known across the universe.

Unlike any other natural satellite, the moon describes a perfect round orbit around the planet it’s circling. No matter which point you look from, one side of the moon will always be invisible.

Titanium, a very rare and expensive metal on Earth, used for the development of advanced technology (space shuttles or submarines), is found in large and concentrated quantities inside rocks on the moon. Harold Urey, a Nobel prize winning chemist, is still very confused by this fact.

Strange facts as the ones you’ve just read keep piling up every day, while modern science keeps failing to explain them.

Not only is the amount of information about the moon very scarce, but the percentage of people with access to it is being kept under control.

By Nostra / Cover image: History Channel’s Ancient Aliens
Energy Shift in Progress: Jupiter Has Gone Into Libra for the First Time in 12 Years Previous post
The Purpose of Synchronicity and Causality Next post