WW3 Warning: The Biggest Military Buildup In An Area Since World War 2

The Pivot to Asia, which is really the US militarization of the Pacific in preparation for a war with China and Russia (which could become World War 3), is a highly disturbing trend.

Not so much attention has been paid to it, yet it is an arena which will determine the future balance of world power.

While most eyes are on Syria, Yemen, the European migrant crisis and other trouble in the Middle East, the US is continuing a massive and unprecedented buildup all throughout the Pacific – the biggest military buildup in an area since World War 2.

Tension between the US and China has been steadily increasing, with the dispute over the South China Sea becoming strained, and China deliberately thumbing its diplomatic nose at Obama recently by refusing to roll out the red carpet for him at the G20 meeting.

Meanwhile, China and Russia have begun conducting naval war games in the South China Sea. Is the pivot to Asia about to erupt into something more serious than just words, snubs and posturing?

Pivot to Asia: US Turning Its Attention to the Domination of the Pacific

The pivot to Asia is really about the US trying to control an entire region which is 8,000 miles across, comprises 55 countries and 60% of global population, and contains a large amount of the Earth’s natural resources.

In 2011, Obama initiated the program to move 60% of US Air Force and Navy resources from the Middle East to the Pacific.

The US propaganda claim is that the pivot to Asia plan is to re-balance power in the region, but the truth is that there is no “balance”.

As Koohan Paik, staff writer for the International Forum on Globalization, outlines in her article Islanders Unite to Resist a New Pacific War:

“[The US] already maintains over 400 military installations and 155,000 troops in that part of the world.
“Meanwhile China, even with its newest artificial island-bases in the South China Sea, will have a grand total fewer than ten… The U.S. is rapidly advancing U.S. military deployments… as well as corporate trade intrusions, and massive resource raiding.
“And, an ever-more dangerous battle is emerging among the U.S., China and other great powers over trade, ocean and island resources, and economic and military domination of the 8,000 mile region.” 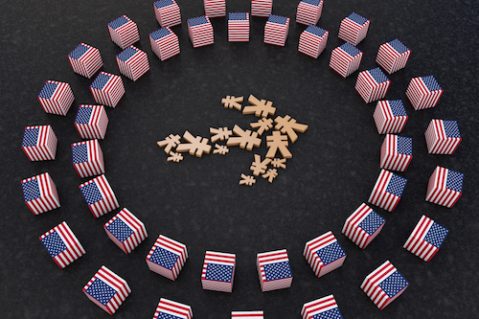 The USA: trying to encircle China, militarily and economically.

I have written before about how the US has been embarking on a grand plan to encircle Russia in line with the Wolfowitz doctrine and the ideas of Obama handler and Trilateralist Brzezinski.

Along these lines, since 2015 the US has been aggressively forging a series of bilateral agreements and conducting military interoperability exercises with various Pacific nations such as South Korea, Australia and Japan.

The US still has the Philippines as an old Asian ally, but things appear to be changing with new Philippine leader Rodrigo Duterte, who had some harsh words for Obama (calling the warmongering US president a “son of a bitch”) and who recently claimed that US troops “have to go”.

War these days is fought informationally and economically, so it is certainly no coincidence that the pivot to Asia involves free trade deals.

Along with the military buildup, the US has been simultaneously pushing the unpopular and secretive TPP (which purposely excludes China and purposely includes the very same nations with whom the US has been making new military alliances) as a tool of control in the Asian region. 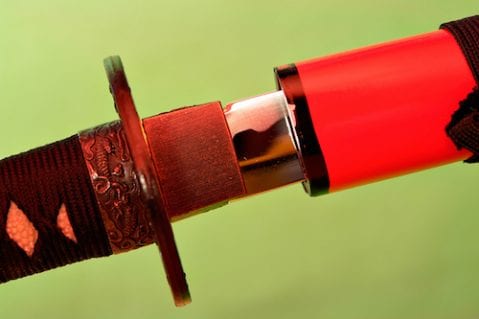 One of the most disturbing aspects of Pivot to Asia militarization has been the re-militarization of Japan under PM Shinzo Abe (promoted by the US).

Since the horrific nuclear bombings of Hiroshima and Nagasaki, the Japanese people have being proudly pacifist for 65+ years. Sadly, that pacifist policy is disappearing.

To quote again from Koohan:

“Prime Minister Shinzo Abe had managed to push through highly unpopular legislation to disempower Japan’s “peace constitution,” implemented in 1947 by General Douglas MacArthur. Abe achieved this despite 100,000 protestors shouting “NO WAR” for weeks in front of the Japanese Diet.
The following day, Abe’s public approval rating plummeted to 38.9 percent. Now, Japan’s military is permitted to act offensively, no longer only in self-defense mode.
It can also surveil other countries for the first time in modern history, and establish a global arms industry (imagine, Honda-quality drones and tanks).
According to a Pentagon official, this will give Japan “greater global presence.” According to The Nation’s Tim Shorrock, it will turn Japan into America’s proxy army in Asia.”

The Japanese were a powerful fighting force in World War 2, so much so that they become a key ally of the Nazis. They are still a leading nation in terms of technological and industrial innovation.

It would not bode well for the world for that technological and industrial potential to be turned once again to building weapons, yet this is precisely what the US is encouraging Japan to do.

Specifically, in 2015, the US and Japan has the dubious distinction of securing 3 “milestones” as part of the US pivot to Asia:

“The milestones, which work together symbiotically, are: 1) Disabling Japan’s pacifist Constitution; 2) Beefing up of the U.S.-Japan Security Treaty; and 3) Reaching a TPP agreement which would work hand-in-glove with military force to pair economic dominance with military hegemony.”

The revised treaty that Koohan mentions encourages Japanese aggression toward its neighbors, and permits 4 islands in the Ryukyu archipelago to be transformed into state-of-the-art military bases, with missiles pointed towards China.

This is part of the broader US strategy of military base outsourcing, i.e. letting its client states like Japan and South Korea bear the costs of building the bases:

“For example, the construction of the Jeju naval base is South Korean in name, but it fulfills the Pentagon’s directive to contain China. It will also port U.S. aircraft carriers, attack submarines and Aegis-missile carrying destroyers.
“Because the base is “officially” South Korean, costs are externalized — of construction, of environmental responsibility, and of policing eight years of still ongoing protests.”

The Pivot to Asia is being majorly under-reported in the MSM (Mainstream Media). How many grasp the significance of this unprecedented US military buildup, the biggest since the end of WW2?

How many people realize the overall agenda for world domination being played out by the New World Order through its proxy US military?

The absence of war is not necessarily peace. You may have heard the old motto peace through strength (used a lot by former US President Ronald Reagan). Or, perhaps you have heard the Metallica lyrics to secure peace is to prepare for war.

Maybe you have heard JFK talking about how he disliked Pax Americana, which meant a world of overt stability and “peace”, held together by the threat of US force.

Or, maybe you have read about how the Romans let their republic collapse into a dictatorship (Empire) which boasted how it was bringing forth a golden era of peace. None of these mottos, concepts or situations equate to true peace.

The stability which comes through the gross centralization of power (whether in the hands of a superpower nation or a human tyrant ruler) will always by ultimately unsatisfactory, because while it may remove infighting, it severely reduces freedom.

Humanity needs to find a way to have peace and freedom. We need to find genuine win-win situations so that neither side feels the urge to prepare for war or to even the score.

The US pivot to Asia and the militarization of the Pacific is all about preparation for war.

Hopefully, by seeing it for what it is, people can draw attention to the potential US-China War or coming World War 3, and do enough avert it.