In the following video, billionaire pedophile Jeffrey Epstein, his relationship with Bill Clinton, Alan Dershowitz, Prince Andrew and other famous names and their connection to a high-level sex scandal is exposed by Conchita and Cristina Sarnoff.

The video (below) also looks at slavery and human sex trafficking in the modern world — and more.

Lawyers for convicted sex offender Jeffrey Epstein touted his close relationship with Bill Clinton and also claimed in a 2007 letter to the Florida State Attorney’s office, that he helped start the Clinton’s family foundation. (Source)

Jeffrey Epstein, the “billionaire pedophile” who was accused of keeping under aged girls as sex slaves on his private island, was long known to be friendly with former President Bill Clinton.

The extent of that relationship, however, has never been made clear. But new records indicate the former leader of the free world was much cozier with Epstein than originally known.


All aboard the ‘Lolita Express’: Flight logs reveal the many trips Bill Clinton and Alan Dershowitz took on pedophile Jeffrey Epstein’s private jet with anonymous women

Both the Duke of York and Dershowitz have fiercely denied their involvement in the ring.

Records obtained by Fox News show that Clinton “was a much more frequent flyer on a registered sex offender’s infamous jet than previously reported, with flight logs showing the former president taking at least 26 trips aboard the ‘Lolita Express’ – even apparently ditching his Secret Service detail for at least five of the flights.”


Original reports had Clinton on Epstein’s personal 727 only 11 times, however the flight logs obtained by Fox have him flying more than twice that amount.

“Bill Clinton… associated with a man like Jeffrey Epstein, who everyone in New York, certainly within his inner circles, knew was a pedophile,” said Conchita Sarnoff, of the Washington, D.C. based non-profit Alliance to Rescue Victims of Trafficking, and author of a book on the Epstein case called “TrafficKing.” “Why would a former president associate with a man like that?” (…)

Official flight logs filed with the Federal Aviation Administration show Clinton traveled on some of the trips with as many as 10 U.S. Secret Service agents.

However, on a five-leg Asia trip between May 22 and May 25, 2002, not a single Secret Service agent is listed.

The U.S. Secret Service has declined to answer multiple Freedom of Information Act requests filed by FoxNews.com seeking information on these trips.

Clinton would have been required to file a form to dismiss the agent detail, a former Secret Service agent told FoxNews.com.

Virginia Roberts pictured with Prince Andrew, the Duke of York: 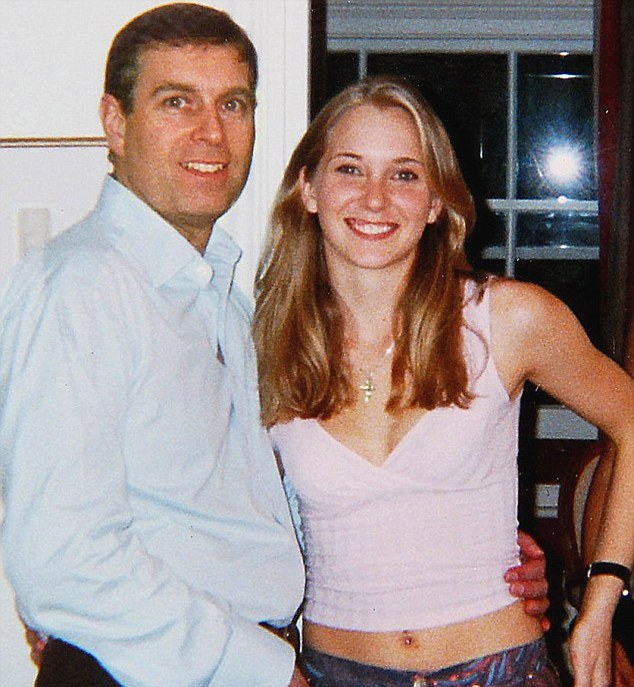 Claims: Virginia Roberts says she was recruited to work as a sex slave for Epstein when she was just 15, and has named Dershowitz and Prince Andrew as two of the men she was forced to have sex with.