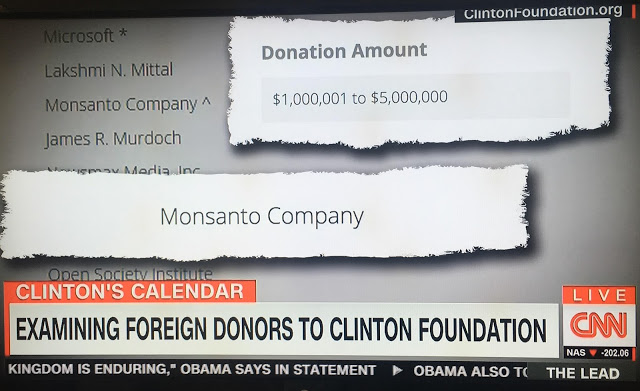 Julian Assange’s sacrificial effort to expose the vast corruption behind the Clinton Machine through his “WikiLeaks” releases, has done so much over the past year to change the course of both the nation and the world for the better – most notably with the recent election of outsider Donald J. Trump as America’s next president-elect.

But what else do these WikiLeaks releases reveal that hasn’t been covered by the media, particularly with regards to food policy?

A simple search for the word “Monsanto” in The Podesta Emails batch of leaked email documents shows that the biotechnology giant is a close friend of Hillary Clinton and her family’s Clinton Foundation – big surprise, right?

Dozens of emails and email chains speak about the world’s most evil corporation, several discussing its many contributions to what has now been exposed as a massive money-laundering “charity” scam that the Clintons used to line their own pockets. 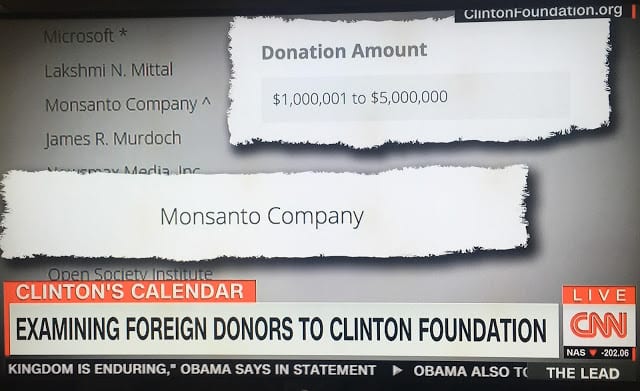 Along with Goldman Sachs, Pfizer, Procter & Gamble and a multitude of other ill-regarded multinationals, Monsanto is exposed as being a longtime contributor to the Clinton Foundation, likely “scratching the back” of the organization with pay-to-play “donations” in exchange for political favors.

This is, of course, what the Clinton Foundation is all about, we now know, which is why the Clinton campaign worked so hard during the final days of the election to keep all eyes distracted from WikiLeaks.

But these tactics ultimately failed, and what the public now has access to via WikiLeaks is incredibly telling as to the nature of Clinton’s relationship with Monsanto.

While secretary of state, for instance, Hillary Clinton used her position to “target” nation states that hadn’t yet accepted Monsanto’s agenda.

Countries that didn’t cooperate with the plan to adopt transgenic crop technology, it was revealed, were punished with economic and other forms of “retaliation.”

After word of all this broke headlines, Hillary Clinton earned herself the name “Bride of Frankenfood” for her now-exposed ties to the biotechnology industry, a position that way-back-when cost her in terms of public support.

But what we now know from WikiLeaks is that Clinton’s handlers worked overtime to rebrand her as an opponent of genetically-modified organisms (GMOs), a position that her primary opponent Bernie Sanders genuinely held, and that helped him tremendously in gaining grassroots support.

Back in March, a peculiar email sent from Gary Hirschberg, chairman of the “Just Label It” GMO labeling campaign to John Podesta, campaign chairman of the Clinton campaign, exposes plans by insiders to rebrand Hillary as some type of hero for food freedom.

Dated March 16, 2016, the email sent by Hirschberg, who also serves as chairman of the organic brand Stonyfield Farm, urges Podesta to have Hillary “weigh in” on the GMO issue “if we hope to tap the Bernie progressives’ enthusiasm after he concedes.”

Clinton’s attempt to ride on the coattails of Bernie’s legacy ultimately failed, but it wasn’t the only time that such a strategy was attempted.

According to another email, the campaign also tried to brainstorm ways to rebrand Clinton as a dynamic candidate who demonstrated genuine human emotions, as opposed to the “overly programmed” liberal demagogue perception that dominated her previous run for the presidency.

All in all, 46 emails in The Podesta Emails archive make mention of Monsanto, and many others discuss biotechnology and other elements of the industrial agriculture system to which Hillary Clinton is bound in allegiance due to her strong financial connections with this industry.

Now that she’s out of the running for president, though, the American people will hopefully no longer have to endure anymore of her lies.