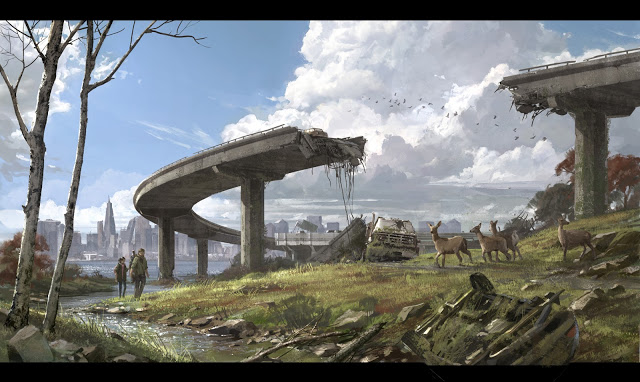 Positively Thriving Through the Collapse of Civilisation

Have you ever watched something happening in slow motion?

You can quite clearly see the end result, but nevertheless, you can’t quite believe in your mind what your eyes are seeing.

Like when the twin towers ‘collapsed’. The demolition was happening there right in front of you, but you had to pinch yourself to make sure you weren’t just dreaming.

I feel exactly that way about modern society right now. The collapse is already happening, but in slow motion, so you can’t quite believe the entirety of it. 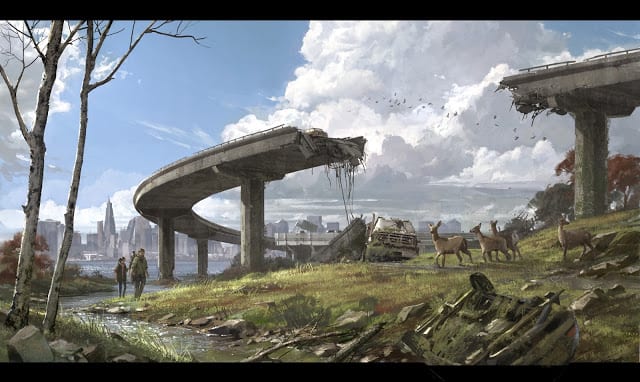 What will it look like as the ‘buildings’ topple? More importantly, how can we not only survive the shift, but positively thrive in it?

Have you seen the film “Collapse” yet? It’s a grounded, real and at times very emotive interview with the late whistle-blower Michael C Rupert. I believe everybody on the planet should watch it (I’ve included it below).

You hear the calling of a soul, put here for a purpose. Never so clearly have I witnessed a man express so eloquently, the destiny that drew him here.

He sums up so marvelously the reason why society is going to collapse. Let me correct myself: why it is already collapsing, just that it’s in slow motion, and not everyone has yet pinched themselves out of the dream that prevents them seeing the reality of it.

Society is built on the foundation of ‘infinite growth’, the need to continuously expand in order to service a surging ocean of debt.

It depends on the ever burgeoning exploitation of natural resources. Which is why governments and corporations are more concerned with the last pockets of oil under the pole, rather than the ice on top of it.

It’s why they’re stripping the tar from the sand, and fracking the earth into oblivion. Therein lies the problem. That’s why society is already in a state of slow motion free fall.

Because we live on a planet of finite resources, and the two ends no longer meet. We’ve built foundations on sand and now the tide is fast flowing in.

Nevertheless, I am an optimist. Where others might slip into fear, I see the light shining through the shadows. There’s a way to survive what is to come. No, there’s a way to positively thrive in it!

You first have to accept what you see. That’s a challenge in itself. Watch the film, especially towards the end, because it’s fascinating.

The interviewer suggests all manner of information can be presented to support the view you want to put across (like the ‘debate’ on global warming for example). And he’s right.

But that’s not what Michael is about and neither am I.

For me, and for others I work with, the debate is not necessary — such intellectual pontification is a pointless waste of time. We’ve already seen the towers collapsing. I can feel the energies of higher benevolence instigating the collapse mechanism.

The earth needs to be saved from the wanton, consumeristic destruction. The debate — if ever there was one — is over. And until you can see through the veil, there’s nowhere to begin.

So my first suggestion — assuming you feel any resonance with me — is to work to see past the veil into what is surely now taking place: collapse of the civilisation we currently depend upon.

When this lands for you, you’ll realise like the Hopi Elders, that the only way to prosper through this collapse, is by spiritual means. This will be a ‘war’ of the spiritual through the material. Not fighting.

Rather breaking through the sense of physical disempowerment into the liberation of the spirit.

The expression of the boundless, unlimited you, and watching this miraculous nature shine out into the world. Trusting that your every step will be supported. Not in the way your ego might want.

It won’t deliver the physical outcome you desire. It’ll deliver much more than that: as the old skin peels off, a metamorphosis into an interconnected, interdimensional way of being — The rise of the Divine Human.

But yes, at this time we are physical beings too. And we’ll need a platform from which to unveil our divine being at the heart of every man, woman and child.

Just as the dragonfly stands on the leaf, peels off the old skin and unfolds its wings in the sunlight before taking flight, so we’ll need a stable background to help people learn to fly.

What does that mean exactly?

It means we have to bring as swift an end to the system as possible. It’s gobbling up precious resources and energy, ridiculously wasting them on idle rubbish, mindless entertainment and hopeless addiction.

We have to ween ourselves off this crutch through non-compliance with the corporations that would try to bolster it – those that would like to keep mankind dwelling in the murky depths of the pond, rather than flying liberated above it.

Discovering how less is more

We have to spend our time and money wisely now: to invest in ourselves and our future (especially since paper money will lose its value); to gather together the resources and communities that can help one another out as society steadily pulls itself apart.

Even if you continue to work in the matrix, you can still prepare.

And don’t worry, you have time, if you begin now. Society will not collapse in one fell swoop. It will be a steady degradation. It’s happening now. It’s just that most haven’t clicked yet as to what’s going on.

So you’ve got time to gather together, share ideas, support and suggestions about what might work best. You can start growing your own food and collect a reserve of essentials to tide you through difficult times.

That’s the inspirational idea behind Transition Towns, which have been springing up and thriving all around the world for several years now.

It’s about supporting local skills, already developing the web of a local support and resource mechanism.

Even if it’s just a micro community of a few neighbours and friends, it will make all the difference as the globalised structure fractures.

In the film below, Michael shares a poignant and prophetic example of the fate of two countries – North Korea and Cuba – that both suffered through the collapse of the iron curtain: affected because they were both dependent on Soviet oil, just as the civilised world is right now.

The North Korean approach was to centralise resource, for government to control everything, like the collectivised food supply and nationalised energy. Communism?

It sounds suspiciously like the leading western ‘democracies’ to me. And what was the result? Starvation on a massive scale.

Cuba on the other hand encouraged people to come together in local communities, to grow their own food in their own back gardens, thus consuming a fraction of the energy.

They no longer have the paraphernalia of modern society – a blessing – and the people positively thrived by needing less, discovering that less is more.

Some will say we can use unlimited supplies of ‘free energy’. Whilst we may benefit from new technologies that could come through, what we have to realise is how hopelessly dependent the current system is on oil.

How will all those fossil fuel engines be replaced? Where will the resources come from to build the new machines, gadgets and widgets?

Whatever technology we discover to tide us through, it is my strong assertion that we need to get used to consuming less, using wisely the resources we currently have:

“Even if you new the world was to end tomorrow, would you plant that apple tree today? Would you live wisely, with compassion and a soft footprint on the earth? It is these souls that will ascend through the collapse of the old world. This is the new consciousness which will thrive as the old is peeled away.”

The universe is a flowing ocean of energy. Humanity — spurred by an Interdimensional Intervention — has built a dam and tried to contain it in some eddy current.

And we’ve turned a blind eye as the realigning energy of higher dimensional forces and devic consciousness now comes in to break apart the false reality fabric over time.

This shift and cleansing process that is beginning will be unlike any other to have taken place on earth. Why? Because Gaia has released her karma.

She needed the control mechanism too, in order to experience being fully accepting and forgiving of those that would disrespect her. But she’s processed that constriction now and needs it no longer.

Thus the ‘matrix’ no longer has a foundation. It will be peeled off over time. There will be no place for the old human consciousness, which will be shed with the skin too.

Instead, will incarnate the new human consciousness — Divinicus Cometh — to thrive through this cleansing process which has now begun.

“The renewed human spirit is meant to ride this realigning wave, rather than try to manipulate it. Because anything that tries to control something else, ultimately ends up controlling only itself.

“So we need to learn to ride the wave of the soul once more. To listen to it and above all, feel it coursing through our veins, respond to its direction. We need to master the inner alchemy of change.

“There’s two streams of consciousness within you. Which do you identify with: the sense of separation, the fear and contraction? or do you penetrate that, soften through it and flow with your eternal spirit?”

Right now too many are still caught ‘rabbit like’ in the car headlamps as the slow motion tsunami approaches them.

Hoping, pretending, that they’re just in a dream and when they wake up, all will be okay, the car won’t really be careering towards them. But by then, it’s too late.

I urge you then to watch the film, pinch yourself awake, but then let the soul inspire you to make new choices in this new multidimensional landscape.

And if you can’t yet clearly hear the soul and follow its guidance through every choice, then I would suggest that’s the best place to begin.

Here’s the documentary and afterwards, if you’d like help with the soul guidance part, feel free to get in touch.

From my heart to yours — Open, on behalf of Openhand.
Rise of the Divine Human Previous post
Illuminati Banker Unveiled Method of Control Next post