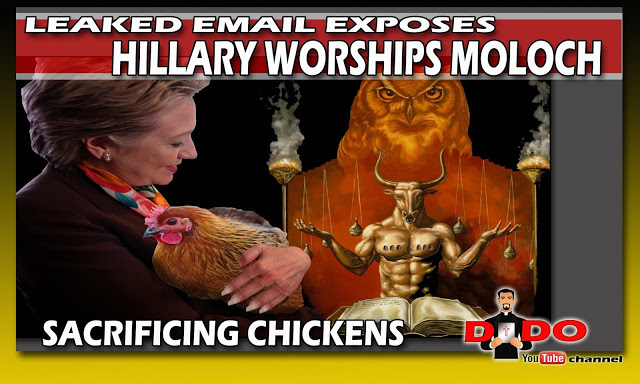 The Clinton-Podesta email scandal is truly an astonishing and revealing exposé.

Now, however, there is proof in black and white in the form of the leaked emails of John Podesta, former lobbyist and Clinton campaign manager. Thanks to WikiLeaks, we now have the verified, authentic emails of Podesta.

They are replete with references to pedophilia and Satanism – although the pedophilia is couched in code language. The code is still being worked on by various independent researchers around the web. 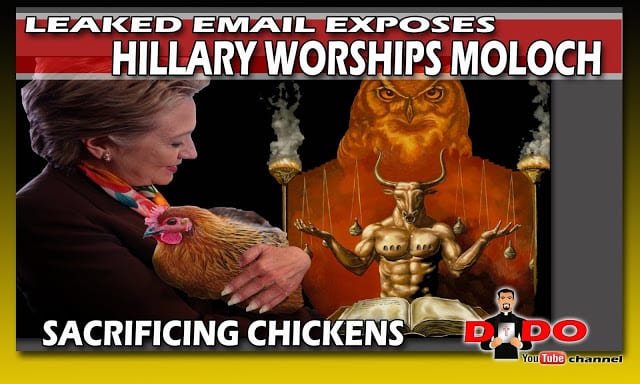 Despite the fact we don’t know the exact meaning, it is still very clear that it is some kind of code, since some of the sentences and context are completely unnatural and deliberately cryptic.

Hopefully, even though Hillary Clinton will no longer be the next US president, enough people will take the time to inform themselves about this crucial connection – the link between our “elite” criminal leaders and their adherence to Satanism (devil worship, black magic, etc.) which propels them into dark activities such as pedophilia.

Satanic References in Clinton-Podesta Email Chains: Sacrificing a Chicken in the Backyard to Moloch 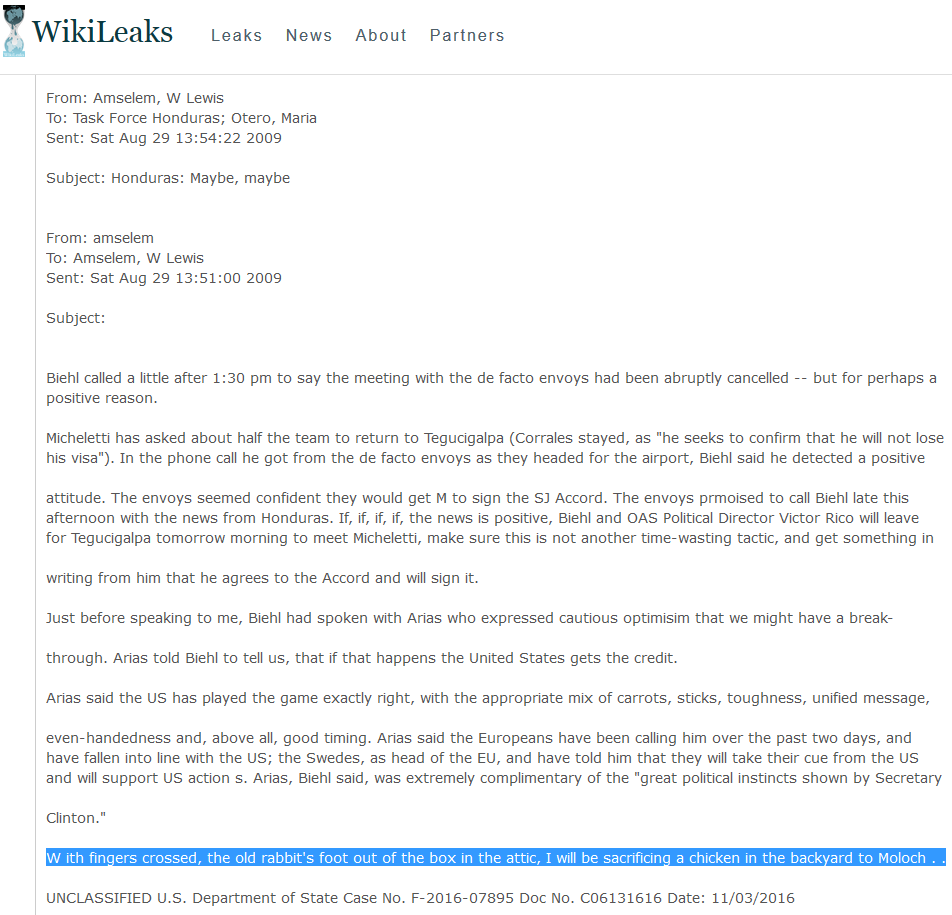 It’s tempting to write this all of as wild conspiracy and rationalize it away, but you can’t when the proof is right in front of your face. Check out this email, number 30489, from the WikiLeaks archive (image above):

“W ith fingers crossed, the old rabbit’s foot out of the box in the attic, I will be sacrificing a chicken in the backyard to Moloch . .”

Sacrificing a chicken to Moloch. This may be taken literally, though I personally suspect it’s a pedophilia code where chicken means child, in which case it may be referring to child sacrifice. 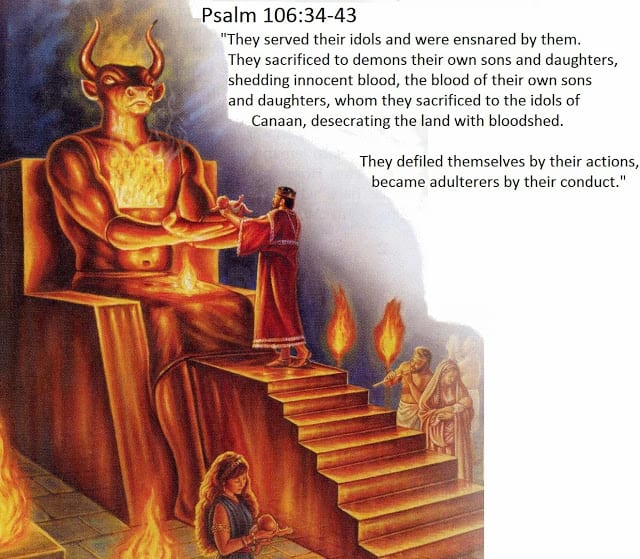 Either way, the line is an apparent reference to Moloch, a favorite god of Satanism and a Canaanite god associated with child sacrifice. Moloch is the deity worshiped at Bohemian Grove as a giant 40 foot owl.

Thanks to the footage obtained by Alex Jones when he broke into Bohemian Grove in the year 2000, we know that the NWO conspirators who gather there partake in a dark ceremony known as the “Cremation of Care” which features human sacrifice.

That particular video appears to show mock sacrifice, but there are people who have personally gone through the horror of being hunted at Bohemian Grove (such as Kathy Collins) and lived to tell the story.

Even if you don’t believe that, the very fact that people are gathered around in secret worshiping dark forces and deliberately trying to destroy the compassion, empathy and love inside of themselves (“cremate care”) is a very disturbing reality – especially when you consider these are the people running our world.

Here are even more Satanic references (save the following image to your computer and read it zoomed in): 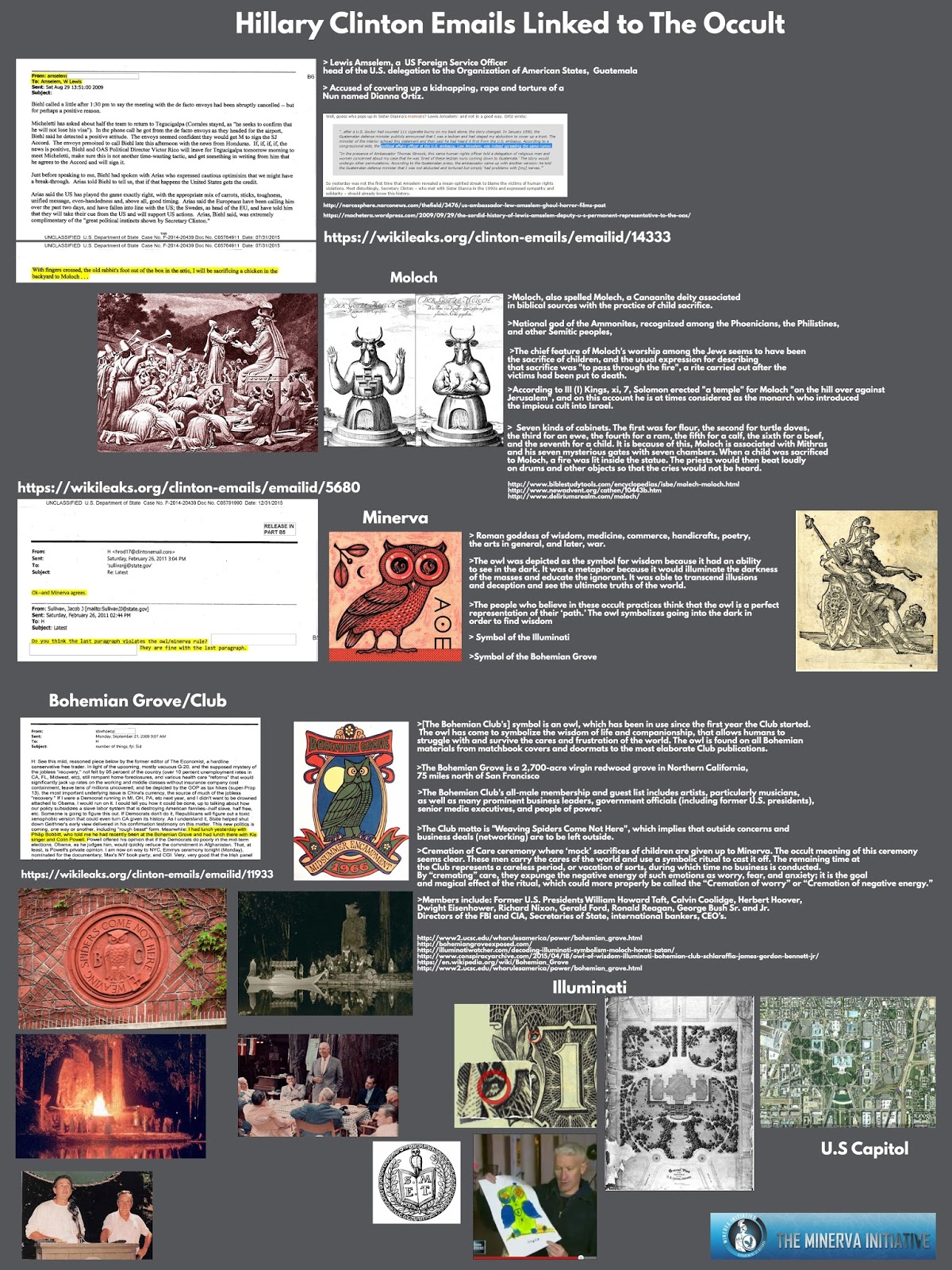 Sites such as WeAreChange have already done a great job exposing Marina Abramovic and her invitation to the Podesta brothers (both John and Tony) for spirit cooking dinners at her house, where the participants would engage in weird Satanic rituals involving body fluids such as blood, semen and breast milk, and using animal (?) blood. — Read more on the subject here.

In a different email chain (below), Hillary Clinton asks her assistant Huma Abedin if Marina will be going with Huma. 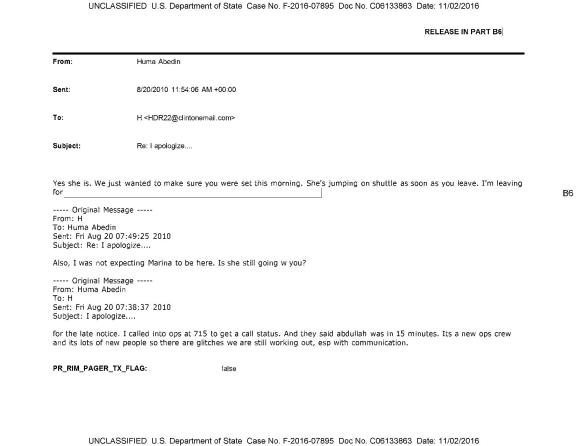 “Abramovic is known for her often-gory art that confronts pain and ritual. Her first performance involved repeatedly, stabbing herself in her hands. The next performance featured her throwing her nails, toenails, and hair into a flaming five-point star …”

These are some of the words Marina painted in blood on her wall during her supposed spirit cooking:

Meanwhile, numbers 43113, 35581 and 32795 (among many many others) all contain strange and unnatural references to food items such as pizza, pasta, cheese, walnut sauce, ice cream and more. Who speaks like this?

“Hi John, The realtor found a handkerchief (I think it has a map that seems pizza-related. Is it yorus? They can send it if you want. I know you’re busy, so feel free not to respond if it’s not yours or you don’t want it.” 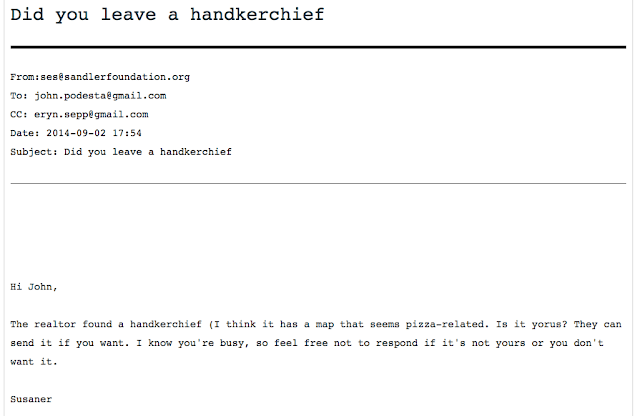 A handkerchief that seems pizza-related? Yeah right. Pedophilia code more like it.

Some have suggested the code is something like this:

Email 49435 invites Clinton campaign members to a rural getaway – where three children aged 6 (almost 7), 9 and 11 would be supplied for entertainment:

“We plan to heat the pool, so a swim is a possibility. Bonnie will be Uber Service to transport Ruby, Emerson, and Maeve Luzzatto (11, 9, and almost 7) so you’ll have some further entertainment, and they will be in that pool for sure.”

In pre-election campaign talk (which is cheap), Trump suggested the possibility of hiring a special prosecutor to go after Hillary and her crimes.

Will he follow through on that? Sorry to bust the Trump euphoria, but no, unfortunately, the chances are pretty low.

Trump himself may be involved in the same kind of pedophile rings as the Clintons and Epstein (although probably minus the Satanism).

However, the general public can now see for themselves that the evidence is already overwhelming that the NWO manipulators are heavily involved in pedophilia and Satanism.

Now, the evidence is moving anecdotal stories and lawsuits into black-and-white written proof: at least some of the world’s leaders are Satanist pedophiles.

This article has first appeared on HumansAreFree.com. Publishers can republish it only if they keep all in-article links intact, include a working link to this article (not the homepage) and offer proper credit to the author (bio included).

About the author: Makia Freeman is the editor of alternative news / independent media site The Freedom Articles and senior researcher at ToolsForFreedom.com (FaceBook here), writing on many aspects of truth and freedom, from exposing aspects of the worldwide conspiracy to suggesting solutions for how humanity can create a new system of peace and abundance.