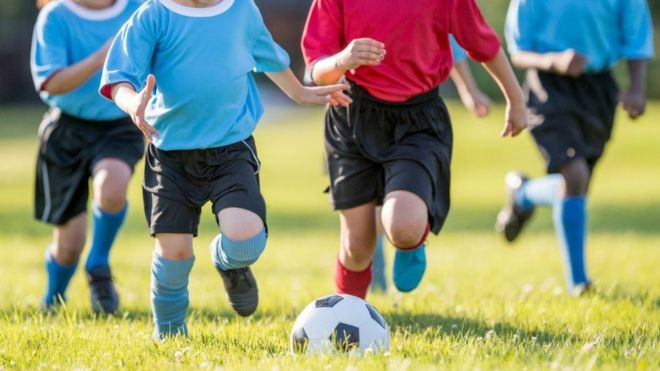 A few days ago, the BBC reported that there were over 860 calls in the first week to a newly set up phone hotline that will deal specifically with sexual abuse claims for UK football players.

According to the BBC, there are now 17 different police forces investigating past, recent and current abuse claims.

The surging numbers of abuse claims come on the heels of former Newcastle United footballer David Eatock coming out five days ago and publicly claiming that a former coach, George Ormond, sexually abused David between 50-100 times as David was growing up.

David Eatock began speaking out after he saw another former footballer, Andy Woodward, come forward in an interview with The Guardian, which happened about about two weeks ago. 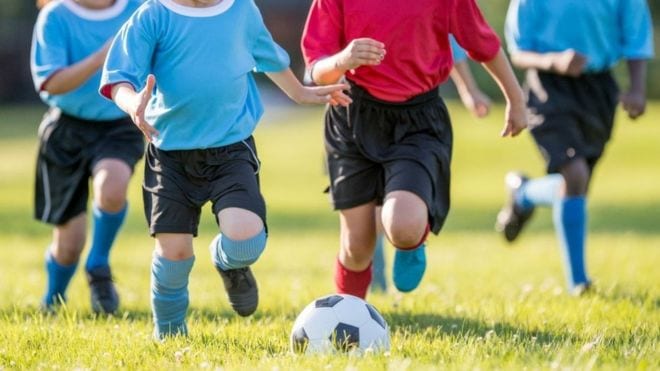 The police are encouraging others to come forward in hopes of snowballing the awareness around this sort of abuse that is often hidden and rarely talked about.

Clearly, with over 860 calls in the first week of a new hotline being setup, people are speaking out more and more.

If recent events hint towards what is happening on a global scale, we have only seen the beginning of what is to become known in regards to pedophilia and child/human trafficking.

On Sunday December 4th, The Independent reported that Scotland Yard has been given more money to investigate an “important new lead” in the case of the then 3 year old missing girl named Madeleine McCann.

Interestingly, the McCann family found out just this past June that former UK journalist Clement Freud, grandson of famous psychoanalyst Sigmund Freud, had a villa less than a mile away from where Madeleine went missing back in 2007.

To add to it, Clement Freud was a known pedophile (formally exposed as one after he died). 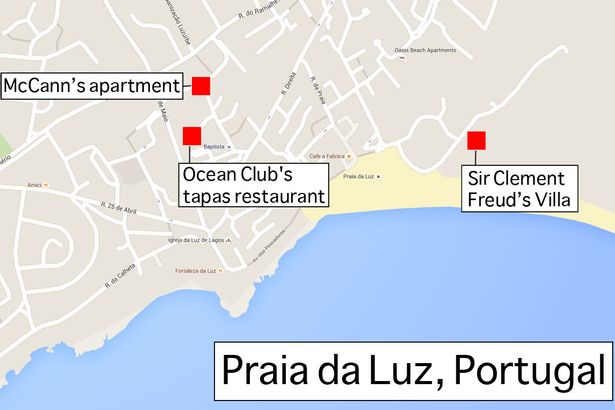 Interestingly, it is now known thanks to the Wikileaks email dump, that the Podesta’s often visited Portugal and visited a friend named “Clem.” Could it be Clement Freud?

Though, just since they visited the same country that Madeleine went missing in doesn’t mean much. However, when the suspects’ images look nearly identical to John and Tony Podesta, one begins to question the official narrative. 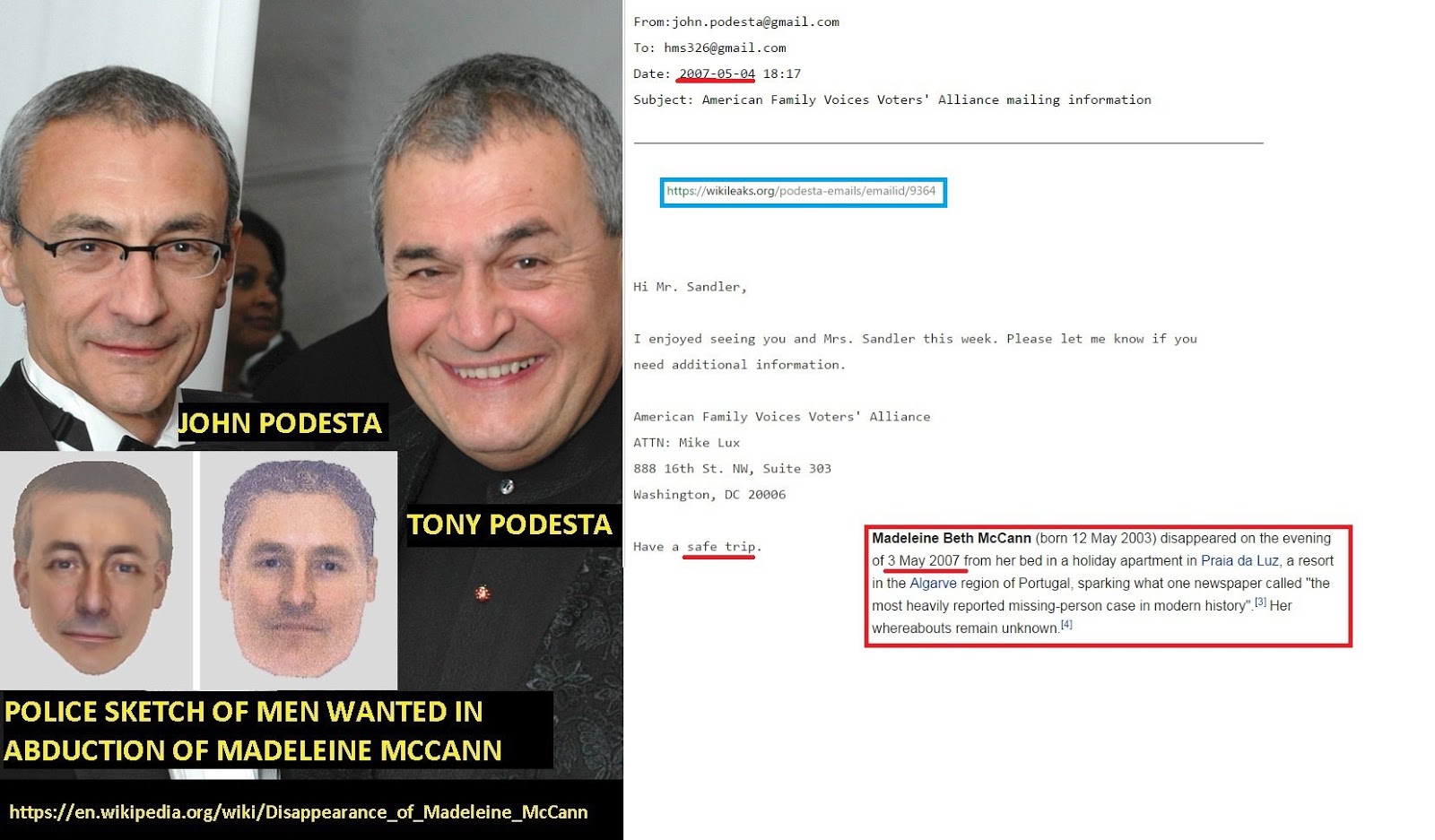 And here is The Guardian’s official release of the suspect’s images: 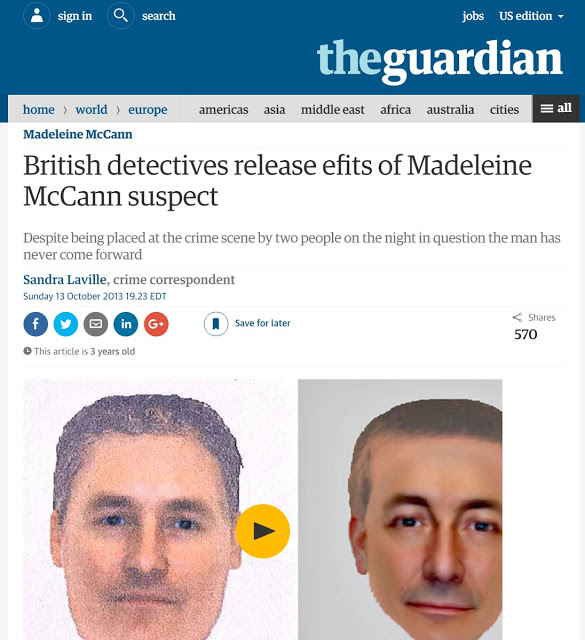 Something Big Is Happening

It is interesting to note that right now we are seeing a tremendous surge in activity regarding what has become known as Pizza.

This refers to claims being made that the Podestas are involved in a massive, elite pedophilia syndicate, which has also implicated Comet Ping Pong, located in Washington D.C. (Allegedly Comet Ping Pong is located at the bottom of an upside down pentagram that is directly in line with the location of the White House).

With all of this activity and speculation about the Podesta’s and many other elites involved in this pedophile ring and their possible connection to Madeleine McCann, it is highly significant that Scotland Yard is now re-investigating the case of Madeleine due to new “important” lead.

Could the dots be connecting? We’ll see.

While some may wish to push all of this off as some massive “conspiracy” not based in reality, remember back to the beginning of this story when over 860 people called in during 1 week to report claims of former or current sexual abuse.

This is not some wild theory. These things happen and it is time we see it for what it is.

The more people that know about these things, as sick and terrible as they are, the quicker we can rescue those being trafficked and abused and bring healing to this entire situation.

In addition to recent claims, it has been reported by The Telegraph just two days ago that police are now investigating 15 different claims that Sir Edward Heath (now dead), sexually abused multiple children while he served as the Prime Minister’s armed protection officer.

Additionally, over the years, the Vatican has paid nearly $4 billion dollars to victims of pedophilia, which stemmed from clergy members abusing children. 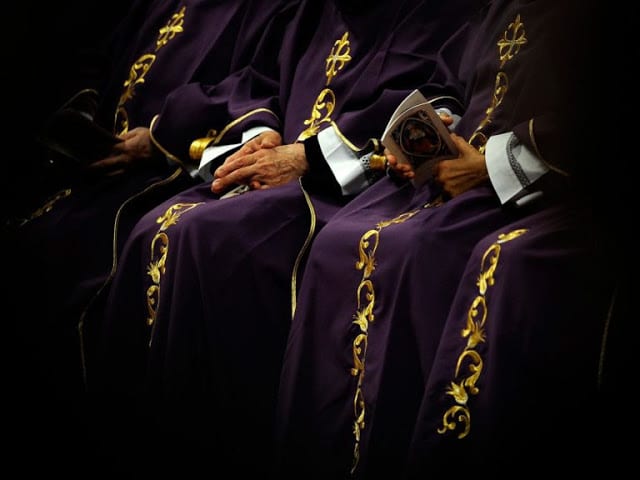 We must also remember back to when it was alleged that former BBC broadcaster Jimmy Savile was sexually abusing children, but was put off as a “conspiracy theory” only until after he died, when literally hundreds of people came forward to prove that he did sexually abuse children.

Also, it has been said that the current New York Times CEO Mark Thompson helped to cover up the Jimmy Savile scandal, as Thompson worked at the BBC as the Director-General during a period where Savile was still abusing children, and even some abuse cases happened on live television.

While there is so much more that could be written about this topic, what is important to take away from this is that there is a lot of activity regarding pedophilia coming out into the public’s awareness.

There is a snowball effect taking place. Remember what the Buddha said:

“There are three things that can’t be long hidden. The Sun, the Moon and the truth.”

For those interested in staying up to date with this evolving story, please visit www.voat.co/v/pizza

You can also look into journalist David Seaman, who is a former Huffington Post writer who has been giving frequent updates about this massive pedophile story.

You can read more about Satanism and pedophilia at the highest levels of government by following these links: