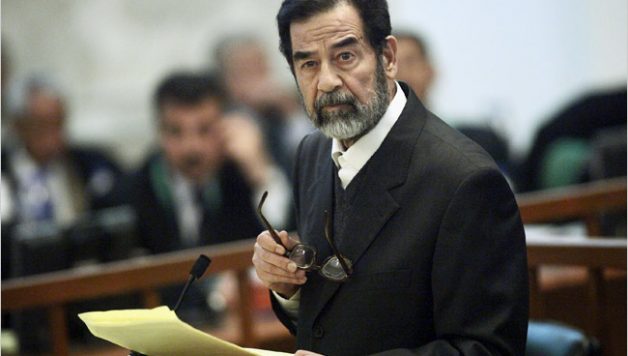 A CIA analyst who interrogated Iraqi leader Saddam Hussein has some damning words about the invasion, saying the United States “got it wrong” — and was ‘critically mistaken’ on its military action in the country.

John Nixon, the Independent reports, specifically pointed to the CIA’s view of Hussein’s feelings about the use of chemical weapons on Iraqi civilians — a narrative frequently touted by the George W. Bush administration during the nascent invasion.

Writing on his book, Debriefing The President: The Interrogation Of Saddam Hussein, for the Daily Mail, Nixon offered acrid criticism regarding Bush’s leadership, saying the former president heard “only what he wanted to hear” — including that Iraq had somehow been responsible for the attacks of September 11, 2001. 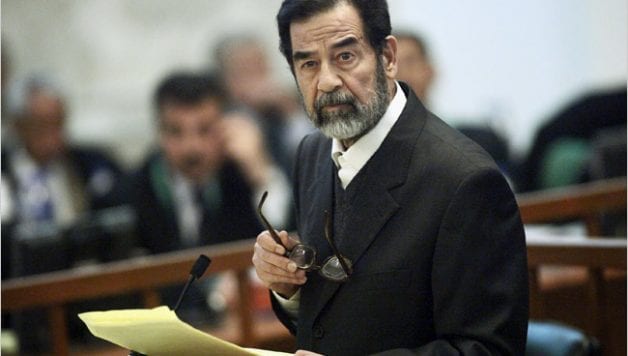 “Look at who was involved,” Nixon recalled the Iraqi leader telling the interrogators.

“What countries did they come from? S.A. And this [ringleader] Muhammad Atta, was he an Iraqi? No. He was Egyptian. Why do you think I was involved in the attacks?”

In fact, Nixon noted, “Saddam had actually believed 9/11 would bring Iraq and America closer because Washington would need his secular government to help fight fundamentalism. How woefully wrong he had been.”

On the topic of Bush’s elusive weapons of mass destruction — the ostensible impetus for invading Iraq — Hussein told Nixon and the CIA interrogators:

Asked if he had entertained the idea of using these WMDs on a preemptive basis against U.S. forces in S.A., he replied:

“We never thought about using weapons of mass destruction. It was not discussed. Use chemical weapons against the world? Is there anyone with full faculties who would do this? Who would use these weapons when they had not been used against us?”

Nixon explained the officials were taken aback by this unexpected candor — and a narrative wholly contrary to that proffered by the Bush administration and its lockstep corporate media. But as the fated leader explained, he hadn’t been blameless in the gross misunderstanding.

“The spirit of listening and understanding was not there – I don’t exclude myself from this blame,” Nixon recalled Saddam saying.

Indeed, Nixon noted Hussein had not necessarily been fully in control of his own government — and hadn’t been for some time.

Evincing this, the leader responded to queries about the use of chemical weapons against the Kurds during the Iran-Iraq war by stating, “But I did not make that decision.”

“Our perception that he ruled with an iron grip was also mistaken,” Nixon noted.

“It became clear from our interrogations that in his final years, Saddam seemed clueless about what had been happening inside Iraq. He was inattentive to what his government was doing, had no real plan for the defence of Iraq and could not comprehend the immensity of the approaching storm.”

That storm — the ill-fated and falsely-premised invasion, for which the government proffered evidenceless, fake news propaganda through pliant mainstream media — wrought cataclysmic turbulence upon Iraq to this day.

In fact, the callously glib attitude displayed by Bush and his cronies — perversely facetious jokes about missing WMDs comes swiftly to mind — will never soften or negate the sheer number of fatalities for which the failed campaign bears sole responsibility.

Well over one million Iraqi civilians — by some estimates, nearly two million — died as a result of the invasion, though the true figure might never be known.

No less than 4,000 American troops gave their lives fighting a campaign doomed to fail from the start — and Bush didn’t win any friends in shouldering the blame on the backs of U.S. intelligence officials.

Indeed, with the country in complete shambles well over a decade later — and thousands of U.S. troops still stationed there under murky pretenses — it would seem, as the CIA analyst reiterates, Saddam has been tragically vindicated in that prognostication.

The grand lie of weapons of mass destruction — and Judith Miller’s utterly false reports in the New York Times suggesting stockpiles of chemical weapons — are arguably the most deadly ‘fake news’ gaffe in U.S. media history.

But as Nixon rightly criticizes, Bush’s stalwart prejudice about Iraq and Saddam Hussein persisted long after the fact.

“I decided I would not criticise the hardworking patriots of the CIA for the faulty intelligence on Iraq,” Bush stated unironically in his 2010 memoir, as Nixon observes.

George W. Bush, in a foolishly unwarranted vendetta, cherry-picked precise points necessary in the intelligence briefings he would later characterize as faulty in order to initiate an unsavory and aggressive takeover of an otherwise sovereign nation.

Nixon emphasized it wasn’t as if Saddam Hussein were a saint, but the profound mischaracterization of the Iraqi leader had appalling consequences.

“I do not wish to imply that Saddam was innocent,” Nixon writes.

“He was a ruthless dictator who plunged his region into chaos and bloodshed. But in hindsight, the thought of having an ageing and disengaged Saddam in power seems almost comforting in comparison with the wasted effort of our brave men and women in uniform and the rise of Islamic State, not to mention the £2.5 trillion spent to build a new Iraq.”

Executors took the life of the troubled, despotic leader exactly ten years ago this December 30, but the true complexities of Saddam Hussein — the man demonized and excoriated by American officials and corporate media, alike — might yet be given a fairer light of truth.