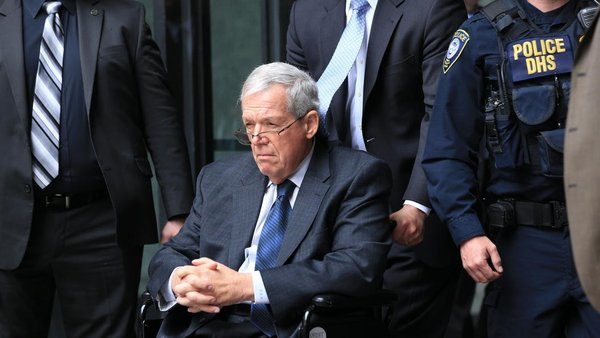 Former Republican House Speaker, Dennis Hastert, was recently sentenced to 15 months in federal prison for his efforts to cover-up his serial child molestation during his time as a high school wrestling coach in Illinois from 1965 to 1981, before making a career as a politician.

In a convenient and unfortunate turn of events, legal statutes prevented Hastert from being sentenced for his molestation crimes, because the time gap was too great for legal recourse, and the 15 months were financially related.

A case was originally built against Hastert for his ambiguous and consistent withdrawals of large sums of money from his personal bank account.

When it was brought to Hastert’s attention that federal agents were loosely inquiring into where all his money was going, the House Speaker began going through great lengths to conceal his conspicuous bank transactions, making smaller withdrawals more often, et cetera, but this only proved to add to the federal case. 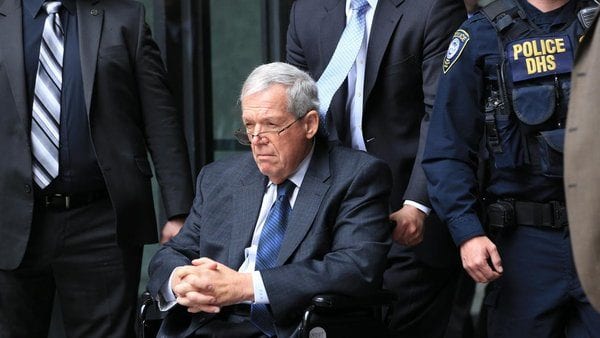 This withdrawn money was reportedly over 3 million dollars of a 5 million dollar agreed-to personal settlement between only Hastert and a former wrestler that he had once coached and egregiously sexually violated, and now was paying to keep quiet. In the court hearing, this victim was referred to as “Individual A.”

Additionally, Scott Cross took the stand and spoke about Hastert molesting him during his time as a wrestler.

The former house speaker went on record saying that he did not personally recall this accusation but did accept Cross as telling the truth.

Yet some, like Jolene Burdge, sister of former wrestling manager Steve Reinboldt, where not satisfied with his sidestep.

“Don’t be a coward, Mr. Hastert. Tell the truth,” Burdge said. “What you did was not misconduct, it was sexual abuse of a minor.”

Even still, these were not the only victims to take the stand, and while Hastert’s case was focused on his inappropriate hush-money, the hearing itself ultimately seemed to be focused on the former speaker’s serial molestation.

The judge of the hearing, Thomas Durkin, had quite a few noteworthy words that he told to Hastert, and reportedly went on a 45-minute castigation of the politician, saying outright,

Durkin even closed the case, remarking,

For a poignant and brief analysis of the Hastert scandal, here is a video report by James Corbett of the Corbett Report:


Along with Corbett, FBI whistle-blower Sibel Edmonds and long-time esteemed researchers like Wayne Madsen of the Wayne Madsen Report have laid a tremendous amount of groundwork on not only the Hastert case, but how the case ties into the ongoing child-prostitution and drug trafficking ring that spans throughout the Western political power structures from the US to the UK.

Linked cases to this child-prostitution trafficking include the Jerry Sandusky case at Penn State; the string of molestation cases related to the Catholic Church;

Larry King (not the talk show host) of the Boys town Scandal in Nebraska and his allegations of throwing sadistic child sex parties with occult rituals that reportedly saw the likes of such high-ranking politicians like George H.W. Bush and Ronald Reagan;

Bill Clinton’s COINTELPRO II program, meant to dig up sexual misconduct dirt about other politicians during the wake of his own scandal.

English media personality and long-time friend of the Royal Family, Jimmy Savile is also heavily linked to the pedophilia ring, and billionaire financier and friend of Prince Andrew, Jeffrey Epstein is as well – all of which were very large and scandalous public cases.

The Jeffrey Epstein case has even brought up rape allegations against President-elect Donald Trump, who denies the claims.

For more information on this government pedophile ring, Dave McGowan’s article, “The Pedophocracy” is recommended, as well as a research piece written on the subject by The Last American Vagabond.

Cases such as this, that have continued to surface for the past two or three decades now, are continuing to prove that some of the most prominent political offices on the planet are intrinsically tied to child sex trafficking, prostitution, and illicit drugs.

While this is understandably a hard pill to swallow for some, there is an overwhelming amount of evidence to support the claims.

In addition, there is Washington DC’s ties to ancient Greek and Roman politics, which were both heavily and historically influenced by the Eleusinian Mystery Initiations, which in turn were derived from ancient Egyptian Hermeticism, which has become the foundation of symbolism and ritualism of such esoteric philosophies as Freemasonry and Rosecrucianism, both of which are heavily predominant societies among US politicians.

Along with this parallel could be other possible equations in modern elitist mentality to their ancient counterparts, as it is very well-known that Greek and Roman royalty were quite indulgent in sex with children.

Overall, it is important for people to do their own research and draw their own conclusion, but in relation Dennis Hastert and his role in wide-spread political pedophilia, it looks like he was fed to the wolves by his colleagues, who are still presumably doing the same type of molestation that Hastert has been ultimately put away for.