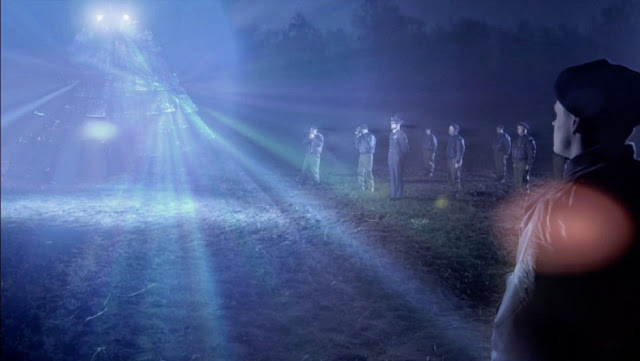 From Alien Contact to Man-made UFOs: 4 Declassified Secrets from the CIA and USA Government

It is not a secret that government and military secrets range from the frightening to the absurd, though most of them are anything but boring — something even skeptics would agree upon.

From supersonic flying saucers to fight the Soviets to a project that gave rise to secret military bases that were said to experiment with otherworldly technology.

In this article, we take a look at five military, and CIA secrets that have been declassified to the public.

While these projects have recently become available to the general public, it makes you think about all the stuff that’s currently being kept from us. 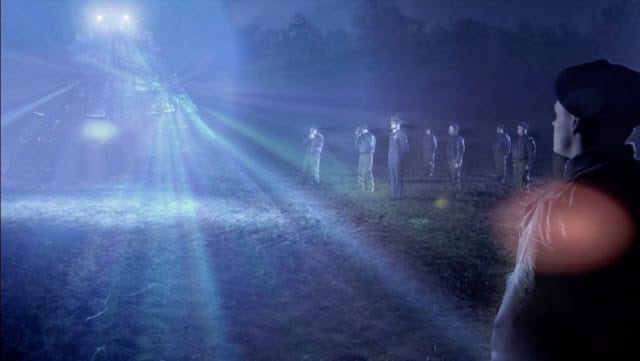 Project 1974: When the government wanted to build a flying saucer

The so-called ‘project 1974’ was an imposing initiative by the American military Force. Details behind Project 1974 were kept a secret until 2012, when the United States Air Force revealed diagrams and sketches of “PROJECT 1974″.

The idea was to build a flying saucer to patrol the skies and bring down Soviet bombers –among other things.

In a memorandum which dates back to 1956, it was stated that the flying saucer was expected to reach ” maximum speeds of Mach 3 and Mach 4, at a height of about 100 thousand feet and a maximum range that went beyond a thousand nautical miles.”

However, the project didn’t really succeed.

In addition, after tests in December 1961, it was concluded that the flying saucer design was aerodynamically unstable and would have been uncontrollable at high speeds.

The Nazis managed to create multiple working models of flying saucers, with alien blueprints. You can read more on the subject here.

Ironically, this (ex) secret facility located in the desert near Groom Lake, Nevada, is the best known of them all. Among the first to mention its existence was Bob Lazar.

In 1989, one Bob Lazar claimed to have worked in reverse engineering applied to extraterrestrial technology — recovered from incidents such as Roswell — in the secret facility called S-4, which was built south of Area 51’s main site.

The claimed that he was fired after the government discovered he was filtering information to his friends and informing them of the best areas from which they could watch test flights of ships powered by extraterrestrial technology in which he worked trying to replicate.

While many were expecting to hear something about aliens and alien technology this never happened.

The government only admitted that the facility was used to test a variety of spy planes, including the famous U-2. No details about ET were ever given even though millions of people speculate that there’s something strange going on in the facility.

At a time when UFO sightings were at their best, Grudge’s goal (1949-1952) was to determine if such objects represented a potential threat to national security.

Thousands of UFO reports were collected, analyzed and archived. Even though this has been the latest UFO-related project of the USAF that has been made public so far, it is suspected that the investigations continued in secret.

Furthermore, critics of the Grudge Project claim that the program was created to debunk UFO reports rather than scientifically clarify them.

In his book on the subject, USAF captain and project director Edward J. Ruppelt says:

“…In doing this, standard intelligence procedures would be used. This normally means an unbiased evaluation of intelligence data.

“But it doesn’t take a great deal of study of the old UFO files to see that standard intelligence procedures were not being followed by Project Grudge. Everything was being evaluated on the premise that UFOs couldn’t exist. No matter what you see or hear, don’t believe it…”

“Inside the military, Maj. Aaron J. Boggs in the Pentagon and Col. Harold Watson at AMC Air Material Command were openly giving the impression that the whole flying saucer business was ridiculous.

“Project Grudge became an exercise of derision and sloppy filing. Boggs was so enthusiastically anti-saucer that General Cabell ordered General Moore to create a more proper atmosphere of skeptical respect for the reports and their observers.” (Swords, 98)

Operation Paperclip (1946) was the code name for an operation carried out by the United States Intelligence and Military Service in which more than 1,500 Germans, mostly scientists but also engineers and technicians, were brought to the United States from post-Nazi Germany.

The idea of the project was to extract information regarding the so-called Marvelous Weapons of the Third Reich, such as rockets, chemical weapons, and medical experimentation, after the collapse of the Nazi regime during World War II.

The JIOA’s recruitment of German scientists began after the Allied victory in Europe on May 8, 1945, but U.S. President Harry Truman did not formally order the execution of Operation Paperclip until August 1945.

The most famous recruit was that of aerospace engineer Wernher von Braun, who would become the mastermind of NASA’s Apollo missions.