The New York Times has been caught censoring a story about a Norway pedophile ring that implicates top politicians in the country.

Internet sleuths discovered that an AP article that detailed the Norwegian scandal had been previously published by the New York Times, before they suddenly and inexplicably deleted it from their website.

A search for the article on their site reveals nothing.

The pedophile scandal is thought to be one of the biggest in modern history, as authorities in Norway seized 150 terabytes (150,000 gigabytes) of data, including photos, videos and chat transcripts between members of various paedophile networks. 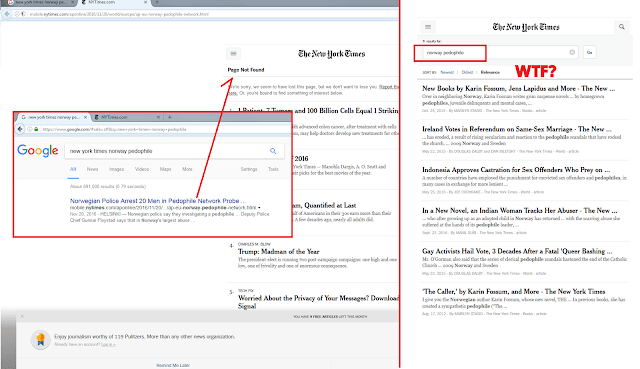 The scandal bears a strikingly similar resemblance to PizzaGate, which implicates Hillary Clinton and members of her campaign team.

Read more articles about the PizzaGate scandal, by accessing this link.

Carlos Slim, the owner of the New York Times, is a major Clinton Foundation donor and good friends with the Clintons.’ 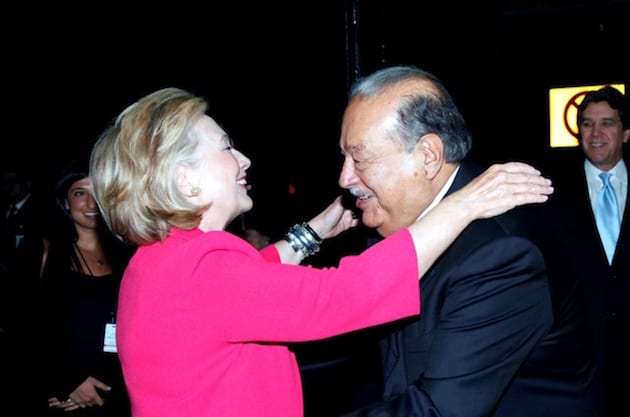 The newspaper also previously published an article promoting pedophilia to their audiences in 2014, in a peice named ‘Pedophilia: A Disorder, Not a Crime.’

Very important: NYT’s new CEO is Mark Thompson, who was BBC’s Director General. I remind you that the BBC covered up for Jimmy Savile for decades. Savile got away with allegedly abusing 500 children. The BBC is now trying to cover up the PizzaGate scandal by calling it “fake news,” despite the large amount of evidence that shows otherwise.