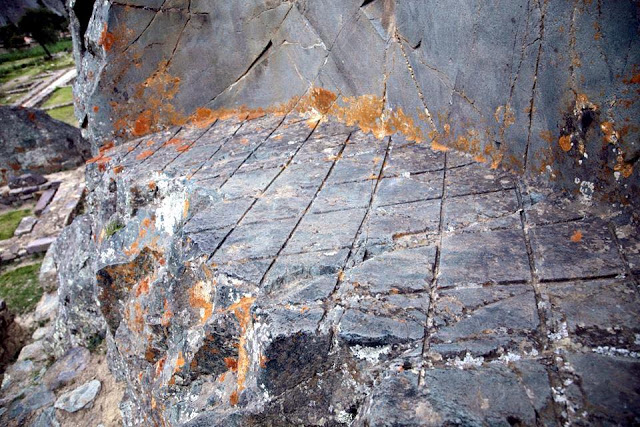 Located near Cuzco modern day Peru, we find one of the most mysterious yet magnificent ancient site son the planet: Ollantaytambo.

There — according to many — we can find evidence of extremely advanced technology used by ancient cultures thousands of years ago. What kind of ancient technology could have left behind such intricate criss-cross patterns in Andesite rock?

Located in the so-called Inca sacred valley, this ancient marvel of engineering is believed to have been built around 1440 AD by Inca Emperor Pachacuti.

However, many researchers believe this ancient ‘fortress’ dates back much further in time than we can imagine. 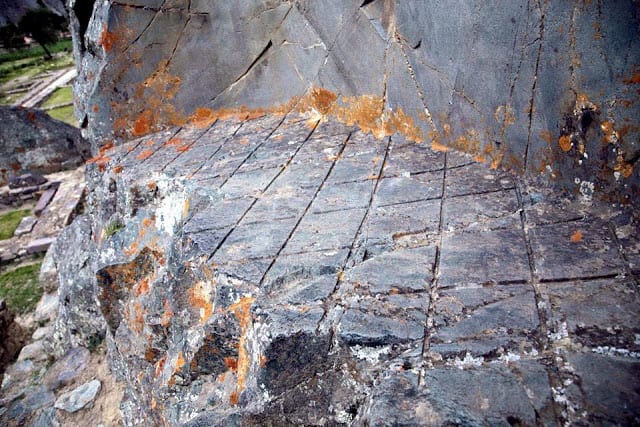 Ollantaytambo can be compared in greatness to other sites like Puma Punku, Teotihuacan and even the Pyramids of Giza.

Thousands of years after Ollantaytambo was built, archaeologists and researchers still fail to explain how exactly ancient mankind was able to quarry, transport and put into place massive blocks of stone weighing over 50 tons each.

Some of the stonework present at Ollantaytambo even display what many call evidence of ‘extremely advanced ancient technology’ that has been lost for thousands of years.

What have we missed at Ollantaytambo? Is it possible that this ancient site was built solely with the use of wooden and copper tools?

How did the ancients manage to cut massive rocks out of the mountain, transport them across the plains, moving them across rivers and bring them up and position where they are found today?

Ollantaytambo is a marvel of engineering and architecture, it’s both a fortress and complex city, and many questions have been raised throughout history regarding the construction of this ancient site.

Looking at Ollantaytambo we find one particular location of extreme interest. On the mountains from where the ancients somehow cut out massive pieces of rock, there are strange yet extremely precise criss-cross patterns.

These patterns — according to many — seem as if they were left behind by some sort of machinery after the slabs were removed. What kind of technology could have left behind such patterns thousands of years ago? 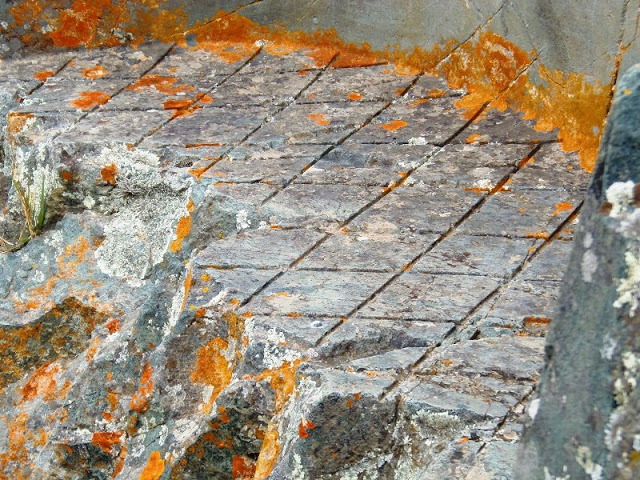 Some have even ventured out and said that these fascinating criss-cross patterns are in fact marks that could have been created by some sort of laser-like apparatus, or saw machine, pointing to the possibility that thousands of years ago, ancient builders of sites such as Ollantaytambo, Tiahuanaco, and Puma Punku had in their possession long-lost technology that allowed them to quarry with ease, massive andesite blocks.

“The rock surface looks rough but when you touch it feels as smooth as a bathroom mirror, which means some type of vitrification process was used. At the bottom of where this alcove was cut out, we can see a criss-cross pattern, in my opinion, they are actually saw marks, to me, and this pattern is irrefutable proof for ancient machining.” – Giorgio A. Tsoukalos

Look at these pictures and ask yourself: Is it possible that all of this was achieved thousands of years ago with bronze and copper tools? Many people firmly believe that the “Bronze tool” theory just doesn’t add up.

What kind of ancient technology could have left behind such intricate criss-cross patterns?