The 2016 U.S. presidential election was bound by controversy, with powerful people, sick of the secrets and lies, blowing the whistle on elitist corruption.

The aftermath has proven just as hairy, with more questions presenting themselves daily, and more answers, which go against the grain of a tight-knit country based on morality, have created a mudslide.

Dr. Ron Paul has been actively speaking out against the American electoral system for quite some time, claiming it is rigged in order to keep “independent thinkers” from succeeding. 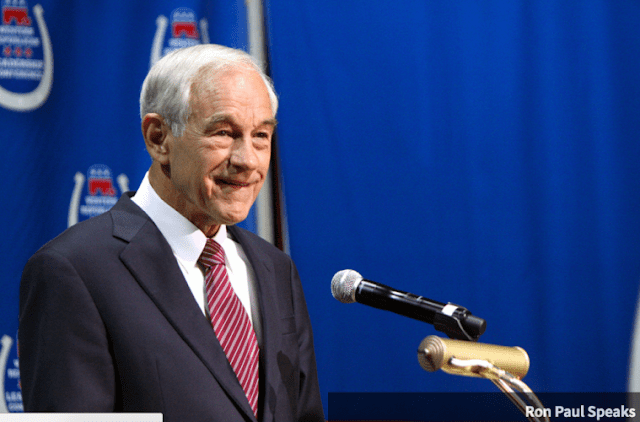 The former Texas congressman called the elections a mere “charade” that’s steeped in deceit. Paul ran for the highest office as a Libertarian in 1988, and in 2008 and 2012 as a Republican.

Following reports that Hillary Clinton blamed Russian President Vladimir Putin for personally cyber attacking her presidential campaign and ultimately costing her the 2016 election, Paul, founder of the Institute for Peace and Prosperity, spoke up against such claims, calling the U.S. government “propagandists” that simply push for a foreign policy of “intervening around the world.”

He called Clinton’s claims a “fiasco” in an interview with RT. “I think they’re just agitating, because they lost the election. They’re throwing out accusations and they have no proof.”

“The same people who are making all these charges, they didn’t seem to be worried a bit by the secretary of state having a private server,” he continued, “which made it much easier for Russia or anybody else to know what was going on.”

He also noted that, in an ideal world, the U.S. wouldn’t be concerned about other countries trying to interfere with their elections, and that the reason it’s not happening is because the U.S. government is steeped in hypocrisy, doing the exact same thing they are accusing Russia of doing.

“The American people should be worried about the influence of our CIA in other people’s elections, I mean probably hundreds. It’s constant,” he said, even mentioning “domestic assassinations” the CIA has apparently been a part of.

Paul stirred the pot further by revealing that a “shadow government,” in the words of RT, has teamed up with major media in order to push an anti-Russian narrative on the public to instill fear and hatred and, ultimately, rile up more arguments between the opposing Republican and Democratic parties.

Our government doesn’t change a whole lot. The people, who behind the scenes control the government, are always the same. And I consider that to be the case in most governments.

The propagandists are on the side of the people who want us to be intervening around the world, and I imagine that because Trump has suggested maybe we ought to do a little bit less of that, maybe they don’t like that idea, and they want to discredit him for that approach.

Paul even brought up the discussion of “fake news” currently creating a buzz so big it has pushed Facebook into unveiling a new policy that will have them, alongside companies like Snopes, fact-checking stories and potentially pushing important, awakening information that does not meet the political agenda of the elitists, far down its Newsfeed.

Paul said, “If it’s a private organization, they have a right to monitor. And they probably will make mistakes, but that is so much different than when a company like Facebook works with the government. That’s where the real danger is.”

You can watch the full segment from RT below.