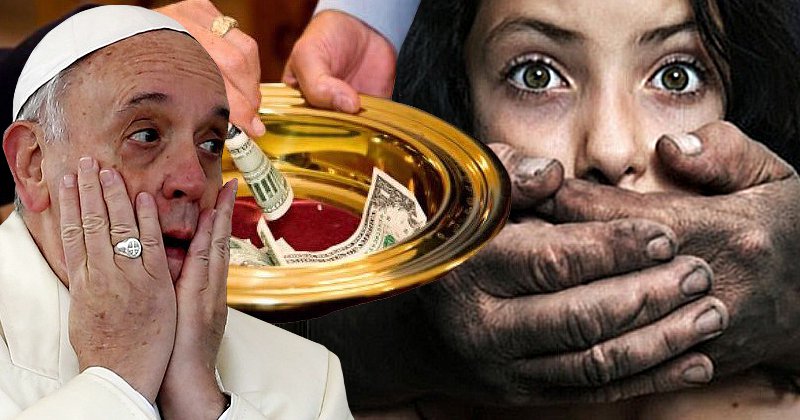 Pedophilia has become a huge topic of discussion over recent weeks as not only have sexual abuse outings been taking place in Hollywood, but the exposure of pedophilia in Hollywood and amongst the elite is becoming more common.

The reality of child molestation by the Roman Catholic Church has surfaced time and time again, and yet, somehow, it continues to happen.

If you watched the movie Spotlight, perhaps you have an idea of just how things are going down. But let’s break it down to date.

While you can’t put a price on the innocence of a child, you can put a price on just how much the Roman Catholic Church has paid out in lawsuits over the never-ending epidemic of child molestation wreaking havoc in its ranks.

According to Jack and Diane Ruhl of the National Catholic Reporter, who decided to research this particular topic, since 1950, the Vatican has spent a disgusting $3,994,797,060.10. 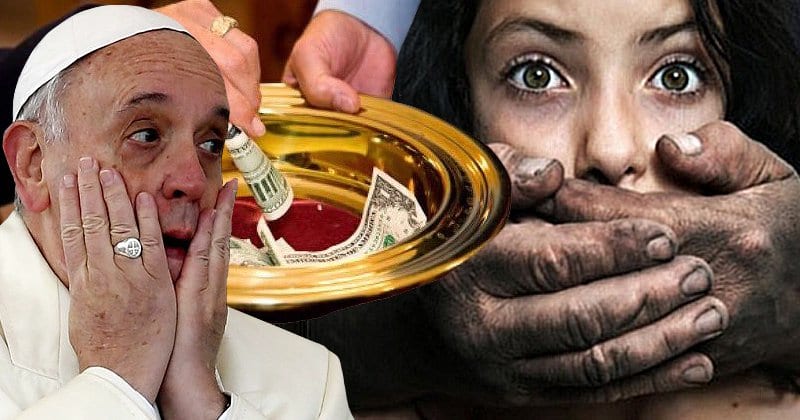 That’s nearly $4 billion to keep things hush hush. That number may even be a bit conservative, as we cannot know for sure the agreed upon “under the table” amount.

The figure is based on a three-month investigation of data, which includes a review of over 7,800 articles from LexisNexis Academic and NCR databases and information from BishopAccountability.org. Reports from the U.S. Conference of Catholic Bishops were also used.

If the amount of money dished out was divided evenly amongst the U.S.’s 197 dioceses, each one would get almost $20 million.

An incredible amount of cash from hard working people who support the good faith and intentions of the Church — people who are parents to little boys being sexually abused — is being used to cover up unfathomable crimes executed by priests.

In the early nineties, a monk who worked at the Vatican opened up to The New Yorker, admitting:

“You wouldn’t believe the amounts of money the church is spending to settle these priestly sexual-abuse cases.”

By 1992, U.S. Catholic dioceses had given 400 million dollars to settle hundreds of molestation cases.

That was a shocking chunk of change then, and that figure has only risen exponentially since. The men running the Vatican are well aware of the problem, and yet they refuse to provide justice.

When Pope Francis addressed hundreds of bishops on the issue, he said:

“I realize how much the pain of recent years has weighed upon you, and I have supported your generous commitment to bring healing to victims — in the knowledge that in healing we too are healed — and to work to ensure that such crimes will never be repeated.”

His words of “generous commitment” only further show just how tightly knit the Church truly is — worried more about reputation than morality.

“The people he was talking to are the people who moved the pedophiles around to prey on kids,” said John Salveson, a 59-year-old Philadelphia businessman who was abused as a child by a priest.

“If you gave me 100 years to pick a word to describe the U.S. bishops’ reaction to this crisis, ‘generous’ would never make the list.”

Terry McKiernan, who runs BishopAccountability.org, noted that Francis overlooked the fact that many dioceses around the country haven’t disclosed the names of abusers, and furthermore, continue to lobby against reforming statute of limitations laws that shield priests from prosecution for crimes from the past.

David Clohessy, executive director of the Survivors Network of those Abused by Priests, was once optimistic that Francis would push for change in how the Church handled the scandal, but has since lost hope.

“There’s nothing he could say that would be helpful, because Catholic bishops have said it all before — ‘I’m sorry, we didn’t know, we’ll do better.’ We’ve heard that for decades,” he said.

“This is a pope who has refused to take steps to expose one predator or punish one enabler… He could simply defrock, demote, discipline, or even clearly denounce just one complicit bishop. He refuses, not one.”

Spanning many hundreds of years, children have suffered at the hands of child predators who remain safe in the authority and integrity of an honorable faith, yet organizations, investigators, reporters, etc. continue to raise awareness, while the Catholic Church continues their fight to block bills that would extend the statute of limitations for reporting sex abuse.