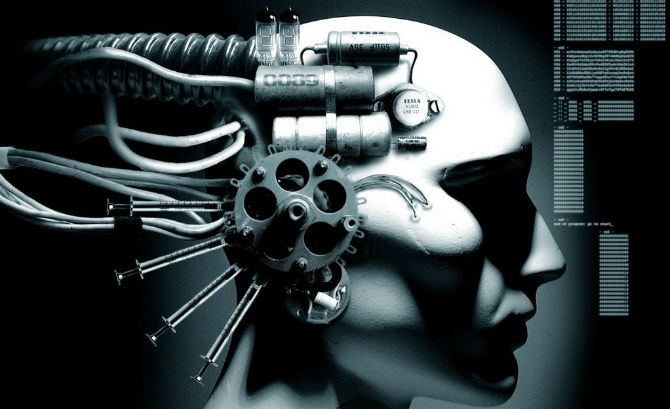 A number of people see transhumanism and artificial intelligence as a way of “upgrading” humans, rather like a software programme needing improvement.

Arguably, these people are not interested in the current state of the human species, ignoring those inherent qualities we already have. 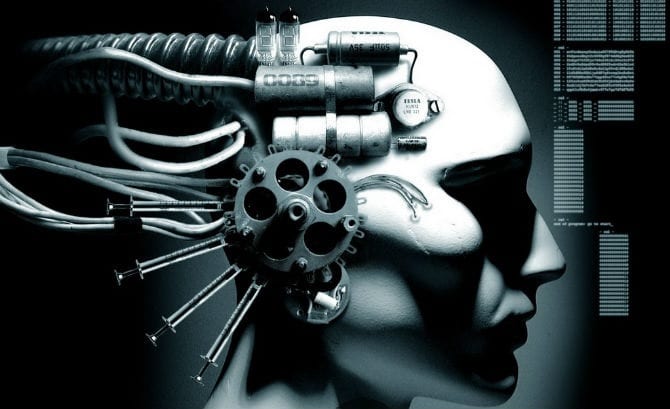 Because of this, transhumanism is therefore a trap. It will lead the human race in the disastrously wrong direction.

In light of this, here are 7 disturbing reasons explaining why transhumanism is said to be the greatest threat to the human race and what needs to be done to prevent it.

In their power-mad pursuits, prepared to spend countless millions, the ruling elite see transhumanism technology as a way to becoming immortal godlike beings.

Like most advanced technologies, they will continue to develop transhumanism for their own selfish benefit and as a means of mass exploitation for world takeover.

However, what they don’t realize is that we humans are already powerful godlike beings. – The ‘next level’ or ‘transformation’ comes from the consequences of the realization of this.

While accepting transhumanism technology without discernment, seen purely as ‘beneficial’ or ‘enhancing’ through cybernetics, genetic changes, mind-altering drugs, robotizing, bionics, micro-chipping and nano-technology… there is a serious risk of humans losing their power through a loss of spiritual connection to God/ Goddess/ All-There-Is: Infinite possibility, infinite wisdom, infinite love….

– If this happens en masse, becoming robots, humans will lose their ability to do anything significant against the ruling elite’s control system. – For the ruling elite this would be the ultimate ‘got you where we want you human race.’

As a consequence of 2, as we become dehumanized ‘empty shells,’ those human qualities of empathy, compassion, generosity, kindness, caring and sharing… would be lost.

This would lead to disastrous consequences: It is love that makes the world go around.

Similarly, as James Corbett said, “Only love will defeat the New World Order.”

In summary of 1-3 don’t fall for the ruse: While it’s great, for example, that lost limbs can be effectively replaced by the technology, ultimately, transhumanism is a way of controlling the people, while masquerading solely as ‘beneficial’ or ‘enhancing.’

The creation of the hive mind through transhumanism and technocracy has long been on the ruling elite’s controlling agenda. The hive mind is flawed in that it does not address humans as individuals.

When push comes to shove, with all their individual needs and self-expressions humans are bound to revolt against the technocrats’ hive mind control system…

Take the use of micro-chipped pills to monitor drug dosage control in patients as an example of mass surveillance.

The micro-chips in the pills could be used for other darker purposes such as mood altering and mind reading during the surveillance, activated from a central control location using computers.

There’s the disturbing case of jjabs capable of changing our DNA. The jjab introduced into our bodies contains live viruses. These viruses can incorporate into our host cell’s DNA and thus alter our genetic composition and gene expression.

A deeply concerning health issue is the recent push for jjabing pregnant women, which has to stop. If you are pregnant or know anyone who is then please circulate the following or other similar pieces.

Going beyond the mother’s placental barrier, the jjabs have shown to cause brain damaging alterations in the developing foetus through their toxicity.

This also causes foetal inflammation. With further vaccinations after birth and drug treatment such as paracetamol to try and reduce the infant’s inflammation, the brain-damaging continues:

It causes further alterations in the brain’s structural development, mainly affecting the pre-frontal cortex the front area responsible for cognitive (thought) processes and the animalistic limbic system a region of the hindbrain affecting emotion.

The 3rd important part of the brain also affected is the anterior cingulate cortex (sorry about the jargon) which acts as a relay station allowing connections between the pre-frontal cortex and limbic system.

Consequently, the child’s ability to express its humanity through empathy is seriously under threat and may be irretrievably lost. Consider the implications for this.

In the silent war on humanity transhumanist stealth weapons exist in many forms.

Examples include: Psychotronic, scalar, genetic, magnetic, implanting, energy directing and chemtrail weapons… Then there are the mandatory jjabs developed by US military technology and Billy Boy.

Taking the case of chemtrail weapons, large human populations continue to be infected with nano-bot nano-technology through aerosol spraying without them knowing.

Whether you like it or not the purpose of this technology is to give your DNA a nano-bot refurbishment.

– Put simply, most people don’t know about these technologies and that they are being forced on us for the ultimate goal of total control.

Imagine, at some data collecting control centre consisting of super-computers, like the sci-fi film Minority Report, your behaviour could be predicted or detected. If, for example, you’ve been found to be involved in government overthrow then you could face dire consequences…

The war on humanity and indeed our very existence as a species is seriously under threat through the ruling elite’s transhumanist agenda for total worldwide control. However, there are powerful solutions.

Why not get active by spreading the word? Let people know about the disturbing transhumanism agenda to raise awareness. Write blogs, form email groups, give slideshow presentations, use the social media, and send letters to relevant authorities demanding accountability… whatever it takes.

A word of advice: You may find it easier to get this subject across to others by simply saying “It’s being done for profit” rather than coming from the point of view that “It’s an agenda…” – At least, this is what I have found.

One authoritative body dealing with the transhumanism agenda and its manipulative, unethical, non-consensual experimentation on humans, violating  rights, is the European Coalition Against Covert Harassment (EUCACH).

One of EUCACH’s goals has been to pressure the European Union to enforce a ban on transhumanist tech weapons.

In spite of their control the ruling elite only have a false power in an illusory world. The real power resides with us: It exists in how we choose to direct our consciousness. -This cannot be taken away from us.

Evidence has shown that making choices related to the development of humanity changes our DNA.

The illusory world is here for you to use it, not the other way around where you’re a victim. A shift in mass consciousness to co-create an evolved humanity will overturn the ruling elite’s control system.

– As mentioned earlier, we humans are already powerful godlike beings. – The ‘next level’ or ‘transformation’ comes from the consequences of the realization of this.

Cancer, Cancer Everywhere… But Not in the Presidential Suite Previous post
Earth’s Magnetic Field and the New Consciousness Next post