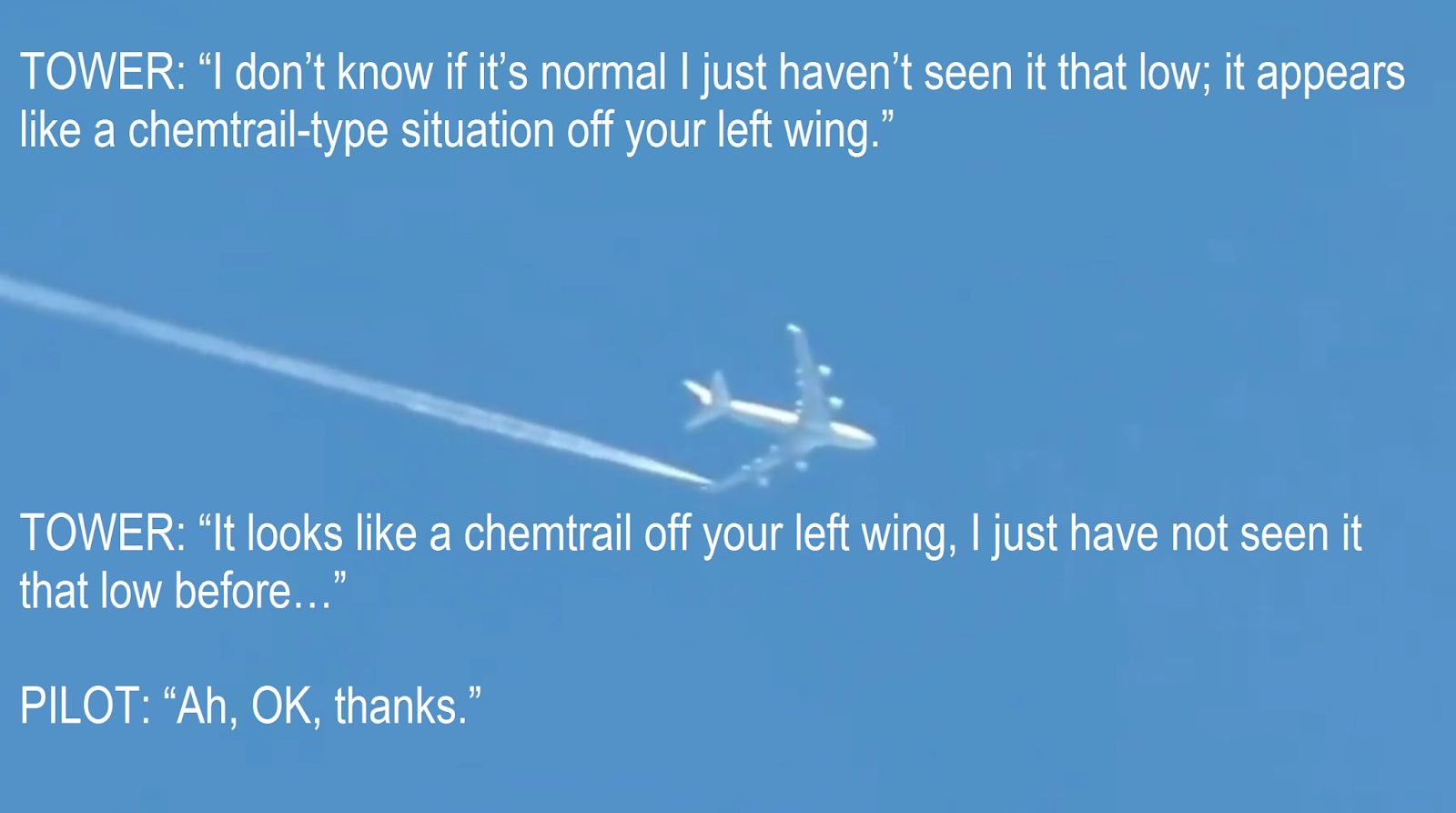 Air Traffic Control to Pilot: ‘You Have A Chemtrail Off Your Left Wing’

An air traffic controller told a Southwest pilot he had “a chemtrail off (his) left wing” last week – and it was recorded for posterity.

40 seconds after Southwest 1256 took off from Portland International at 6:18pm, September 21st, 2016, an air traffic controller in the tower radioed the pilot to say:

“I don’t know if it’s normal I just haven’t seen it that low; it appears like a chemtrail-type situation off your left wing.”

When the pilot asked her to repeat it, she said: 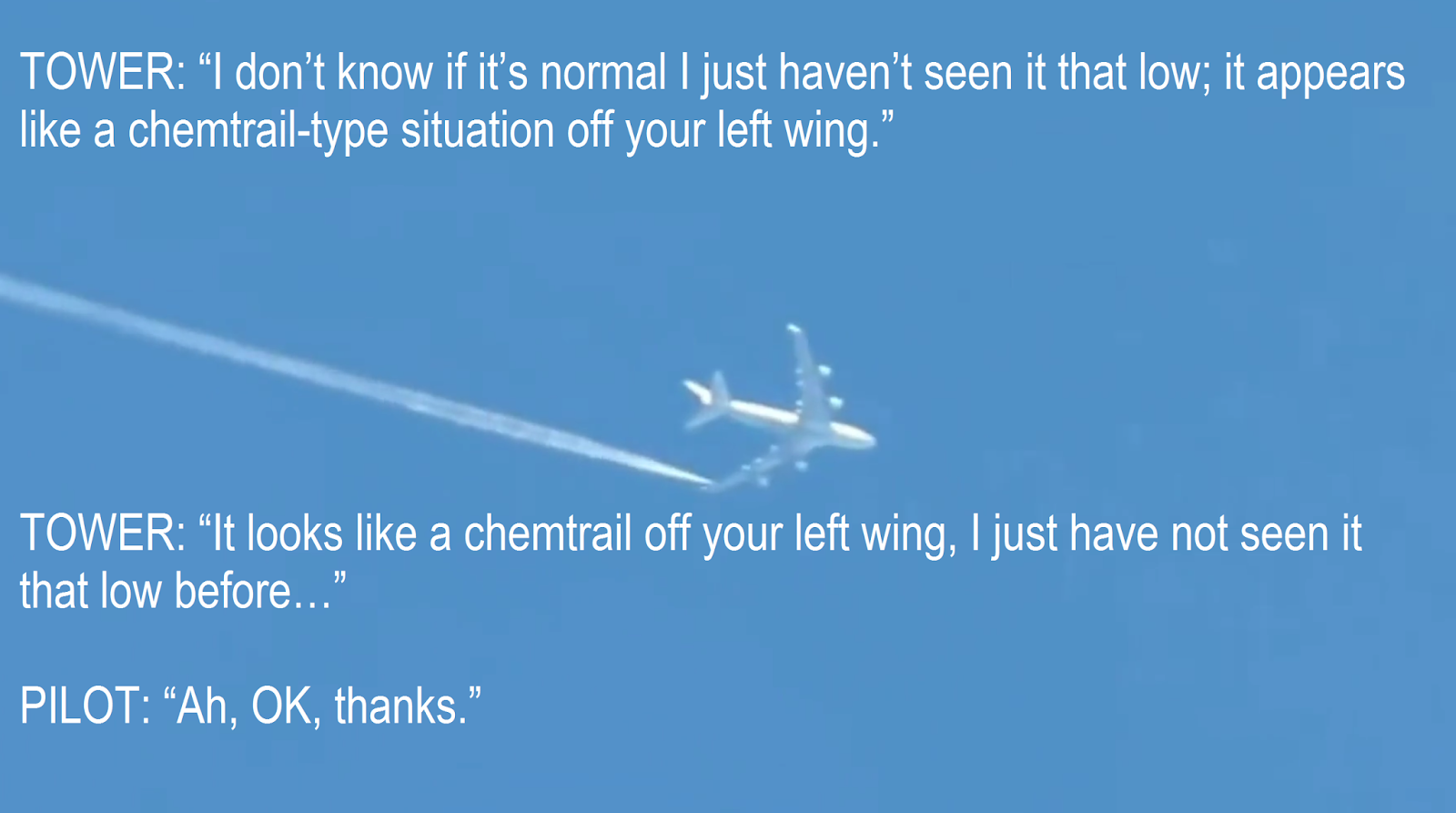 “It looks like a chemtrail off your left wing, I just have not seen it that low before, but it does look similar to a…”

Her transmission is cut off before she can finish her sentence. When you hear her again 10 seconds later, she alters her phrasing to say:

“Alright, a contrail off your left wing.”

The pilot does not appear surprised or concerned.


Fortunately, the audio was archived at LiveATC.net. To download it for yourself, select September 22nd 2016 (UTC), select the KPDX Ground/Tower and 0100-0130 for the time and click submit.

The relevant part is about 18 minutes and 40 seconds into the file.

Special thanks to http://stopsprayingus.com for making the file and transcript available.

Now That I Have My Crystals, What Do I Do With Them? Previous post
Rothschild Family Wealth is Five Times that of World’s Top 8 Billionaires Combined Next post