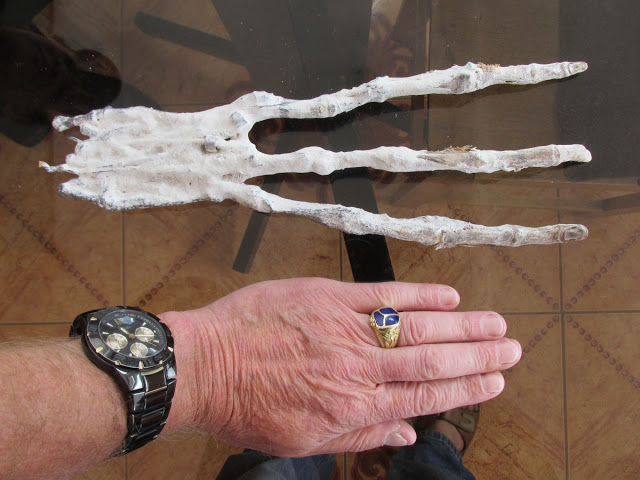 Update from Brien Foerster: According to 2 radiologists in the US, this is fake. If you look carefully at the bones in the fingers, some are completely out of place and do not line up properly. The thumb and baby fingers were removed to make up this composite [see the x-ray below].

Though easy, initially, to call fake, a Hollywood prop or whatever, the below artifact was seen by us in person recently in Cusco Peru.

It was presented to us, along with a small mummified elongated humanoid skull and body by a local person.

X rays of the “hand” (below) show that each of the 3 fingers has 6 bones, while a human hand has 3. Once again, as with the skull, physicians in Cusco determined that clearly this is not the hand of a human, but is made up of bone and skin.

They were unable to determine what kind of life form it is, or was. 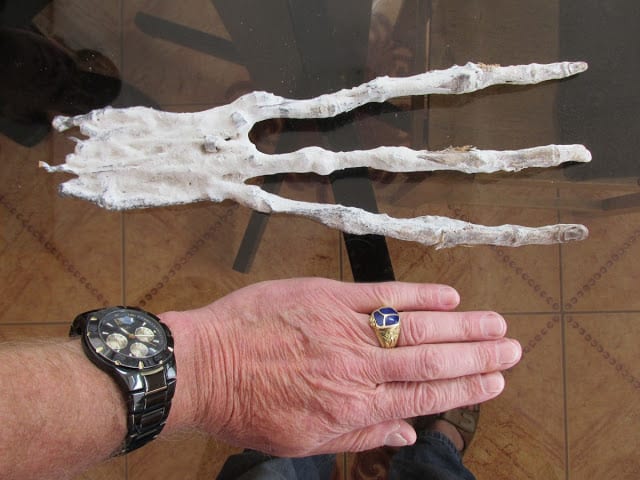 The detailed photo of one of the ends of the fingers (below) shows the skin as well as a fingernail which is surprisingly human looking. 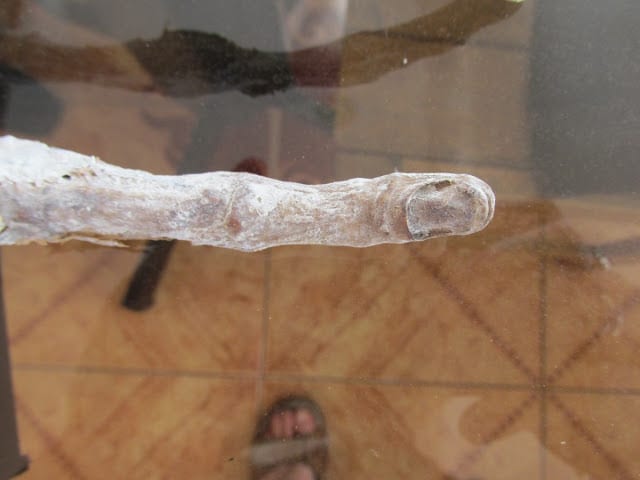 The keeper of this and other artifacts does not want to sell them, he simply wants to know what they are.


Another x-ray of the ends of the fingers shows that under the skin there are well defined bones, looking quite mammalian. 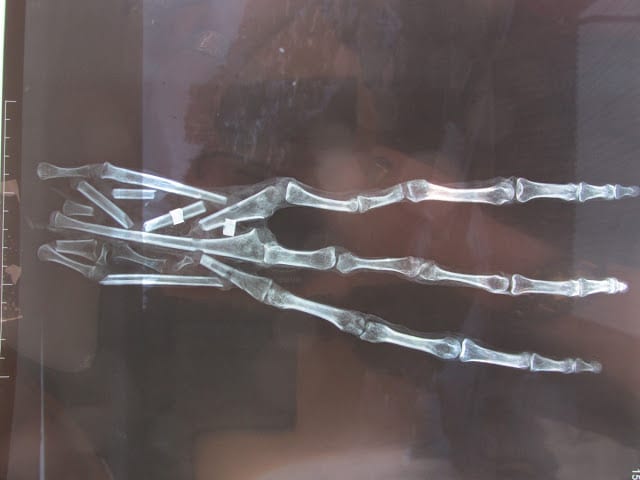 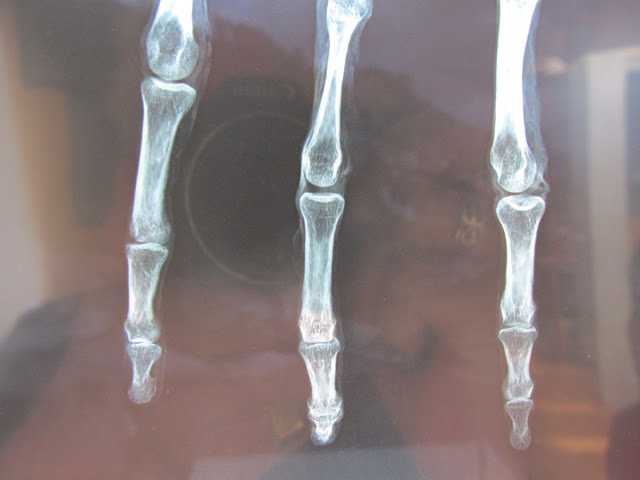 The artifacts were found in a secret location, in a tunnel in the southern desert of Peru; more details and perhaps artifacts will be discussed when available. 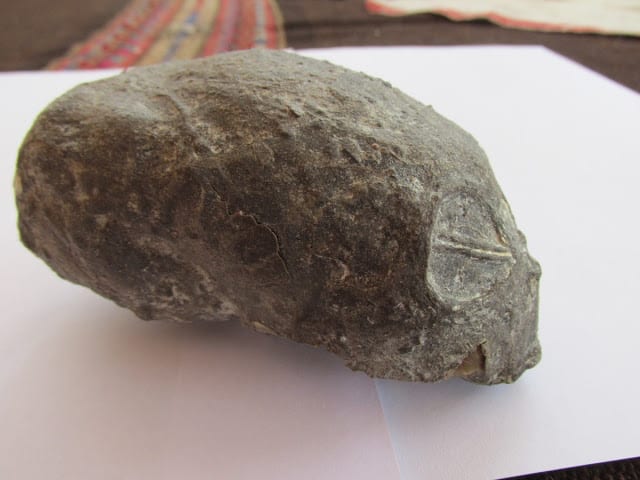 Above is the skull; it was x-rayed and examined by physicians here in Cusco who stated that it clearly was not a human, but was a life form of some kind. — Read more about the finding here.

The skull is composed of bone and skin of some sort. Plans are in the works for radiocarbon and DNA testing early in 2017 in the US.

via Hidden Inca Tours — HumansAreFree.com
72 Bombs a Day — How the U.S. Spread 'Democracy' and 'Freedom' in 2016 Previous post
The Megalithic Site of Baalbek: Stonework of the Gods Next post