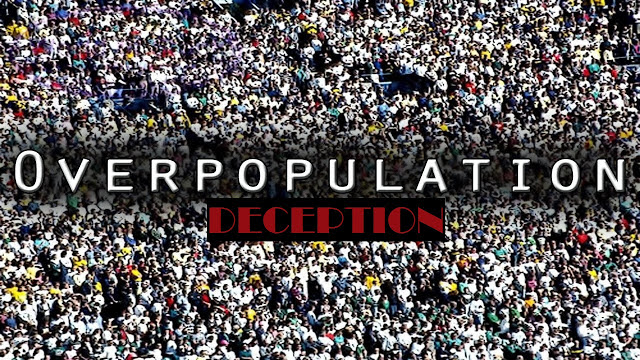 NWO Eugenics And Population Control Pushed On All Fronts

Malcolm Potts is a Malthusian figure with deep roots in the history of eugenics.

He’s not hiding in the shadows, but in the open as a professor at one of the most prestigious academic institutions in America, one that has been espousing eugenic philosophy for almost a century: University of California, Berkeley.

In 1924, another eugenicist was a professor at UC Berkeley: Samuel Jackson Holmes, who published a 1924 paper titled “A bibliography of eugenics,” at Berkeley, in 1937 he writing, “The Negros’ Struggle For Survival.”

Malcolm Potts has been a rabid advocate of population reduction for almost 50 years, and was the first physician to promote the main modern method of abortion today, uterine manual vacuum aspiration, and in 1968 became the first Medical Director of the International Planned Parenthood Federation, not many years after Planned Parenthood founder Margaret Sanger was openly calling for the extermination of black people.

Care to know who was the head of Planned Parenthood for decades? None other than Billy Boy Sr., whom together with his wife, Mimi Gardner Gates, have indoctrinated their children from a very young age into becoming depopulationists. 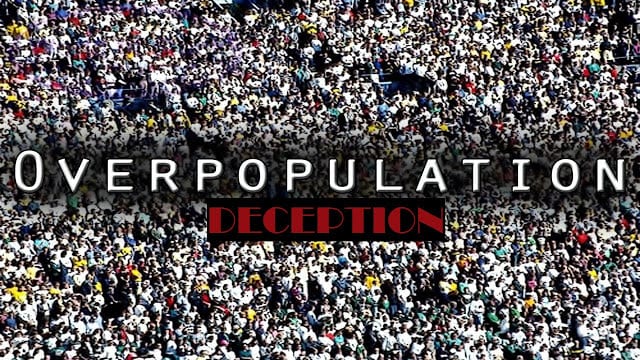 In 1966, Potts wrote articles in the Eugenics Review, one of the original racist, eugenic scientific journals that came from the Galton Institute itself, formerly known as the British Eugenics Society, whose namesake, Francis Galton, coined the term “eugenics.”

To this day, he teaches classes at Berkeley about how badly the population needs to be culled, under the guise of “family planning” and other benign, less-descriptive phrases.

He spreads fear about overpopulation, never focusing on the underlying problem of wealth disparity and hegemony, but claiming the innocent men born at the bottom of the bottom class are a threat because they are inherently going to become terrorists.

The term “Malthusian” refers to the philosophy of Thomas Malthus, a “chicken little” of overpopulation fear mongering who openly advocated for spreading disease to kill the poor. Malthus famously encouraged giving disease, famine, and increased mortality rates to the poor, in “An Essay on the Principle of Population, 1826”:

“Instead of recommending cleanliness to the poor, we should encourage contrary habits. In our towns we should make the streets narrower, crowd more people into the houses, and court the return of the plague.

In the country, we should build our villages near stagnant pools, and particularly encourage settlements in all marshy and unwholesome situations.*12

But above all, we should reprobate specific remedies for ravaging diseases; and those benevolent, but much mistaken men, who have thought they were doing a service to mankind by projecting schemes for the total extirpation of particular disorders.

If by these and similar means the annual mortality were increased from 1 in 36 or 40, to 1 in 18 or 20, we might probably every one of us marry at the age of puberty, and yet few be absolutely starved.”

He is affectionately portrayed at Berkeley, and his cries of “overpopulation” live on today in the work of Malcolm Potts and his ilk. 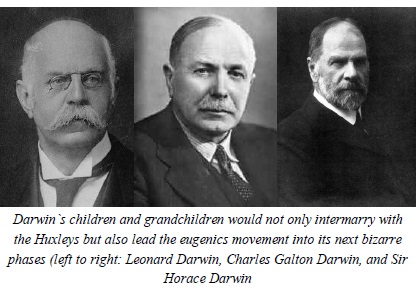 Today, figures such as Malcolm Potts carry Thomas Malthus’ legacy, and the legacy of the British family who originated eugenics: the Darwin-Galton-Wedgewood-Huxley family.


A 2013 paper co-authored by Malcolm Potts plots how to “reduce fertility” in poor populations, encouraging abortions and whatever means necessary to reduce family size, reduce fertility, and reduce population.

Read close and make no mistake, this is not speaking in favor of birth control: it is about reducing fertility. It references Darwinian eugenics ideas right off the bat, like this affectionate publication about Thomas Malthus also from UC Berkeley.

Advocating not for freedom, it is titled: “The impact of freedom on fertility decline.” Reading from that paper:

“All societies use a combination of contraception and abortion to limit family size.49–53 In 1975, Tietze and Bongaarts49 observed that “levels of fertility required for population stabilization cannot be easily obtained without induced abortion”.

Conversely, we cannot find a country with replacement level fertility that does not have access to safe abortion, either de jure, as in much of Europe, or de facto as in the Republic of Ireland where women go to England to obtain safe abortions.

When safe abortion is accessible in a country, the total fertility rate (TFR) is likely to be one child lower than if abortion is not accessible.54 55

Forty-five years ago demographer Kingsley Davis observed: “Induced abortion … is one of the surest means of controlling reproduction, and one that has been proved capable of reducing birth rates rapidly…

Yet this method is rejected by nearly all national and international… programmes”.56 Today, in spite of powerful evidence of the safety of misoprostol for medical abortion,57 especially in low-resource settings,58 this tablet has not been approved for use by women at home for this purpose.”

“We contend that wherever women have access to a range of contraceptive methods with correct information and backed up by safe abortion, fertility will fall. This is the basis of our ‘opportunity model’.

“Conversely, as long as the international community fails to focus on family planning, the barriers to family planning are allowed to stay in place, and the shortfall in money and commodities persists, there will be further stalls in fertility decline (or an actual rise in family size), particularly among the poorest economic quintiles in low-income countries.”

Malcolm Potts has a feverish obsession with reducing the world’s population of poor people, working veraciously for almost half a century to do so with a tenacity only perhaps rivaling Margaret Sanger herself.

He claims men born into impoverished areas (citing Gaza) are inherently a threat to world stability, essentially saying they are bound to become terrorists, so they should never have been born.

In its May-June cover story, Miller-McCune — a new magazine that boasts of “smart journalism” that “draws on academic research and other definitive sources to provide reasoned policy options and solutions for today’s pressing issues” but then delivers the same old anti-youth prejudices long moldering in mainstream media — Potts and Stanford University Earth Sciences lecturer Thomas Hayden push the absurdly bigoted notion that “young men are the true engines of war.”

Tossing out the usual half-baked bio-cliches on “testosterone” and “aggression,” they argue that “careful statistical studies show that the probability of violent conflict increases as the ratio of young men in a society rises above that of older men.”

(Yes, and statistically, the limited notions of “conflict” Potts and Hayden single out also increase along with the proportion of dark-skinned and poor people of all ages.)

Therefore, they argue, any excess of young men in a society must be the major cause of war, violence, and terrorism.”

While they wail about overpopulation as the main threat to the future of our planet, they purposefully ignore those responsible for creating war and poverty in the first place: the wealthiest on this planet.

Overpopulation fear-mongerers often belong to the privileged, wealthy class of people, some of which are the very people starting wars of aggression in the Middle East, who fund the terrorists they claim are being created by overpopulation.

They aren’t suggesting their class of people be culled: only the poor. The forces who keep people in a state of poverty are ignored, and instead the victims are identified as the causes of poverty and suffering, by Malthusian academics hungry for the extermination of poor people.

The truth is, the Earth can support many more human beings, if the land and resources were not hoarded by a very small number of extremely wealthy individuals.

It would also help if the wealthy would cease to influence the poisoning of our land with pesticides and toxic chemicals.

These people hungering for reduced population are not hidden, but operating in plain sight in the most prestigious academic institutions in the West, just as they did a century ago when the Ivy League institutions pioneered eugenics.

If you’d like to understand the insidiousness of Malcolm Potts’ presentation style, take a look at his talk here, where he discusses how poor people reproducing is responsible for climate change.


To learn more about the myth of overpopulation, this video is helpful: By Cassius Kamarampi, Waking Times

About the Author: Cassius Kamarampi is a researcher and writer from Sacramento, California. He is the founder of Era of Wisdom, writer/director of the documentary “Toddlers on Amphetamine: History of Big Pharma and the Major Players,” and a writer in the alternative media since 2013 at the age of 17. He focuses primarily on identifying the exact individuals, institutions, and entities responsible for various forms of human slavery and control, particularly chemicals and more insidious forms of hegemony: identifying exactly who damages our well being and working toward independence from those entities, whether they are corporate, government, or institutional.
Rothschild Family Wealth is Five Times that of World’s Top 8 Billionaires Combined Previous post
Easiest Diet EVER: Lose 30 Pounds In 3 Months! Next post