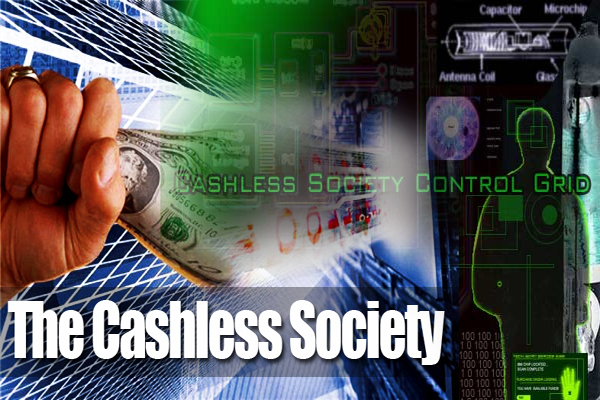 The NWO Push for a Cashless Society — It Started in India

The cashless agenda has taken a giant leap forward worldwide in the last 2 months, mainly due to Indian Prime Minister Narendra Modi.

Modi took the bold, detested and despised step of banning the 2 highest denomination notes in India (the 500 and 1000 rupee notes, worth around US$7.50 and $15 respectively).

This wiped out around 80% of the value of circulating cash widely used by many segments of society for trade. His reason was to cut down on the black money circulating in India upon which tax is not paid.

However, from the boarder perspective of the worldwide New World Order (NWO) conspiracy, converting the entire world economy to solely digital transactions is not just about extracting more tax revenue from the ruled populations; it’s about knowledge and power. 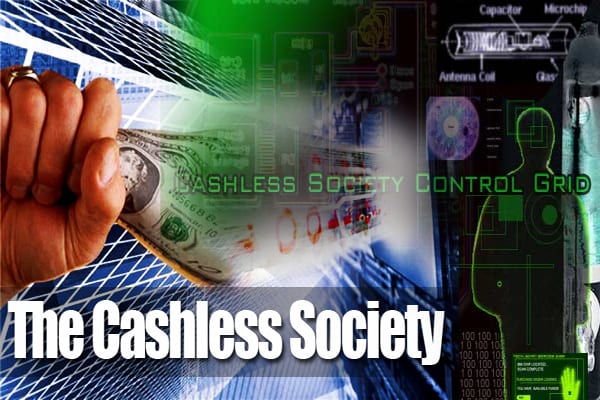 It’s about surveillance on an extraordinary scale. The cashless agenda about acquiring the capacity to monitor literally every single financial transaction that takes place on the planet.

The truth is that India is being used as the latest guinea pig to push forth the NWO cashless agenda, and a particular US Non-Governmental Organization (NGO) was instrumental in the rollout.

In an earlier article NGOs: Choice Tool of Subversion for the New World Order, I described how NGOs have become tools of infiltration and subversion to conduct soft coups or soft overthrows of democratically elected foreign governments.

NGOs are the perfect way to destroy an enemy nation from within. By gaining inside access to that nation, an NGO can disseminate all sorts of lies and propaganda to weaken people’s faith in their leaders or their political system.

NGOs can also fund “people’s” revolutions (i.e. color revolutions) to make it look like a foreign-orchestrated overthrow is a domestic grassroots uprising – just ask George Soros about that one.

For this reason, some nations such as Russia, China and Israel have restricted or banned foreign NGOs from operating on their shores.

In the case of India, there are clear signs that the cash ban was planned in advance by the nefarious United States NGO USAID (instrumental in the bloody Ukraine Maidan coup of 2014).

I give a hat tip to Norbert Häring, author of the recent article A well-kept open secret: Washington is behind India’s brutal experiment of abolishing most cash, who outlines how USAID was actively conspiring with the Indian Ministry of Finance to push forward the cashless agenda.

“USAID had announced the establishment of „Catalyst: Inclusive Cashless Payment Partnership“, with the goal of effecting a quantum leap in cashless payment in India. The press statement of October 14 says that Catalyst “marks the next phase of partnership between USAID and Ministry of Finance to facilitate universal financial inclusion”.

“The statement does not show up in the list of press statements on the website of USAID (anymore?). Not even filtering statements with the word “India” would bring it up.

“To find it, you seem to have to know it exists, or stumble upon it in a web search. Indeed, this and other statements, which seemed rather boring before, have become a lot more interesting and revealing after November 8.”

So on top of actively pushing India into the cashless agenda, looks like USAID is also covering their tracks and trying to hide it.

Catalyst is the Catalyst …

So basically the New World Order, via the US Government and USAID, had decided that India would be the next country in which it would roll out the cashless agenda, so it set up this new organization Catalyst to disguise the non-Indian interests behind the scheme. Häring points out the big NWO players behind Catalyst:

“Who are the institutions behind this decisive attack on cash? Upon the presentation of the Beyond-Cash-report, USAID declared:

“Over 35 key Indian, American and international organizations have partnered with the Ministry of Finance and USAID on this initiative.”

On the website catalyst.org one can see that they are mostly IT- and payment service providers who want to make money from digital payments or from the associated data generation on users.

Many are veterans of what a high-ranking official of Deutsche Bundesbank called the “war of interested financial institutions on cash” … They include the Better Than Cash Alliance, the Gates Foundation (Microsoft), Omidyar Network (eBay), the Dell Foundation Mastercard, Visa, Metlife Foundation.”

Häring also points at some other key people and groups behind the war on cash in India:

“Raghuram Rajan at the helm of Reserve Bank of India from September 2013 to September 2016 … had been, and is now again, economics professor at the University of Chicago. From 2003 to 2006 he had been Chief Economist of the International Monetary Fund (IMF) in Washington.

(This is a cv-item he shares with another important warrior against cash, Ken Rogoff.)

He is a member of the Group of Thirty, a rather shady organization, where high ranking representatives of the world major commercial financial institutions share their thoughts and plans with the presidents of the most important central banks, behind closed doors and with no minutes taken.

It becomes increasingly clear that the Group of Thirty is one of the major coordination centers of the worldwide war on cash. Its membership includes other key warriers like Rogoff, Larry Summers and others.”

Astute readers will see a familiar theme here cropping up once again. In my recent article “International Fact-Checking Network A.K.A. NWO Ministry of Truth,” I discussed how Billy Boy (the Gates Foundation) crops up seemingly everywhere in NWO agendas such as censorship, jjabs, GMOs, Common Core education, transhumanism, eugenics, depopulation and now in the cashless agenda too.

Pierre Omidyar (Omidyar Network) also got a mention in the same article as being one of the funders of the new organization IFCN poised to become a sort of Ministry of Truth.

The IMF is a Rothschild tool and a harbinger of NWO One World Bank. Larry Summers was one of the guys under Obama who oversaw the “bailout”, “stimulus” or daylight robbery of the American people that took place in 2009 – but he was apparently much more worried about what Goldman Sachs would think.

The Group of Thirty is a think tank of international bankers funded by – guess who – the Rockefeller Foundation.

Everywhere you look in the worldwide conspiracy, it’s the same players, the same themes and the same one agenda (through its many facets) for total domination. 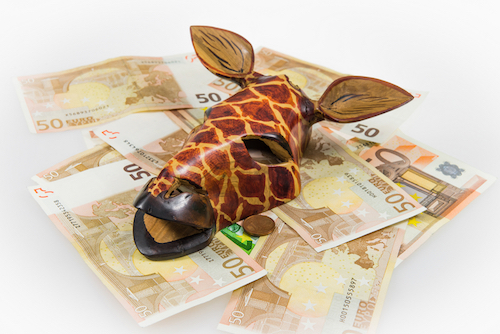 Cash: the new endangered species. Because if you want to use cash, you must be a criminal, right?

Venezuela, Sweden, Australia, Greece – Everyone Joining In On the Cashless Agenda

It’s not just India. The cashless agenda is being pushed worldwide. Recently President Maduro of Venezuela announced he was going to ban the 100 bolivar note, the nation’s largest currency denomination.

The pretext is essentially the same each time: to supposedly stop crime and make it harder for criminals who deal only in cash. Maduro said:

“There has been a scam and smuggling of the one hundred bills on the border with Colombia, we have tried the diplomatic way to deal with this problem with Colombia’s government; there are huge mafias.”

However as Jeff Berwick (Dollar Vigilante) points out, this is a false argument. There is no true correlation between high crime rates and high demonization bills in circulation:

“The trouble here is that removing bills doesn’t fight crime. At least one recent study shows countries with the largest currency denominations actually have the lowest crime rates. Take for instance a country like Japan which is praised for its low crime rates and has a 10,000 yen note worth around $85 as of today.

Switzerland is a prime example of the opposite end of the spectrum because not only does it have a 1,000 Swiss franc note worth roughly $1,000 USD and one of the lowest crime rates in the world, but unlike Venezuela where guns are outlawed and violence is rampant, 1 in 2 Swiss people are gun owners.”

Meanwhile Sweden has completely jumped on board the cashless agenda. The Nordic nation is on the fast track to become the first totally cashless society, as the Guardian reports:

“According to central bank the Riksbank, cash transactions made up barely 2% of the value of all payments made in Sweden last year – a figure some see dropping to 0.5% by 2020. In shops, cash is now used for barely 20% of transactions, half the number five years ago, and way below the global average of 75%.

And astonishingly, about 900 of Sweden’s 1,600 bank branches no longer keep cash on hand or take cash deposits – and many, especially in rural areas, no longer have ATMs.

Circulation of Swedish krona has fallen from around 106bn in 2009 to 80bn last year.”

Australia has also joined the cashless bandwagon with some recent and shameless propaganda. Check this video of a supposedly cool, unshaven guy throwing stats at you and trying to convince you that you don’t need the $100 note any more.

X22 Report has also just reported that Greece is initiating a soft cash ban. They are mandating that you spend 10% of your expenditures in digital currency!

So the government is telling you in what format you must spend your money – and Greeks are getting penalized for not spending in this manner. Wow. The tyranny is just so blatant.

2017 is the Year when the War on Cash Will Accelerate

You don’t need to be an oracle to see that the war on cash is intensifying and accelerating rapidly across the world.

It is a key part of the New World Order agenda, because it removes some of the last vestiges of privacy and anonymity that we still have in today’s world.

Without the ability to freely transact anonymously with cash, our freedom is greatly restricted, because so much of our life revolves around the use of money: spending habits, income, expenditures, amount of tax paid, etc.

To know someones’ complete financial history and current position is to have great power over them.

It seems the NWO manipulators are attempting to cement the cashless agenda in place before the world becomes too much more awake, aware and conscious. Will they succeed?

Only time will tell, but there is still time to stop this agenda in its tracks if we spread enough awareness about it.

Alexander: You can start investing in Cryptocurrencies with one click. Ethereum (ETH) could easily become the next Bitcoin. If you buy today, it’s possible to see a huge return in the near future.