Mixed Messages on Russia: Trump Administration Divided and All Over the Place

Mixed messages on Russia are coming out of the Trump administration, which seems to be hopelessly divided and anything but cohesive on the Russian issue.

Much to the great disappointment of many who see that a peaceful US-Russia relationship is the key to avoiding World War 3, Trump has for the most part changed his tune on Russia… sort of.

At today’s press conference he again stressed the need for a good relationship with Russia.

Yet, only yesterday on Feb. 15th 2017, Trump himself put out a tweet that alleged that Russia took Crimea and asked if Obama was too soft on Russia? So which is it?

Has Trump done a big U-Turn on Russia? Here is a list of the mixed messages on Russia coming out of the current US government.

In his press interview with Theresa May, Trump ludicrously claimed he was in general consistent with his positions and didn’t flip flop or change his stance. Given how inconsistent he has been, that is quite false, and now we have another giant flip flop.

The Deep State, the Military Intelligence Complex (MIC), the Zionists, the neocons or whoever else have evidently got to Trump who has now tweeted (above) that “Crimea was TAKEN by Russia” (Trump’s emphasis in capital letters).

Why is Trump revisiting this point when independent observers established that the Crimean people voted 96% to return to Russia in a legal referendum?

Mixed Messages on Russia #2: Trump Insists US Needs a Good Relationship with Russia

“If Russia and the United States actually got together and got along – and don’t forget: we’re a very powerful nuclear country and so are they … I’ve been briefed.

“And I can tell you one thing about a briefing that we’re allowed to say, because anybody that ever read the most basic book can say it, nuclear holocaust would be like no other … If we have a good relationship with Russia, believe me, that’s a good thing. Not a bad thing.” 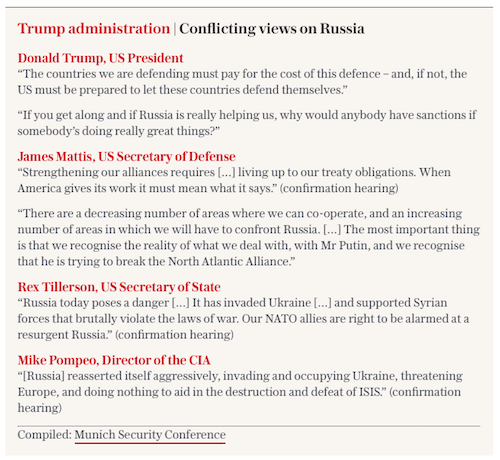 In one of the first shocks of the fledgling Trump Administration, Michael Flynn was fired by President Trump himself after it was revealed that he had allegedly broken the 1799 Logan Act by discussing sanctions and other matters with Russian Ambassador to the US, Sergey Kislyak, back in December 2016.

However, when is breaking the Logan Act such a big deal, especially when you consider all the NWO insiders who gather at Bilderberg every year to discuss all sorts of sensitive national matters and policy behind closed doors?

The allegations may not be true. The FBI cleared Flynn by stating that he was “cooperative and provided truthful answers”.

Strangely, Flynn was not allowed to review the call log and clear himself … which indicates that this affair may have been some kind of a coup.

“When Flynn was attacked in the media for his ties to Russia, he was not allowed by the White House to defend himself. Over the weekend, he was instructed not to speak to the press when he was in the fight for his political life. His staff was not even allowed to review the transcripts of his call to the Russian ambassador.”

Flynn was known to be friendly towards Russia. Was the framing and firing of Flynn (brought about by the MSM which published the leaks and called for his head) part of a grander NWO strategy to remove Russophilic or Russia-friendly elements from the new Trump Administration?

Yes, Flynn was vehemently anti-Iran, so the NWO lost someone pushing for war with Iran, but is it more geopolitically significant for them to generate further fear and hatred against Russia than Iran at this stage?

Let’s face it, there is already a lot of anti-Iran sentiment among Trump’s cabinet and staff.

Mixed Messages on Russia #4: Tillerson’s Comments: Russia is a Danger

Another manifestation and reflection of the inconsistency of Donald Trump’s positions and policies is the degree to which his entire administration is divided on the Russia issue. This was evident quite early on.

Trump himself seems to be the only one remaining who is for Russia now that Flynn has ignominiously departed.

For instance, when Rex Tillerson, nominated for Secretary of State, was at his Senate confirmation hearing, he referred to Russia as a danger.

However, Tillerson is known for his closeness with Russia, having being awarded the “Order of Friendship” by Putin in 2013, so he knew he would have had to have said some strong words about Russia to appease the overwhelmingly Russophobic US Senate.

Mad Dog Mattis, at his Senate confirmation hearing to become Secretary of Defense, said he placed Russia first among all threats: 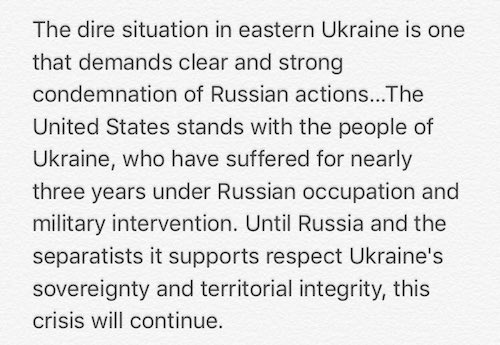 Nikki Haley lost no time in using her inaugural address to the UN to condemn Russia, and posted her comments on Twitter (above) to please her masters. She also said the following at her Senate confirmation hearing:

“Russia is trying to show their muscle right now. It’s what they do … I don’t think we can trust them. We have to continue to be very strong back, and show them what this new administration is going to be.”

Meanwhile, new CIA head Mike Pompeo seems to have his head in the clouds by buying the official line that Russia hacked the US presidential elections. Does everyone at the CIA, both current and incoming staff, really believe this fairy tale?

“With respect to this report in particular, it’s pretty clear about what took place here, about Russian involvement in efforts to hack information and to have an impact on American democracy  … this was an aggressive action taken by senior leadership inside of Russia.” 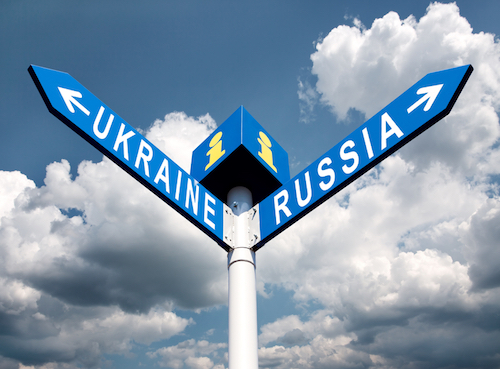 The US has a choice: side with Russia and stop funding strife in Ukraine,
or keep supporting the illegitimate government of Ukraine a la John McCain.

Mixed Messages on Russia #8: Trump’s Own Plans re: Syria

Finally, another confusing aspect has been Trump’s plans in Syria. Will he work with Russia (as he has suggested in the past) or not?

Russia responded to his idea a few weeks ago of safe zones inside Syria, replying that he must have the consent of the Syrian Government under Bashar Al-Assad.

However safe zones have been a trick used in the past by NATO et al in their “humanitarian” attacks and invasions of sovereign nations.

Is Trump trying to appease those around him, including the massive apparatus of the MIC? Or is he strong enough in his convictions about the importance of good relations with Russia? Tell us what you think in the comments below.