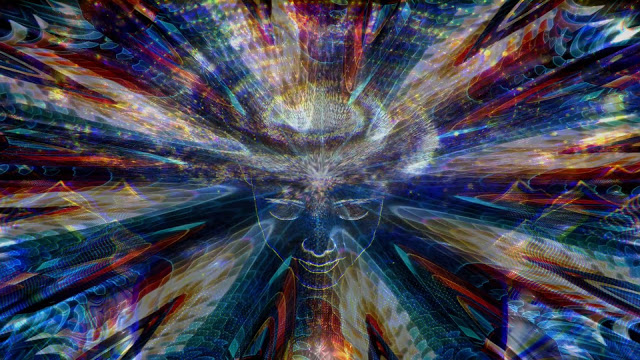 Some modern-day researchers believe that the pineal gland, a small pine-cone shaped organ, situated in the middle of the brain, acts like an antenna for the soul.

In fact, 17th Century French philosopher, Rene Descartes, believed the pineal gland was the “seat of the soul” and that it played an essential role in a soul’s expression.

This mysterious gland may also hold the key for opening a hidden pathway to incredible multi-dimensional communication and psychic abilities.

The pineal gland especially intrigued me after a friend revealed how a head injury she suffered in 2000 completely changed her life. 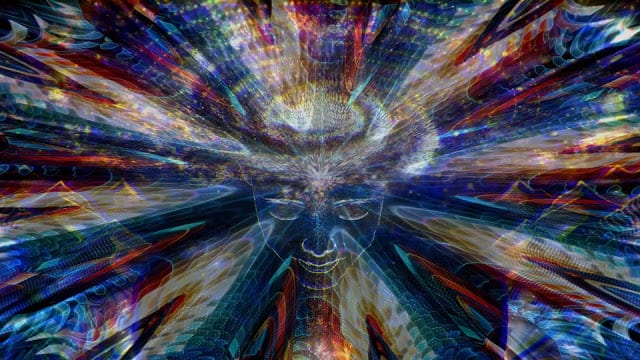 By that I mean, suddenly seeing and communicating with deceased family members, telekinetic ability causing objects to fly across the room when emotionally distraught, a psychic all-knowing about details of stranger’s lives, and an overall feeling like she was losing her mind.

At the time, my friend was a high-powered executive for a multi-national corporation. Her life-changing event occurred while she was leaving work.

Upon getting into her car, she accidentally misjudged head clearance and hit her forehead so hard on the door frame, that she almost lost consciousness.

I’ve done it myself, leaving me with only a nasty bump and no permanent damage, but her injury was so severe it caused her to bleed both internally and externally.

As she related the story, I could see it all happening in slow motion in my mind’s eye. I saw her pineal gland (or third eye) had been pierced from the direct impact and a substance that was not blood, flooded into her blood stream.

Without knowing how, I was certain it was the natural compound or simple molecule called DMT (N,N-Dimenthyltryptamine).

Sometimes I know before I understand, an after effect of my own near-death experience in 2003, so I did some quick research to find out why I was so certain it was DMT which caused my friend to start moving heavy tables around a room without the aid of human hands.

Dr. Rick Strassman, the leading researcher and author in the field of DMT, calls it “the spirit molecule.”

Strassman is sort of the DMT Timothy Leary of our day. His research experiments with volunteers receiving plant-based DMT injections for consciousness exploration are fascinating.

While his subjects reported a wide range of experiences, from alien encounters to visiting other dimensions where the natives don’t seem hell bent on killing each other (like Earth), no where in Strassman’s work does he address DMT’s possible role in the onset of elevated psychic ability due to head injury.

In fact, I could not find anything on the Internet linking these two variables — other than  mainstream science’s acceptance of the fact that head injury can bring on some very strange and unexplainable psi abilities.

My friend describes her post-head injury experience as if there was “no veil” or filters between this world and the next — something I’ve seen in Schizophrenic patients.

Does DMT flooding do this? No one knows why the pineal gland produces DMT and what its true function really is. Yes, it’s a chemical that elicits dreams, influences melatonin production, and even sleep/wake cycles.

But, oddly enough, DMT is also the most potent psychedelic known to man and our brain produces it every day. That’s what one might call a real “head trip.”

What is DMT doing in our bodies? This naturally produced narcotic can be found in human urine, cerebrospinal fluid and our brain tissue. DMT is the simplest of the tryptamine psychedelics and closely related to serotonin.

Unlike other mind-altering drugs, the brain likes DMT and actively transports it across the blood-brain barrier into its tissues. Japanese researchers discovered it is the only psychedelic drug the brain “hungrily” accepts like some kind of “brain food.”

You have got to be asking yourself — what was the intelligent design behind placing a veritable psychedelic drug dispensary in our head?

The relationship between the pineal gland and DMT is intriguing. The human pineal gland is visible in a developing fetus at seven weeks, or 49 days, after conception. This is when male and female gender is determined in the embryo.

An interesting correlation is Tibetan Buddhists believe 49 days is the time required for a soul to reincarnate to the next life.

Strassman reveals there are important life events when DMT plays a key role:

“When our individual life force enters our fetal-body, the moment in which we become truly human, it passes through the pineal and triggers the first primordial flood of DMT.”

As with conception, this flooding of DMT occurs again at birth. When we die, our life force passes through the pineal gland again, releasing the final flooding of DMT.

Strassman likens DMT to a “spirit molecule” but maybe it’s really a spiritual transport fluid for human evolution and/or dimensional transition. This would explain why DMT is elevated in the brain during peak spiritual as well as near-death experiences.

With respect to head trauma induced psychic abilities, perhaps the DMT release valve in the brain is stuck on “free-flow,” thinking its in a chronic death release spiral and, due to injury, doesn’t know how to stop flooding the system with “transport oil.”

This is why psychic abilities are permanent in those with head trauma versus symptoms that quickly wear off within hours after a plant-based DMT injection.

Medical doctors are quick to prescribe anti-psychotics to those exhibiting such symptoms. My friend encountered the same mental health thinking.

Today, she is still “off the charts” psychic, yet not on any medication and still high functioning. She has learned to accept and work with her new abilities through grounding techniques and uses her special gifts to help others.

I’ve always wondered if people naturally born with psi abilities have enlarged pineal glands to start versus the shrunken calcified ones the majority of people have due to hybrid foods, synthetic chemicals, GMOs and the multitude of toxins that pervade our daily life.

The Ancient Egyptians were known for their practices of enhancing the growth of their pineal glands. This tells us that the pineal gland, as we now know it, is not being fully utilized.

If it were, perhaps we would all be psychically tuned in to each other and the very Source of all Creation.

By Dr. Kathy Forti — she is a clinical psychologist, inventor of the Trinfinity8 technology, and author of the book, Fractals of God.

Cannabis May Soon be Used in Stroke and Cardiac Emergencies Previous post
CONFIRMED: Cancer is Entirely a Man-made Disease Next post