Before following through with this article, it is advised that you read Quantum Computing Agenda if you have no fore-knowledge about the relevance of captured data within the ether within the databases of quantum computers.

In order to further bolster the hold that information technology (The Mind) has on the souls of planet earth, a tool was introduced to encapsulate the human experience within a virtual world, to create complete digital accounts of millions of identities.

We seem to believe that there is a separation between different dimensions of what reality consists of, ignoring the law of one as we suit fit for our own agendas.

You are the central character of a theme, a theme of which you accentuate every single second by your attentive “life-giving force.”

A vital question you need to ask yourself, is that of reciprocation. Is what you are brokering your energy for, reciprocating, are you getting something equally back from it, or is it just another form of psychic vampirism?

Intention from an external source can only work via attention. You are always actively being kept in tension by the implanting of thoughts via facebook.

It is a nasty addiction to information, or rather data (26); which is god (26), which is doubt (62), all of which is relativity (Yourself in time via AI Vicariously! Together with the material laws that go together with time!)

God, data, doubt, are all 8 in numerology and forms part of various triple 8 clusters.

In WWE (World Wrestling Entertainment) there was a wrestler called Triple H. H is the 8th letter in the alphabet, and here we now have the hidden duplicity of triple H in the light.

There is no contrast between you and what appears to be you on an application where you are energizing a profile which revolves around the data you associate yourself with.

The more that you energize your identity on a digital platform in a digital format, the more of your energy will keep thoughts alive relating to yourself, relating to form(outsid of the formless) this is obvious, as the 5 senses in the NOW creates THOUGHT by default!

Facebook is a mind-control device because it is programmed to learn what you “like” and what you are “attached” to, in order to shove it in front of your eyes every time that you log in and screen yourself with information.

It does successfully dupe users to keep themselves within time-loops for prolonged periods of time, which basically disables the upward spiraling of consciousness beyond the regulation of statism.

It is a great tool for keeping consciousness in the mind-machine and of course more inside of time where one remains beyond divine intervention, beyond the soul-connection, out of touch with the 5 elements!

Statism: a political system in which the state has substantial centralized control over social and economic affairs.

“Facebook users feel disturbed and even psychologically disrupted when they compare themselves with other friends or people on Facebook. They feel tempted toward brief extracts of other peoples “lives”, based on their highlight reel.

“At the same time, people stuck in their ordinariness succumb to the illusion that things happening in others lives are lacking in their lives. This makes one vulnerable to depression.”

“Your Facebook News Feed is a distraction that probably pulls your attention away from the right tasks you really need to be focusing on towards the wrong task, a rabbithole!

“There is a lot of bogus stuff on the Internet, and we all get fooled every now and then. There are many cases that friends use to try to trick each other with misinformation.”

“If you were in a relationships previously, it can destroy your newly formed relationships by the pictures you posted, status you updated and a lot of other memories you make on Facebook by letting know your previous affairs to your newer partners.

“It’s sad that your Facebook habits may end up hurting your relationship with your partner, your family, as well as your friends!” 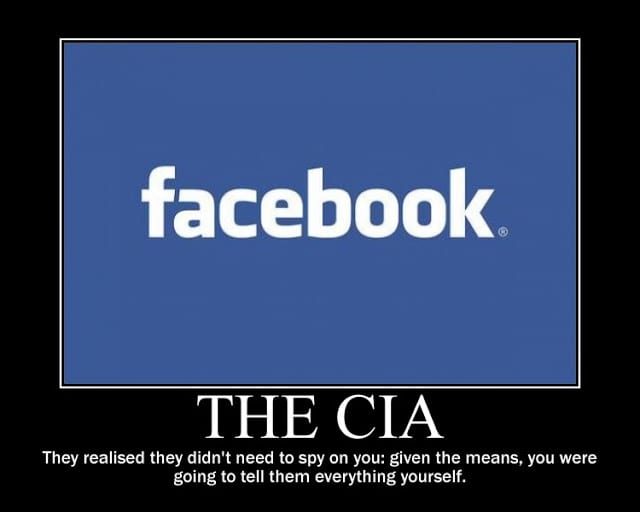 To read more about how teenagers and schoolchildren from Macedonia are getting rich from fake news on the internet, you can read this article from BBC.com.

I have recently also had an interview with Michelle Walling from in5D.com, for anyone interested to hear more about the numerological connections involving god as well as more connections to 911, please support my work by purchasing an e-book copy of Deprogram The Matrix.

Disabling the Power of the Brain

Besides for the incorporated entity you have been sold to via the “birth certificate fraud”, a construct that forms a major part of identity, you have also knowingly or unknowingly sold your soul out to yet another trap in the matrix, the “incorporated digital entity” that facebook uses to make money from, in the form of commodity, that now survives in cyberspace, an AI eidolon that is surviving as a cyber-body of what you have typed into the ether of cyberspace.

How can you enter the NOW when you are reminding yourself every single day of yourself within a story? Within a time-track setup on Facebook?

How can you be centered when you are occupied by numerous headshots that come along with connecting etheric threads?

You will most likely be extremely emotionally involved in this script that has intercepted the lives of millions everywhere.

How do you possibly think you can taste the NOW when you allow yourself to be “there” (in the mind) habitually instead of “here”?

The mind is “there”, which is useless, and this disables the power of the BRAIN that functions “HERE”, instead of THERE, in Cyberspace!

It is well known already how GPS locating systems have disabled our own locating abilities within our brain, this is a physical manifestation of technology in the time-track having absolute power leaving the brain in the now absolutely useless.

This is actually what happens to us the more we depend on information technology, our very selves starts to shut down.

Technophiles in a Technocracy

Facebook is an exact replica of a digital world much like we find in the matrix self, except, for this sub-matrix, it exists on screens only, which is probably the biggest source of reality for everyone part of this technological spectacle.

It dominates the lives of the new-world human-being technophile, that is actually unconsciously playing second best to a technocracy.

Facebook contains its own timetrack of past/present future, and everyone on it is energizing what they believe to be real regarding that which they see everyone else is up to.

It is probably a reality which contains more of consciousness than what we perceive in the real world where most souls are completely absent due to the cyber-connection dictating the dream-connection/paradise.

What’s on your mind? Facebook will make sure to dictate that when you use it!

What is the implication of artificial intelligence vicariously embodying yourself in cyberspace? Think about that.

This is a vital question one needs to ask, and as well, how would your life have been if you had never used this social engineering operating engine? A matrix within a matrix? A sub-matrix.

“If technology is a drug – and it does feel like a drug – then what, precisely, are the side effects?” — Charlie Brooker, creator of the anthology series Black Mirror.

Are you funding a MENTAL I with your energy? Are you divided between two worlds due to facebook?

It has created the utmost extreme of fundamentalism we have witnessed so far in the evolutionary course of planet earth.

From diet fads to political ideologies, the psychological disaster that facebook has caused to the heart center of planet earth is catastrophic.

It directly energizes all that which is mind-based and time-based, allowing the virus of AI to remain well and healthy! Disconnecting heart and Earth.

Fundamentalism: strict adherence to the basic principles of any subject or discipline.

Only God/data/doubt builds an illusion. You are a bit more than god, and you have no need to build or construct anything, as you are supposed to be everything and everywhere already, but you need to learn this year what is severing your access to this cosmic consciousness, the all knowing state, which is distorted via thought!

The time has come to clean up our mistakes and to step into a space where we know our most natural state resides.