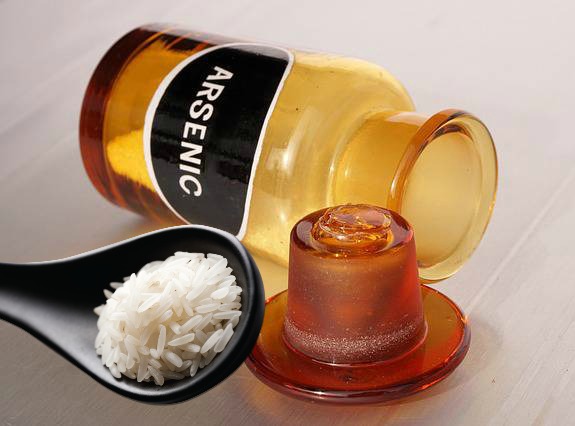 How to Get Arsenic Out of Your Rice

When you think of the heavy metal arsenic, does it make you think of an old Cary Grant movie or a 48 Hours Mystery?

Or perhaps more recently – making an unfortunate appearance in gluten-free diets everywhere. That’s because arsenic is in our environment and gets soaked up into rice like a straw as it is grown in flooded fields.

Be aware that this typically happens from large doses in the body such as through well water, pesticide exposure or an intentional poisoning. Yet, arsenic is very toxic – in the European Union, arsenic is classified as a category 1 carcinogen. 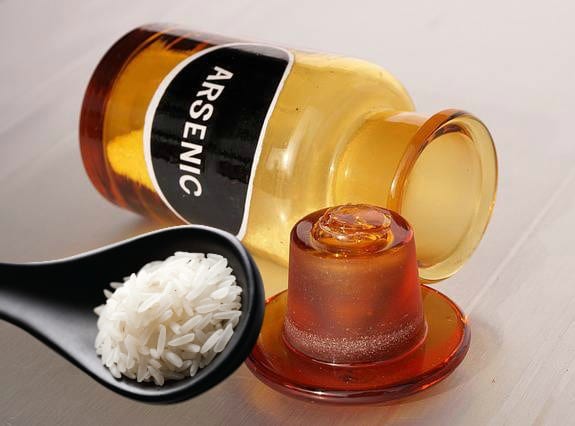 The FDA even warns that inorganic arsenic in infant rice cereal should never go above 100 parts per billion (PPB). Foods with the highest levels of arsenic include chicken and rice – a menu staple in many countries.

In chicken, the arsenic comes from the antibiotics in chicken feed and can be avoided – but arsenic is pretty snug within the rice itself.

Recently, we showed you how to make tons of fluffy rice with a slow cooker – but it looks like we’ll have to insert a caveat, because there are some important rules you need to know about rice and its arsenic content.

BBC aired an episode of Trust Me, I’m a Doctor that dealt with this very issue.

Here is what Prof Andy Meharg from Queen’s University, Belfast, knows about some shocking stats about levels of arsenic in rice (Source):

Here are some percentages of arsenic in rice: 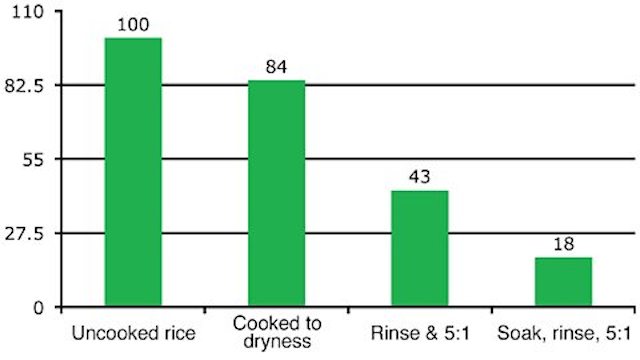 Good News – You Can Get Arsenic Out of Your Rice

The following tips are counterintuitive, but could reduce the arsenic levels from now on:

I haven’t tried this method, so I’m wondering if it would be very watery tasting. Perhaps placing the rice back in the sauce pan or slow cooker would help boil off the remaining moisture.

Water savers beware – the drained arsenic water should not be used for any other purpose – especially not in the garden!

This is yet another reason to eat organic produce – wastewater and sewage that go down the drain are eventually repurposed on conventional crops, probably continuing the lifecycle of arsenic.

The DuPont Bloodline: A Dynasty of Satanic Royalty Previous post
This South American Population Has the Healthiest Arteries in the World Next post