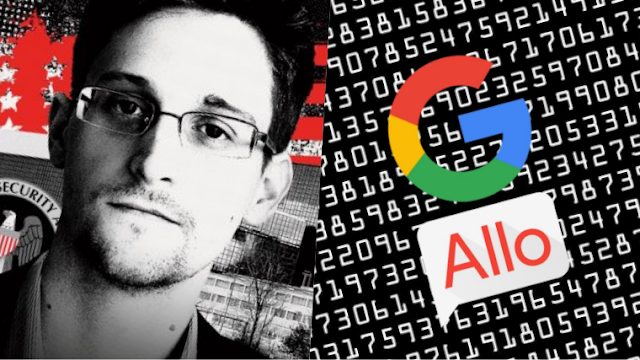 Snowden Issues Warning: Do Not Use Google’s Messaging App Under Any Circumstances

Unless you want law enforcement to be able to trawl all your communications, don’t — under any circumstances — use Google’s newest messaging app, Allo, Edward Snowden just warned.

“What is #Allo? A Google app that records every message you ever send and makes it available to police upon request,” the whistleblower advised in a tweet.

Google had earlier claimed it would include end-to-end encryption, “storing messages transiently and in non-identifiable form,” similar to its prospective primary competitor, WhatsApp.

However, the company announced drastic anti-privacy changes on Wednesday — the very day it rolled out the app. 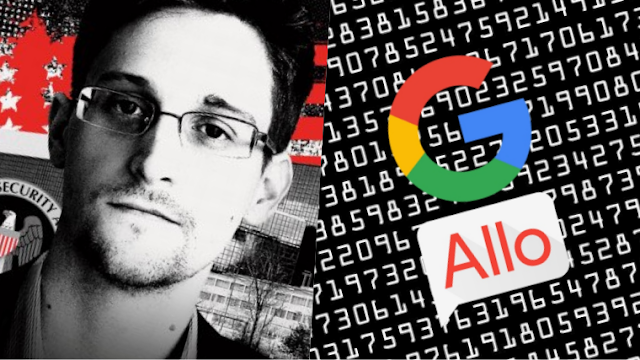 When users remember to begin a conversation in “Incognito Mode,” as can be done for Google searches, their conversations won’t be stored indefinitely, as it still provides end-to-end encryption.

But conversations not expressly begun that way will be stored forever, where they would be available for any law enforcement body requesting the information.

What is #Allo? A Google app that records every message you ever send and makes it available to police upon request. https://t.co/EdPRC0G7Py

As Snowden pointed out, anyone thinking it would be difficult for police or, say, the Department of Homeland Security, or National Security Agency to get their hands on these communications should think otherwise.

In 2015, the Guardian reported this April, the U.S. Foreign Intelligence Surveillance Court (FISC) — the secret court ostensibly overseeing domestic spying, which rules on the validity of requests by the FBI and other agencies to gain access to people’s data — did not turn down a single request of nearly 1,500.

“The court received 1,457 requests last year on behalf of the National Security Agency and FBI for authority to intercept communications, including email and phone calls, according to a Justice Department memo […] The court did not reject any of the applications in whole or in part, the memo said,” according to the Guardian.

Thinking about #Allo? Last year, our secret court approved 100% of requests for surveillance. They would cover Allo. https://t.co/oYtc3Pu8tx

While the latter “answers questions and helps you search for things directly in your chat,” as RT reports, the former employs artificial intelligence in order to predict answers to make responding as simple as pressing a button.

However, therein lies part of the privacy concern — that convenience comes with an asterisk in bold.

“How does Allo plan on predicting your every word and witty emoji, you ask? ‘The more you use it, the more it improves over time,’ which basically means they’ll collect and store as much of your data as possible and then use artificial intelligence to guess your replies,” Zero Hedge writes.

As The Verge reported last week, Google opted to forego (our already ever-dwindling) privacy in favor of improving the Smart Reply feature, since artificial intelligence perform better when it has more data at its disposal.

And that, of course, is key to Snowden’s and privacy advocates’ concerns. The more data Google collects, the more would be available to the increasingly erratic and paranoid government that would otherwise have you believe you have nothing to worry about if you’ve done nothing wrong.

Just because you aren’t engaged in criminal activity or planning a terrorist attack doesn’t mean the government wouldn’t love to know everything about you.

Environmental activists, for one of many examples, are considered in the State’s notoriously-inclusive watchlists to be as dangerous as radicals fighting for the Islamic State.

Even those who don’t consider themselves politically or otherwise active might want to consider whose eyes are peering into their lives.

It’s doubtful anyone would invite a Google techie or a cop to physically sit and watch everything they do — but if you plan to use Allo, in essence, that’s precisely what you’re doing.