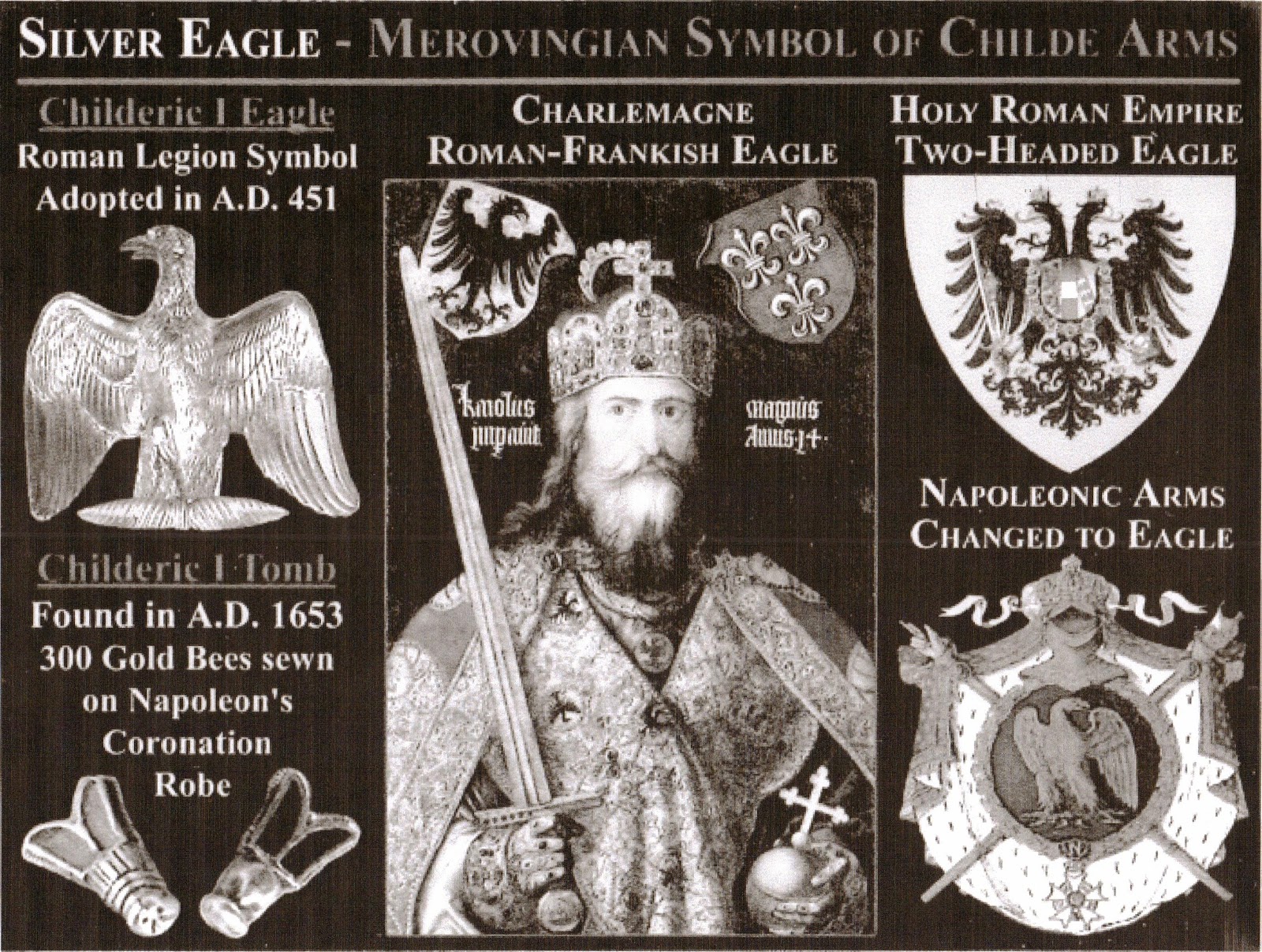 The Merovingian Bloodline: One of the 13 Satanic Bloodlines that Rule the World

Based on Christian Illuminati researcher Fritz Springmeier’s book “Bloodlines of the Illuminati.”

In my writings this bloodline has been interwoven into the text of many articles, but it hasn’t been singled out very much.

Although a great deal has been mitten by this author on this final family, to pull out articles which concentrate on it solely is difficult.

After assembling some pages on it, a few words of explanation were still needed. 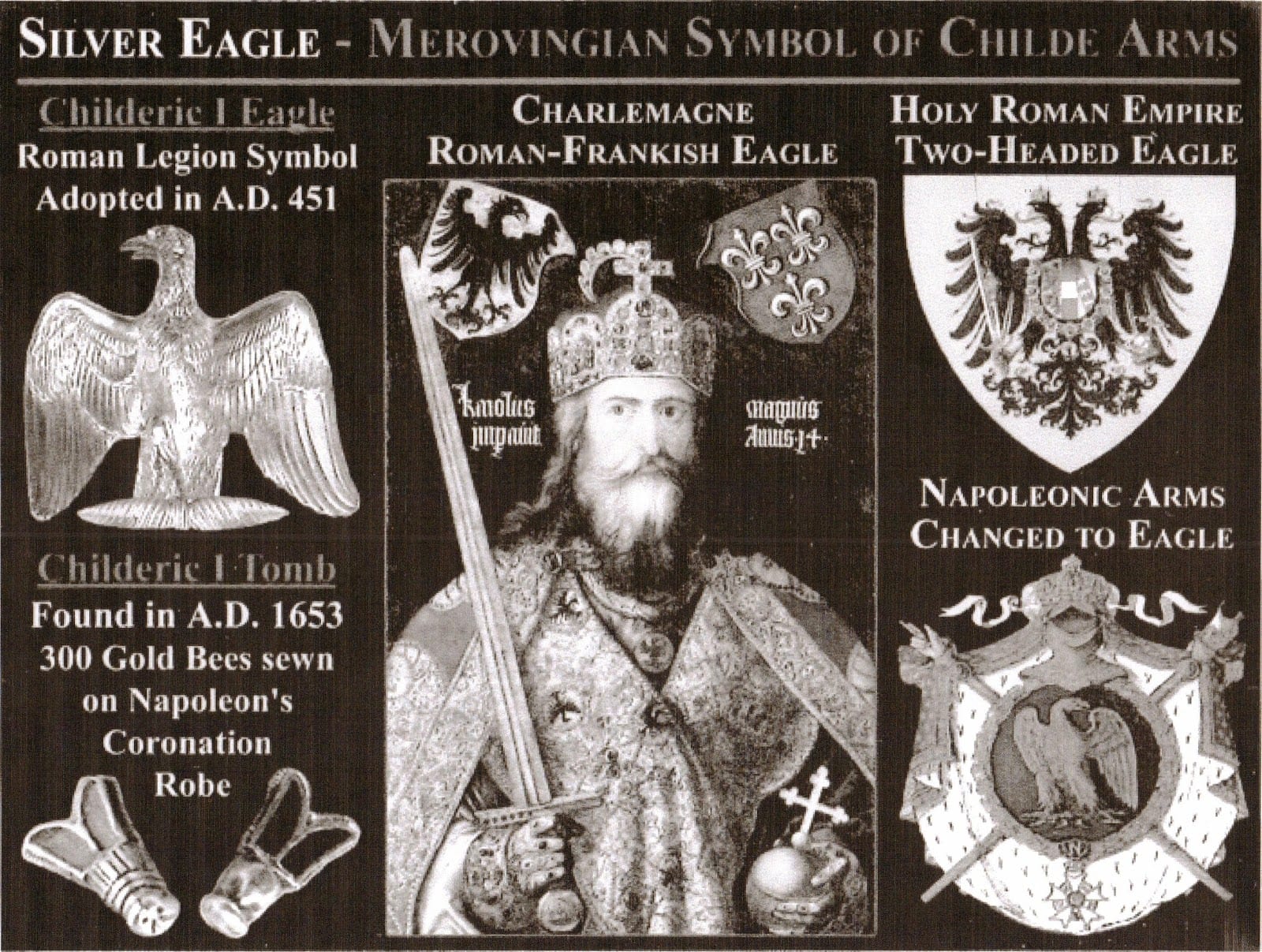 Allow me to briefly explain those items which were selected:

The Merovingian bloodline (European “royal” families) is harder to track because it weaves in and out of the other 12 bloodlines.

There are many surnames which are part of this bloodline (Including the Smith family), however I can give one very prominent one, the Sinclair family.

The 13th Illuminati Bloodline is where the Anti-Christ will come from. This bloodline believes that it has both the Holy Blood of Jesus and the blood (or seed) of Satan in its bloodline.

In my Be Wise As Serpents book, I make reference to this bloodline but I never really took the time to explain it completely. In fact I don’t fully understand this bloodline myself.

I encourage those who want to learn more about this bloodline to study the following books:

This bloodline is so extensive in its many branches that its membership takes in many of the Presidents of the United States, including George Hush and George Washington.

Within the Illuminati rituals, the emphasis of the 13th bloodline is that they are the seed of Satan.

As their secret story goes, they are the direct descendents of Jesus’ spiritual brother Lucifer.

Since the Freeman family and the Rothschild family have members who are also in the 13th bloodline, It is unclear to me how interwoven the “seed of Satan” is.

Some of the earliest attempts to trace the seed of Satan were some books which did extensive research on the Tribe of Dan and the descendents of Cain.

“The Curse of Canaan” is an interesting book along with its mate The World Order by Eustice Mullins.

One of the books which I looked with difficulty for before finding it, was Gerald Massey’s A Book of the Beginnings (Secaucus, NJ: University Books, Inc., 1974.)

The book goes in and shows in detail how the inhabitants of the British Isles came originally from Egypt.

This is Important because (as this newsletter has always contended) the Druidism of the British Isles was simply a derivative from the Egyptian Satanic witchcraft/magic of Ancient Egypt.

The Egyptian word Makhaut (clan or family) became the the Irish Maccu and the Maccu of the Donalds (clan of Donalds) now reflected in the name MacDonald. The sacred keepers of the Clan-Stone in Arran, were also known by the family name of Clan-Chattons.

Another word for clan is Mack and the Clan-Chattons were also known as Mack-Intosh. Ptah-rekh the name of the Egyptian god Ptah was passed down to us by the Druids adopting the name Patrick, which sounded similar.

St. Patricks day then is a Christianized form of a druidic holiday which originally had its origins in Egypt.

The All-Seeing Eye can be found on ancient buildings in ancient Chaldea, in ancient Greece, and in ancient Egypt. The MI-seeing eye represents Osiris. Osiris had debauched revelries (saturualias) celebrated in his honor.

The temples in Arabia clear back in the time that Moses had his black father-in-law Jethro used the all-seeing-eye to represent the false satanic trinity of Osiris, Isis and Horus of Egypt. This MI-Seeing Eye pops up everywhere the Illuminati has been.

In the Winter Palace Square in St. Petersburg, Russia is that Illuminati all-seeing eye on top of a pyramid. You will also see it in the old Mexican Senate Building which is now a museum in Mexico City.

You will find this on the back of our one dollar bill, and you will find the all-seeing eye was placed on Ethiopian stamps when they got a communist government in power.

Just how the House of David (the Satanic one) and the Holy Blood of the 13th family fit in with everything else in history I can’t say. I’m sure It would be a big story to tell if I knew.

But I do feel that somehow the 13th Illuminati family does goes back to ancient times. Is this via the Tribe of Dan or via some Druidic bloodline or is it via the Merovingians or is it via all three’ And where do the Guelphs and Black Nobility fit Into this?

Whatever the case, the 13th bloodline has amassed a great deal of power and wealth on this planet. The 13th bloodline lacks nothing to bring forth their Anti-Christ who will appear to have all the correct credentials.

I would not even be surprised if their Anti-Christ in order to appear real will expose another Anti-Christ. The 13th bloodline has kept its genealogies very secret. I would welcome more Input from informed persons about this bloodline.

The tribe of Dan left its calling card all over Europe as it migrated west in the names of many places. The tribe of Dan ruled the Greeks, the Roman Empire, the Austro-Hungarian empire and many others which used the eagle as its logo.

Great Britain is the mother country of Satanism.1 Scotland has long been an occult center. The national symbol of Scotland is the dragon (the snake), and for years the chief of Scotland was called the dragon.

The Gaelic language is an important language for Satanism, although English and French are also use extensively by the Illuminati.

The planning sessions for world takeover that some ex-Satanists experienced were held in French. The British Royal Family have long been involved with the occult.

For more information on this there is a detailed examination of the Royal family and the occult in the book The Prince and the Paranormal – the Psychic Bloodline of the Royal Family by John Dale (1987).2 They have also been actively involved with Freemasonry. (See the chart.)

British MI6 has been a major vehicle for the Satanic hierarchy working behind the secret veil of Freemasonry to control world events.3

British MI6 is the most secret intelligence organization in the world.4

(It is properly known as British Secret Service not to be confused with the U.S. agency by that name but performing a different function entirely.)

The British Royalty have served as important figureheads to British Freemasonry lending credibility and respectability. British Freemasonry has managed to keep itself free of much of the criticism that the other national masonic groups have brought on themselves.

But, the lower level Masons by their dues and activities are unwittingly supporting an organization that is led by Satanists at the top.

An example of the subterfuge constantly exercised on the public by Freemasonry is a book purportedly written by a non-Mason entitled The Unlocked Secret Freemasonry Examined. The book portrays itself as an unbiased and complete expose of Freemasonry.

The book states unequivocally that the Masonic order called Societas Rosicrucian in Anglia (sic] is only open to Christians and is a “Christian Order.”

However, Edith Star Miller reprints copies of a number of letters from the chief of the Societas Rosicruciana in Anglia which show that the English Grand Masonic Lodge, the SRIA, the OTO, and the German illuminati are all working together.5

McCain: 'The New World Order is Under Enormous Strain' Previous post
The Onassis Bloodline: One of the Satanic Bloodlines that Rule the World Next post