The Most Shocking Revelation from the CIA Spying Scandal

It happened again – another spying scandal in the Land of the Free.

These files reveal that the CIA can and has hacked devices that were supposedly secure – iPhones, iPads, and Android devices.

The documents further reveal that the CIA is deliberately infecting personal computers with spyware, including Windows, Mac OS/X, Solaris, Linux, and other operating systems. 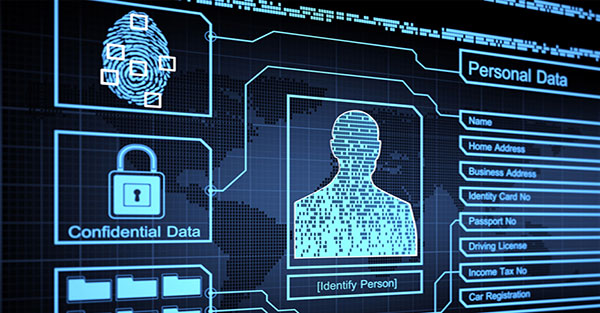 They’re also hacking WiFi routers to deploy software that monitors Internet activity, and have even figured out how to bypass anti-virus software so that their spyware cannot be detected.

They’ve also managed to make the rest of the world believe that Russian hackers, not the CIA, are behind all this malware and spyware.

It’s like a restatement of that old Mission: Impossible line – “Should any of your IM force be caught or killed… we’ll blame Russia.”

The CIA is pretty shameless about its activities, nicknaming its various hacking programs “Assassin”, “Medusa”, and “Brutal Kangaroo”.

One of the deepest revelations is that the agency is able to hack Internet-connected televisions, including Samsung smart TVs, through a program called “Weeping Angel”.

Basically the CIA can turn your TV into a listening device, recording conversations in the room and transmitting the audio to a CIA server.

Even if you think the TV is off, it’s not.

CIA hackers have been able to spoof the on/off display and set the television to a “false off” mode.

Bottom line, no device that’s connected to the outside world is truly safe.

And future Wikileaks publications may show that the intelligence community is hacking home automation devices, Internet-connected automobiles (including driverless vehicles), and artificial intelligence like Amazon’s Alexa.

It’s hard to be shocked at this point that the government is spying on its own allies and citizens.

This is just the latest in a pattern of brazen surveillance and flagrant Constitutional violations on the part of the US intelligence community.

But that’s precisely what I find MOST concerning – the LACK of concern over these new CIA documents.

People have such a low expectation of their government now, and have become so accustomed to the government routinely violating their civil liberties, that there’s hardly any public outrage anymore about these spying scandals.

More importantly, the lack of concern is indicative of what freedom means in the Land of the Free today.

Young people are traditionally the most politically charged activists in the country.

But where are the protests across university campuses demanding freedom and privacy?

That’s because university students are too busy protesting against ideas they don’t want to hear about.

At Middlebury College last week, a small liberal arts school in Vermont, a small mob of student protestors physically assaulted a conservative speaker because his ideas offended them.

They couldn’t simply skip the lecture and allow interested students to attend.

No, they had to engage in violent censorship, oppressing any idea that doesn’t conform to their narrow agenda.

The only thing these cry bullies are interested in hearing is apologetic white men groveling over their privilege.

This is the new reality in the Land of the Free: freedom has deteriorated into some gender studies professor’s socialist fantasy.

And the Fourth Amendment, which establishes “the right of the people to be secure in their persons, houses, papers, and effects against unreasonable searches and seizures,” has become a distant memory.

As a child who grew up in the 80s during the height of the Cold War, I imagine there would have been widespread disgust if a similar scandal had been exposed.

Spying on citizens and allies? That’s what the Soviet Union did.

But today, everything else is more important.

This is what dominates the social conversation now in the Land of the Free.

After all, people narcissistically upload their entire lives to social media (as if anyone cares what they’re having for dinner) so that Mark Zuckerberg can auction off our details to the highest bidder.

And it is precisely this decline that I find most disturbing.

This is dangerous logic, for so many reasons.

Even the use of the word ‘hide’ is ridiculous… as if the fact that I don’t upload photos of my nether regions to Instagram means that I’m “hiding” something.

We all keep things private. It’s why we wear clothing, don’t discuss our personal finances in polite company, and worry when our social security number is stolen.

But more importantly, if it doesn’t matter that the CIA is monitoring people’s most intimate moments, then does anything matter?

They keep moving the line, probing deeper and deeper into our lives and enveloping the nation inside an Orwellian surveillance state.

And it doesn’t stop… because we’re in the midst of a complete breakdown of western values.