We need to talk. You have got to stop sending children out to dance in public in their underwear.

Maybe you’ve added some rhinestones to that underwear or maybe you’ve strategically placed a piece of chiffon somewhere but come on…underwear is underwear and we all know it.

And Dance Parents, you shouldn’t allow your children to do this, even if your Dance Teacher thinks its okay.

I go to dance recitals and competitions and feel like I’m in “The Emperor’s New Clothes.” Surely I’m not the only adult among the hundreds in attendance who thinks it’s inappropriate to send kids on stage to dance in their knickers. Am I?

You may be wondering what qualifies me to state such an opinion, so here are my credentials:

Surely this sufficiently convinces you that I’m an expert on the topic of dance competitions…but I have been called an opinionated know-it-all before so feel free to disregard my impressive resume and chalk this up to me being obnoxious.

It won’t be the first time I’ve stated a strong opinion that I was convinced was irrefutable only to have people tell me I’m being an jerk.

I am not a prude. If you know me, you know that I excel at cussing and have strong liberal leanings. I have an open mind about most things, particularly the arts.

But as the years have rolled along, I’ve watched kids’ dance costumes get smaller and smaller and  now… well, costumes seem to have disappeared altogether, replaced by what they call “hot shorts” or “bloomers” worn with what appear to be bras from Victoria Secret while they are performing for an audience, under the glare of stage lighting.

I’m not sure what I find the most objectionable – sending 8-year-olds out onstage dressed like this or sending 17-year-olds in this attire.

Maybe Dance Teachers think they are costuming their students like the people they aspire to be…perhaps Misty Copeland or Beyonce.

So, I offer you Exhibit A: 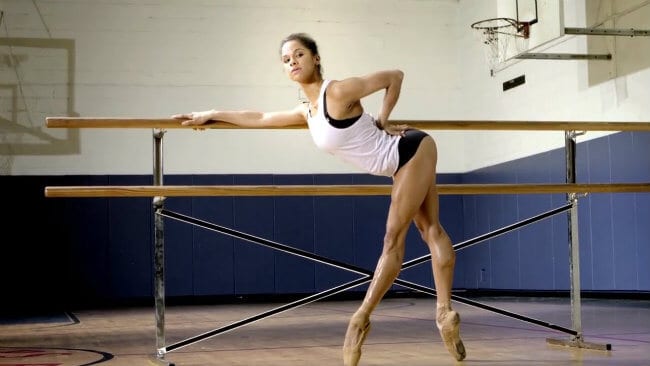 Misty Copeland is not covered up in this photo or in the incredible commercial she filmed for the Under Armour campaign. But…

And take Exhibit B: 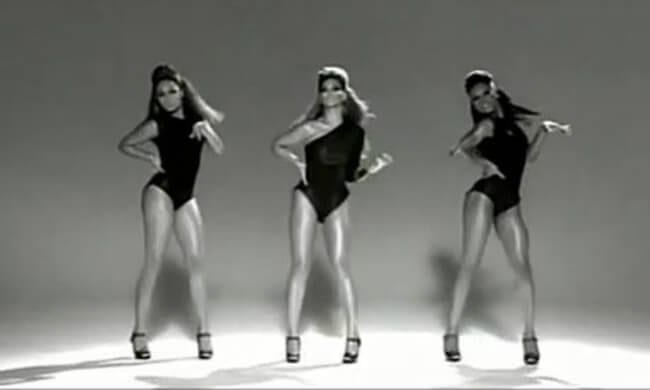 [Beyonce]… isn’t wearing much in this photo. But:

I’m guessing that even Mrs. Carter would Exhibit C objectionable: 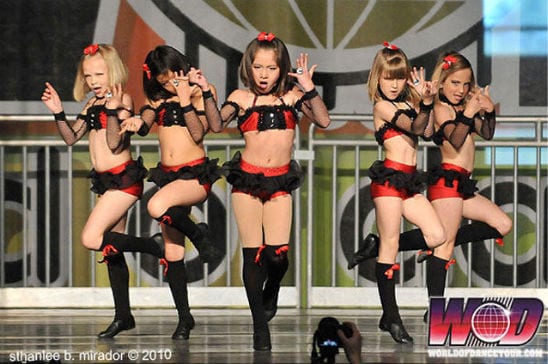 I could go on and on about this picture and the dance these 6-years-olds performed, which nearly blew up the internet when the video went viral a few years ago.

This specific dance and the controversy around age-appropriateness was a hot topic back in 2010 on Dr. Phil, with Anderson Cooper and with many other reputable journalistic outlets.

Related: Our Children Are Being Satanically Sexualized by the Pedophile “Elites”

But I’m just focusing on the costumes right now.

I’ve seen dozens of teenagers dancing in “costumes” like Exhibit D (which is featured in an online dancewear catalogue) at competitions and recitals: 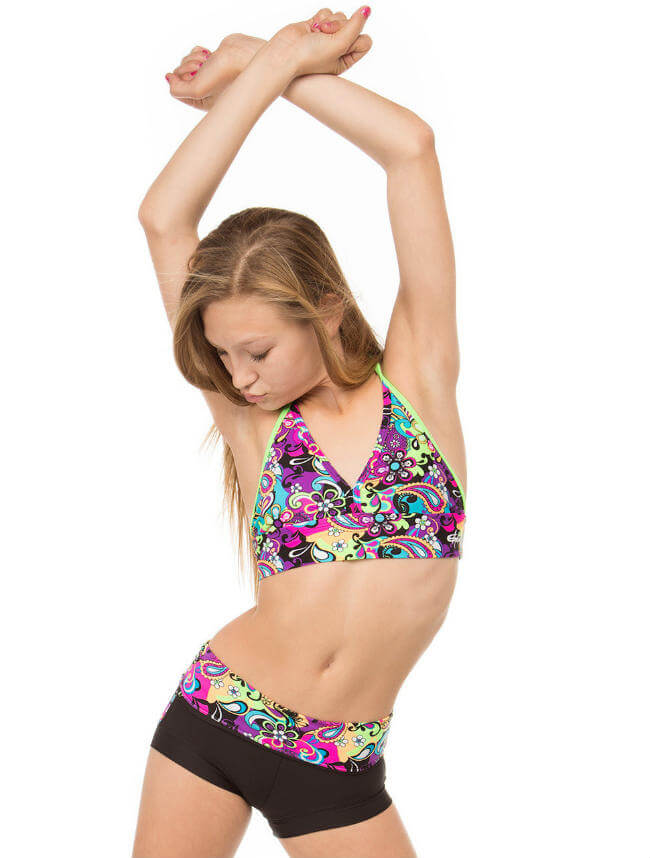 See what I mean? She might as well be naked. But she’s a professional model, she is in a rehearsal space, there’s no one else in the photo and the catalogue calls this item “activewear,” perfect attire for dance class, yoga, pilates etc.

It is important for dancers to be able to see their bodies, to check their turn out and lines while taking class in front of unforgiving mirrors. Dance class is one thing but in front of an audience? I vote no.

This trend seemed to start when young dancers stopped wearing tights. But you can dance barefoot while wearing footless tights, you know. And at least tights would add a layer.

I sat next to a man at a competition recently and he told me that he couldn’t watch dancers dressed like this – said it made him extremely uncomfortable so he scrolled through Facebook during these numbers. His daughter is only 7…by the time she’s a teenager, they may just be wearing a thong and pasties.

I thought costumes were supposed to enhance a dance piece or advance the story of the dance.

Now, I realize that there are categories of people who perform in public wearing in very little clothing – like track and field stars or gymnasts. They are wearing garments that are aerodynamic and help improve their speed or they are wearing leotards because anything else would get tangled up on the uneven bars.

Of course, dance teachers have to insure that the costume they select won’t trip up their dancers or impede their movement. But there’s a line of good taste and I hate to be the one to tell you but Dance Teachers, you have crossed that line.

So, Dance Teachers, please rethink your costuming choices. And Dance Parents, please voice your objections to costumes like these, if you have them.

Manchester Attacks: Authorities Rehearsed Attack Weeks Before Previous post
This Child Claims He Lived On Mars in Previous Incarnation and 'People Like Us Still Live There' Next post