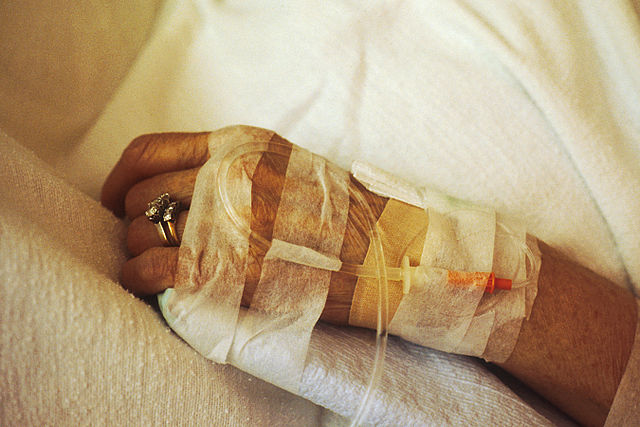 If Chemotherapy Fails 97% of the Time, Why Do Doctors Recommend it?

Cancer is the second leading cause of death in the United States. According to the National Institute of Health, around 1,658,370 new cases will be diagnosed and 589,430 people will die from cancer in 2015.

While most conventional cancer treatments revolve around a mix of surgery, chemotherapy and radiation, some people question their efficacy — particularly chemotherapy.

In the following videos two naturopathic doctors make the argument that in many cases, chemo does more harm than good.

In the first video, Peter Glidden, BS, ND, brings up the relationship between cancer and monetary profit. 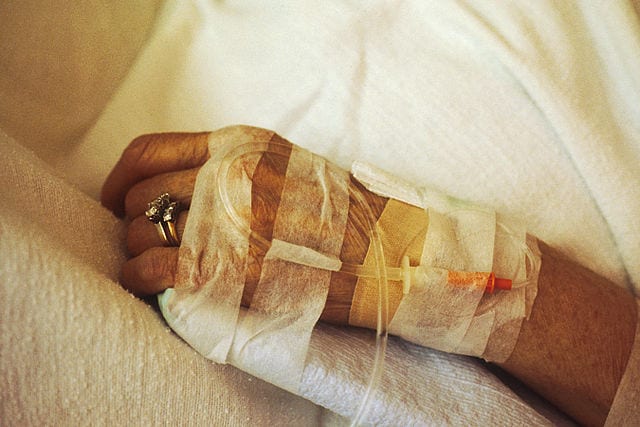 Glidden, author of The MD Emperor Has No Clothes, cites a study published in the Journal of Clinical Oncology, which found that over a 12-year period, chemotherapy did not cure adult cancer 97 percent of the time.

“Why is it still used? There’s one reason, and one reason only,” Glidden says in the video. “Money.”

He points out that while doctors don’t get direct kickbacks for prescribing most medications, chemo drugs are unique in that the doctors purchase them from the pharmaceutical company and then sell them to patients at a profit.

“Chemotherapeutic drugs are the only classification of drugs that the prescribing doctor gets a direct cut of,” Glidden says.

In their conclusion, the researchers stated: “it is clear that cytotoxic chemotherapy only makes a minor contribution to cancer survival.”

He cites this issue as just one example of a so-called healthcare system that prioritizes profits over human wellness.

“This is the tip of the iceberg of the control that the pharmaceutical industry has on us,” says Glidden.

“Medicine in the United States is a for-profit industry. Most people are unaware of this, and most people bow down to the altar of MD-directed high-tech medicine.”

“If you have a garden with flowers and bushes and trees and grass, and some weeds, you come with Agent Orange and kill it all off, and now it’s all dead, and you hope only the good stuff is coming back,” Coldwell says. “They bombard the entire system and then they say the cancer is in remission.”

He notes that statistics on the effectiveness of cancer cures refer to survival rates after five years.

“You killed basically every bioelectrical and biochemical function in the body,” he says. “Since nothing works anymore, for three years, you have no cancer, you’re cured. You’re just dead in five years.”

Coldwell claims that radiation can cause similar harm.

“It’s an assault with a deadly weapon,” he says. “When you radiate someone, it’s causing scars. A scar can never turn back into healthy tissue.”

The problem, he says, is the way doctors are trained.

“No medical doctor ever learns about curing anything,” says Coldwell. “They learn about chemical intervention or surgery to suppress symptoms. They don’t go for the root cause.”

He points out that doctors have high rates of suicide as well as alcohol and drug abuse.

“These poor guys figure out over time that they have no tools and that they are murdering, and [have] murdered, their patients,” Coldwell says.

“You go into the medical profession, the first year, the first two years, you’re really excited, you’re really in it, you’re giving your all, until you find out no matter what you do the patient gets worse, or they cure themselves.”

“These poor doctors figure out they cannot help,” he says. “The medical profession is a religion.”

How the Cancer Industry Deceives You with Cancer Drugs (Documentary)

By Aaron Kase, Guest author / Peter Glidden book, The MD Emperor Has No Clothes, is available on Amazon.com

Pope Admits Priests Have Raped Thousands of Children Without Punishment Previous post
Switzerland Completely Abolished Mammography Screenings: Here’s Why You Should Probably Never Get One Next post