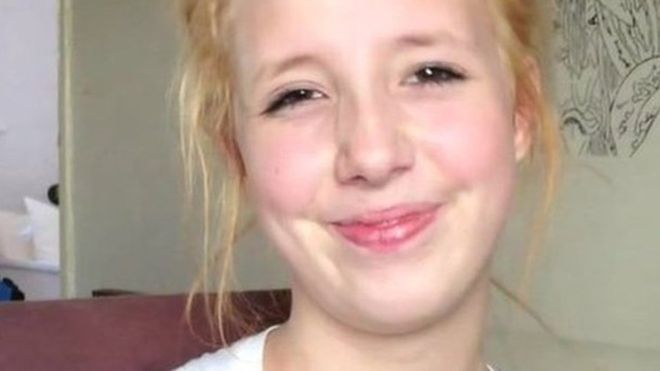 1. A photo of a girl murdered in 2013 has been circulated in a fake list of those missing after the Manchester explosion.

Twenty-two people were killed and 59 injured in a suicide attack at Manchester Arena on Monday night at an Ariana Grande concert.

The mother of Jayden Parkinson said she was unhappy her daughter’s image had been posted alongside images of other people alleged to be missing.

Jayden, 17, was strangled by her ex-boyfriend in Oxfordshire. 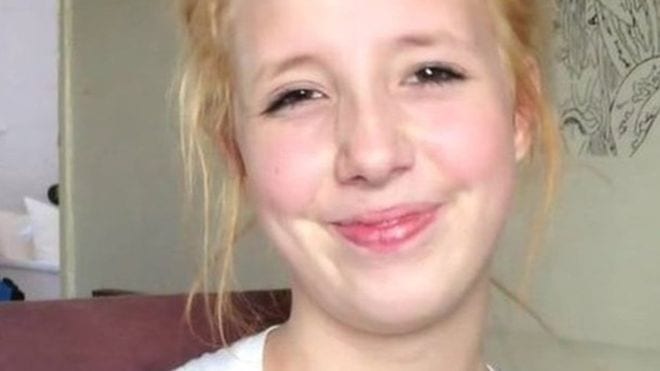 “She was killed almost four years ago not last night, not happy,” Samantha Shrewsbury tweeted, after seeing the picture on an online newspaper article.

“Why is my MURDERED daughter’s picture being used in a collage of pictures of children missing dead after last night terror attack?” she asked.

Jayden’s photo has been shared as one of the missing people from the Manchester attack
Speaking to the BBC, she said: “It is horrible to see her photo being used in this way.

“I feel sorry for the genuine parents of missing children.

“The collage is still being retweeted… I can’t figure out who made the collage and why they would include my daughter’s picture in it.

“We are still trying to get to the bottom of this.”

Several images circulating online after the Manchester attack have been identified as fakes.

Jayden was found in the graveyard of All Saints Church in Didcot, Oxfordshire, in December 2013.

She had been killed by Ben Blakeley, 23, from Reading, and hidden in his uncle’s grave. Blakeley was jailed for life in 2014.

2. Mexico-based journalist Andrea Noel also had to deny that she was missing after her picture appeared in the same collage. 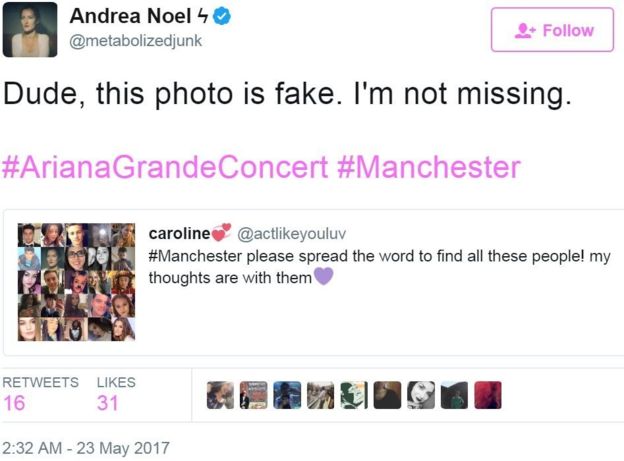 3. Another Twitter user shared the following image of his “little brother Frank” saying he was missing after the concert. 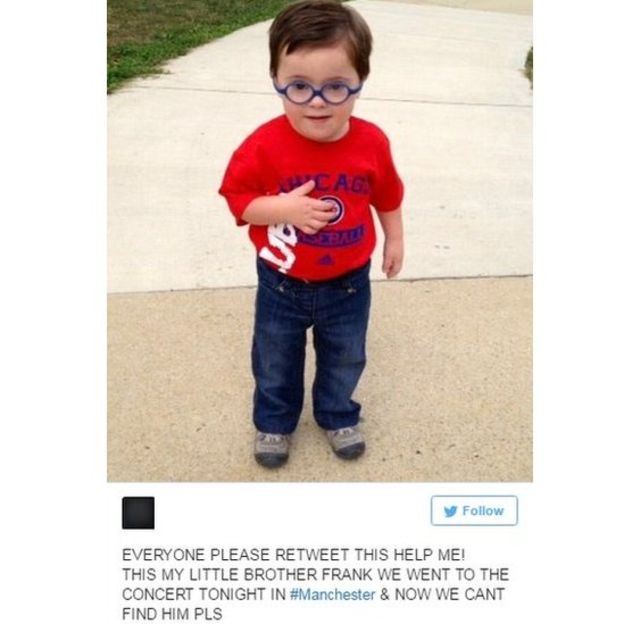 However, some who commented on the post pointed out that the image was taken several years ago and was of a young boy who modelled for a fashion line for people with Down Syndrome.

4. Another widely retweeted image belonged to a user who claimed his brother and sister were missing.

The image shared appeared to be old while another Twitter user claimed it was of younger version of himself adding:

“I assure you that I am alive and well.”

5. YouTuber TheReportOfTheWeek was also said to have been missing after the attack.

“Some people propagated a certain rumour claiming I was a victim of an attack in Manchester at the Ariana Grande concert. I’m just making this video to let you know I am indeed alive well and okay here in the United States, not the UK. This was unfortunately just an effort done by various trolls…”

Sources: BBC.com; BBC.com / *We have chosen to delete some of the images and profiles of accounts circulating fake images to protect the identities of those whose photos are being shared*