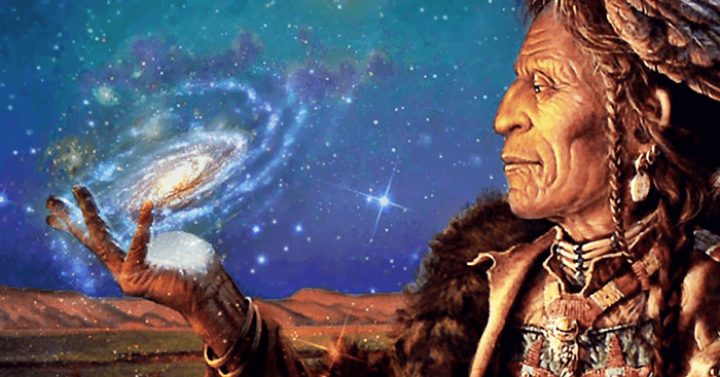 How Our Ancestors Cared for the Universe

You are not IN the universe, you ARE the universe, an intrinsic part of it. Ultimately you are not a person, but a focal point where the universe is becoming conscious of itself. What an amazing miracle. – Eckhart Tolle

Our Responsibility Since Creation

Ancient wisdom holds that humans were created to be the caretakers of the Earth. 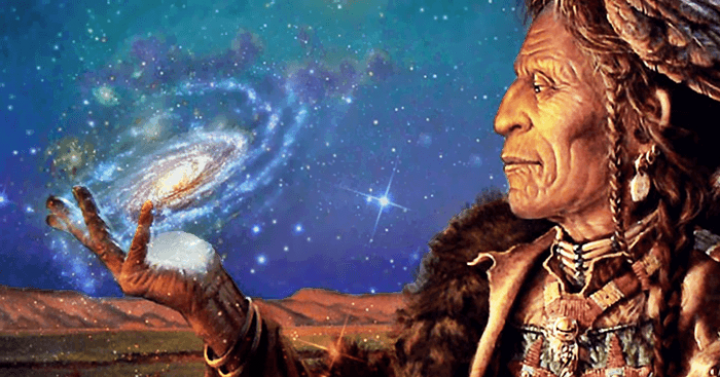 We were placed here on this planet in order to care for its plants and animals, to protect its natural beauty, to show respect and gratitude for all the abundance that the Earth gives us every day.

Scientists are discovering now that everything in the Universe vibrates at one frequency or another. That includes human beings.

Think of your heartbeat, your breathing, your cycles of waking and sleeping. These are vibrations.

All things vibrate differently, so we may not be able to sense the vibrations of a rock or a tree as easily as we can feel the natural rhythms of other creatures similar to us: The heartbeat of a dog, the pace of a galloping horse, the buzz of a bee.

Ancient wisdom, and many indigenous people today, bear witness to the fact that even inanimate objects have vibrational energy.

Even modern scientific findings, such as superstring theory, support the idea that vibrations are at the core of all existence.

The vibrations are there, but in modern culture we are not taught to hone the senses that can detect this type of energy. And so for most of us, it goes unnoticed.

But if we stop and think for a minute, we can begin to recognize the ebb and flow of the natural world all around us.

Flowers that open and close, cycles of birth and death, the tides, the migration of birds, weather patterns cycling from sun to rain and back to sun, the seasons, the orbit of the Earth around the Sun, even the expansion and contraction of the universe — all of these are vibrations, on smaller or larger scales.

Arkan Lushwala, in his book The Time of the Black Jaguar, states:

[Humankind was created] with the mission to care for the rest of Creation through the power of their heart and their capacity to produce refined vibrations. (…)

Keeping this memory alive in their heart and signing it back to all that lives became their gift, their mission, and the foundation of a beautiful way of life.

Humans were given the responsibility of all the vibrations on Earth. It was our honor and task to literally keep the Universe humming with its essential life force.

How Our Ancestors Cared for the Universe

Ancient humans felt (and many indigenous people today feel) a burning responsibility to show their respect, honor, and gratitude to Nature, to the Universe, and to Mother Earth which gave them life.

And so, they created rituals involving singing, dancing, lighting fires, and different types of prayer. These activities raised the vibration of the Earth and all life.

Their actions, carried out with great love and gratitude in their hearts, reinforced and strengthened the forces of nature all around them.

In turn, the Earth and the Universe protected and supported the humans, sharing with them the great abundance of existence.

It is commonly known by indigenous people that high-frequency vibrations activate consciousness, nourish what is hungry or weak, heal what is sick, and invite in the most luminous forces of Nature. – Arkan Lushwala

Some cultures also reflected this responsibility in their buildings.

The ancient Egyptians built massive pyramids, the construction of which was virtually impossible based on the technology of their time.

These buildings were aligned with the constellations and named after the shining light of the sun.

Lushwala theorizes that the humans who designed the Egyptian pyramids as well as the ancient temples in Guatemala, Peru, Mexico, and other places were creating “sacred mirrors to produce and freely share high-frequency vibrations.”

“They built a world on Earth which was like a mirror where the cosmic dance could reflect itself and resonate, and where all beings could receive the nourishment of this vibration.” – Arkan Lushwala

And so, we know from the wisdom of these people who lived thousands of years ago, that we as human beings on Earth, share an intrinsic responsibility to protect and care for the land.

We Are Failing as Caretakers

But today, due to a global economy driven by wealth and greed, humans are destroying the environment and with it the natural balance of give-and-take between man and nature.

Generally, worldwide, we are taking from the Earth far more than we are giving back to Her through respect and love.

At the same time, the indigenous cultures of the world — the groups who hold the ancient wisdom and in many cases still practice the ancient healing rituals that are so desperately needed — are disappearing.

For example, National Geographic states that 20% of the Amazon rainforest has been cleared in the past 40 years, and another 20% could be lost over the next 20 years.

The areas that are being cleared include the ancestral territory of many indigenous tribes that depend entirely on the surrounding environment for their food, water, medicines, and general health and well-being.

As these people are increasingly threatened, their populations decline and their traditions become diluted as they are exposed to the modern world.

Their young people may trade in the traditional language, songs, and prayers for a modern education and the ability to speak Spanish or English.

And as the older generations die off, worlds of ancient knowledge are being lost or abandoned. 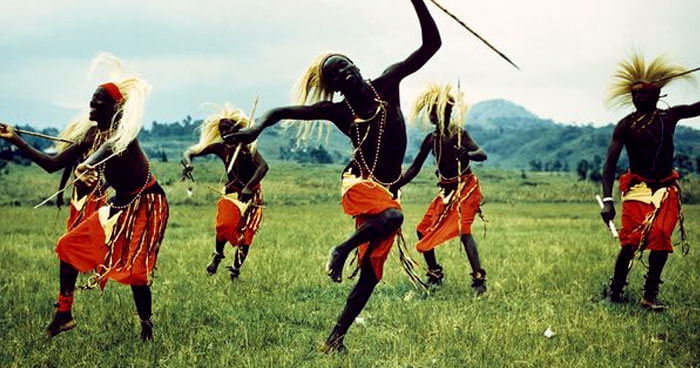 The ancient ways of singing and dancing to honor the Earth

What happens as these important rituals are lost? What is the effect on the Universe when fewer and fewer people are left who know the ancient ways of singing and dancing to honor the ground that we walk upon and the animals and plants that provide our nourishment?

Is that shift at the core of what is happening to the Earth now?

When forgetting to nourish the forms of life that nourish us, everything beings to decay and lose its radiance.

Humankind has consumed millions of tons of resources taken from the planet during the last decades … There isn’t any consistent practice or tradition used for compensating the Earth for all that is taken from Her.

What can we do to reconnect with the Earth and restore the brilliant vibration of all life, to give strength back to our world when people have already taken so much?

For if we can find a way to give back to the Earth, then She will most certainly have more abundance to share with us, and humans can live in increased prosperity (richness of mind, body, and heart) instead of being caught up in endless war, greed, and fear as much of the world is today.

Evolutionary Activism is a rising movement based on the idea that we, as humans, are aware of evolution and our place in the circle of life. We are the universe becoming aware of itself.

Ancient wisdom tells us that we were meant to be caretakers of the Earth, and so our consciousness points us toward an extraordinary responsibility to create a better world for all beings.

Thomas Berry says that the great work that we are facing at this time of evolution is for our species to make the transition from being a destructive presence on the planet to a mutually enhancing human-earth relationship.

… To really engage with the questions of creating a mutually-enhancing human-earth relationship, it is going to require tremendous boldness, tremendous brashness, tremendous commitment to get at the core of what needs to be engaged with.”

Movements such as Buen Vivir and Deep Ecology are calling for a change from the current paradigm to one of respect for nature; a shift away from consumption and consumerism and toward a more holistic view of humans’ place on the Earth.

What role will you play? What talents, knowledge, and deep heartfelt passion for your cause, will you bring forward to make our world more thriving, just, and sustainable?

Pachamama Alliance’s online course, the Game Changer Intensive, is designed to expand your sense of scale and situate yourself as a key part — not only of your community — but of the universe itself.

It will help you gain new perspective on your place in the world, and engage with our collective responsibility as human beings for our role in shaping the evolution of life on Earth.

The 10 Stages of Awakening That Everybody Has to Go Through Previous post
The Paris Climate Accord is GENOCIDE Against Plants, Forests and All Life on Our Planet Next post