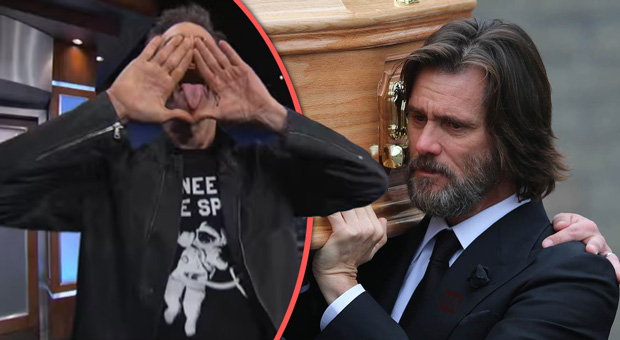 As news breaks that Jim Carrey will face trial for the death of his girlfriend Cathriona White, evidence begins to emerge of a deeper conspiracy behind the star’s sudden downfall.

A judge declared that the lawsuit against the Hollywood actor will go ahead after attempts by Carrey to have the case blocked were thrown out of court.

Mr. Carrey has been accused of using his “immense wealth and celebrity status” to illegally obtain the drugs that killed 30-year-old, according to court documents obtained by People.

According to Entertainment Weekly, evidence has come to light that Carrey’s physician was “engaged in a conspiracy to wrongfully and illegally provide medications to Carrey under false names,” without Carrey’s knowledge. 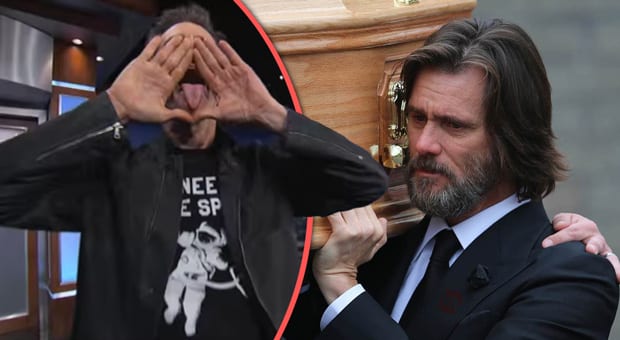 An analysis of the timeline of Jim Carrey’s demise shows a clear trigger point:

On November 14th, 2014, Carrey was a guest on Jimmy Kimmel Show in which he ran an extended joke where he revealed Illuminati secrets, delivered in his trademark over-the-top comedic style.

During a grand entrance to the show, Carrey makes Illuminati triangle hand gesture several times to the audience.

For an extended period, he makes the hand symbol while protruding his tongue from the center, with a curious but amused Kimmel watching from behind at his desk.

After the audience finally calms down, Kimmel asks, “What is that exactly? Is that a gang sign?”

Carrey responds with surprise saying, “Oh like you don’t know what it is,” to which Kimmel answers “No I don’t.”

Carrey then follows up by making the gesture again saying:

Carrey is referencing the triangular symbol that represents the Illuminati, the hidden governing force that controls all of today’s biggest industries, including banking, entertainment, media, military, and religion.

Illuminati references have become ubiquitous throughout Hollywood, as seen in a number of films, television shows, music videos, and even live performances.

Kimmel continues to deny any knowledge of the triangle symbol, to which Carrey finally reveals:

“Come on Jimmy, I’m here to blow the whistle off of this whole thing. I’m sick and tired of the secrets and the lies, it’s the secret symbol of the Illumi-nutty, and you’re a part of it. It’s the all mocking tongue.”

Carrey goes on to explain (with a not-so-serious undertone) how many people in the entertainment industry have been hired by the government to distract the masses by making us happy and docile so that we don’t know what’s really going on.

Carrey also adds that they decide these things “out in the woods in a circle, naked.”

Jim Carrey Takes on the Illuminati: ‘I’m Sick and Tired of the Secrets and the Lies’

Carrey’s performance on the show may seem like many who watched it as just another classic Jim Carrey sketch where he was mocking “conspiracy theorists“, but it was something that he is passionate about in his off-screen life.

Jim Carrey is widely known to have “woke” or “red pilled” – a reference from the Matrix in which you take the red pill over the blue pill to see how the world really works – and has studied global conspiracy theories such as the New World Order and the Illuminati. 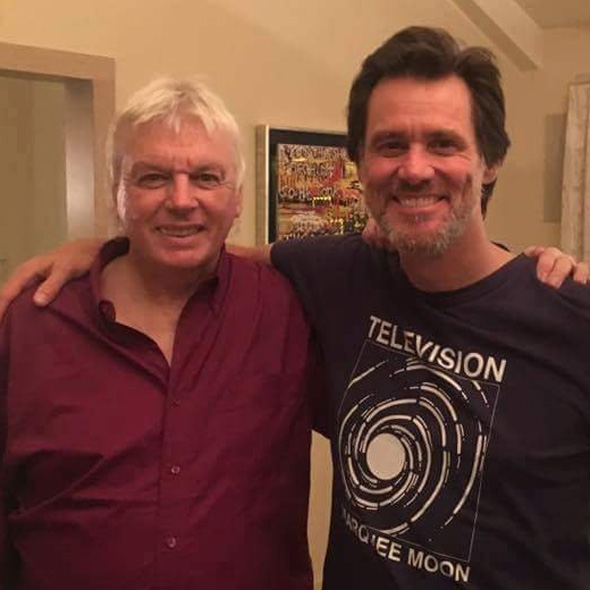 Speaking about the case of wrongful death, Carrey even cited an evil force being behind the tragic events saying:

“There are some moments in life when you have to stand up and defend your honor against the evil in this world.”

Perhaps the most interesting part of the whole situation is the suspicious timeline of events.

Carrey’s relationship with Catriona White was on-and-off from 2012 until her death in September 2015.

Filing a lengthy declaration in court back in October 2016, Carrey gave a detailed account of his relationship with White:

“Between 2012 and 2015, I was involved in two romantic relationships with Cathriona White,” he began his declaration.
“Although there were times during this period we were broken up, for much of the time between 2012 and 2015 we were together as a couple, including after she reached out to me in November 2014 to reconcile and resume out relationship which lasted until her death.”

According to People, White reached out to Carrey for a reconciliation just two days after his appearance on Kimmel, and from this point, a downward spiral begun and ended months later with her death.

Although Ms. White was a long term sufferer from depression, Carrey claimed that she was never suicidal before the November 2014 reconciliation.

In Carrey’s 10-page declaration, he also noted that his late girlfriend had secretly married another man while they were still together.

“To my surprise, I later learned that in January 2013, Cat married a man in Las Vegas for her green card, while at the same time maintaining her actual relationship with me,”

Carrey has been accused of illegally providing the Irish make-up artist with prescription drugs that were a factor in her suicide and is due to face trial for her wrongful death later this year.