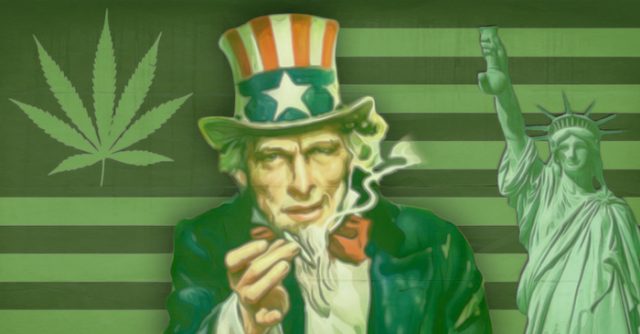 The Drug Enforcement Agency just admitted that cannabis has never killed anyone. Ever.

They also acknowledged that the little green plant, which has been used across civilizations for thousands of years, causes “merriment” and “happiness.” But they still want to keep it illegal.

The new 94-page report released this week is entitled “Drugs of Abuse” and is intended to foster a better understanding of the dangers of drug consumption. 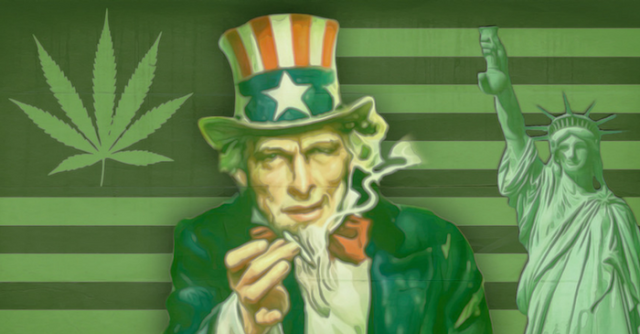 “Drugs of Abuse, A DEA Resource Guide, is designed to be a reliable resource on the most commonly abused and misused drugs in the United States.”

While the report correctly includes seriously dangerous drugs like heroin, fentanyl, and pharmaceutical opioids, it also includes substances increasingly proven to be far less harmful than the government would like its citizens to believe — “drugs” that actually have medicinal properties.

The report fails to acknowledge these benefits throughout its in-depth explanations.

Nevertheless, when it comes to cannabis, the DEA is surprisingly honest, at least in part.

Describing the plant for what it is — a “dry, shredded green/brown mix of flowers, stems, seeds, and leaves” — they note that “[n]o deaths from overdose of marijuana have been reported.”

They even acknowledge that cannabis use can cause “[m]erriment, happiness, and even exhilaration at high doses,” as well as “[d]isinhibition, relaxation, increased sociability, and talkativeness.”

Of course, the report focuses far more on the “dangerous” effects of the plant, including bronchitis, emphysema, paranoia, anxiety, panic attacks, and a litany of other alleged dangers.

Despite the fact that research has found marijuana use has few significant effects on lung health — far less than legal tobacco use — and the fact that mounting evidence shows varieties of cannabis like CBD (cannabidiol) can help treat anxiety and other mental health ailments, the DEA displays no such nuance in their explanations, instead appearing to base their assessment of safety on the legality of the drug.

For example, though they claim cannabis can cause nausea, they go on to explain in the very same section that:

“Marinol, a synthetic version of THC, the active ingredient found in the marijuana plant, can be prescribed for the control of nausea and vomiting caused by chemotherapeutic agents used in the treatment of cancer and to stimulate appetite in AIDS patients.”

Indeed, though cannabis is indisputably a form of medicine, whether for nausea, anxiety, Parkinson’s disease, Crohn’s disease, chronic pain, or countless other disorders, the DEA insists that because it is a Schedule I drug, it has no medicinal value.

The same pattern emerges with psychedelic drugs, which the federal government also claims have no medicinal value despite increasing evidence that MDMA can help treat PTSD (the FDA itself has authorized research into the drug’s potential for helping those who suffer with it) and that psychedelic mushrooms and LSD can help treat depression.

None of this is acknowledged in the report. Instead, myths that they are addictive and dangerous abound.

Further, conspicuously absent from “Drugs of Abuse” is one of the most dangerous, addictive, and harmful drugs in the history of mankind: alcohol.

According to the government, itself, alcohol is responsible for 88,000 deaths per year in the United States, and 15.1 million Americans suffer from “Alcohol Use Disorder.”

But the substance remains legal. Interestingly, the alcohol industry remains one of the largest anti-marijuana legalization lobbies.

The agency’s dogmatic adherence to arbitrary law is the reason why alcohol is excluded from this comprehensive attempt to educate Americans on the dangers of substance abuse.

As the report explains in the introduction:

“There are also a number of substances that are abused but not regulated under the CSA [Controlled Substance Act]. Alcohol and tobacco, for example, are specifically exempt from control by the CSA,” and are therefore not included in “Drugs of Abuse.”

For example, the report lists benzodiazepines like Xanax as potentially addictive drugs, noting that those who use “benzodiazepines to treat anxiety are likely to be physically dependent on that medication.”

But according to the CSA, on which they base their entire drug enforcement agenda, drugs like Xanax have “low potential for abuse and low risk of dependence.”

This is patently false, as 13.5 million Americans are dependent on drugs like Xanax, overdoses are on the rise, and side effects of quitting the drug include heart palpitations, panic attacks, and seizures in extreme cases.

Yet the DEA, which enforces the CSA, admits in its own report that Xanax causes physical dependency.

Ultimately, while the DEA admits cannabis has never caused deaths and can make for a good deal of “merriment” and “exhilaration,” the most telling aspect of the report is the futility of banning drugs in the first place.

The exclusion of alcohol from this report — except the countless instances where it acknowledges that the drug can intensify other drug experiences — shows the federal government’s tirades against “drugs” have nothing to do with keeping people safe.

Prohibition in the 1920s proved this, and the ongoing failure that is the “War on Drugs” continues to prove it today.

Even abusing the dangers of cannabis, MDMA, and other drugs the DEA lists in its report are accurate, the fact remains that other legal drugs pose just as many, if not more dangers, and individuals should be free to take risks with their own health, just as they are with alcohol and tobacco.

Legal or not, people will find ways to use drugs, and while the authors of “Drugs of Abuse” likely have good intentions, their efforts are futile in their lack of honesty about many of the substances listed and their continued belief that more government and throwing non-violent people in cages will solve the deeply-rooted problem of addiction.